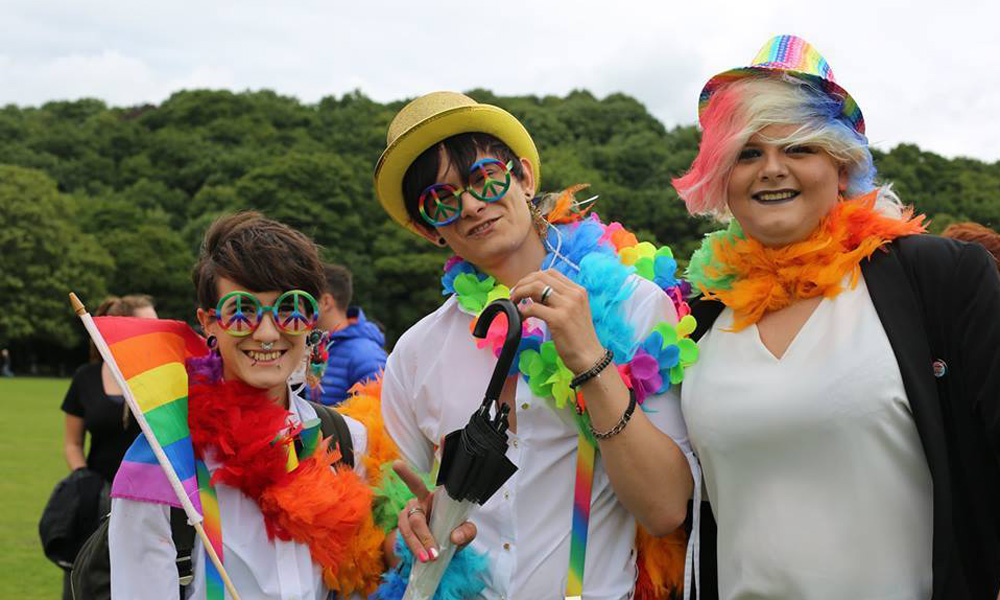 Sheffield is a city that welcomes everyone, and has a thriving LGBT+ scene. From bars and clubs, through to special interest groups and support networks, whatever you need, we have it!

Here are some of the LGBT+ bars, groups and services offering you support and fun during your time in the steel city.

You can’t really say you’ve been out in Sheffield until you’ve crawled out of Dempsey’s on a Sunday morning, wide-eyed after one or two, or five cocktails and a night of pretending you're a pole dancing expert.

While its doors open for a more sedate experience during the day, it really finds its crowd late into the night of a weekend. However to get into the club upstairs you will need to be a member if you don’t want to be handing over a note or two at the door. Oh, and the DJ will play anything you ask. Seriously, anything.

With lights, podiums, show nights, drag and tribute acts, and some of the best drinks deals in Sheffield, OMG is a quintessential LGBT night out. Get ready for playlists ranging from new Cheryl, old Britney or a Spice Girls megamix.

Open every Tuesday 10.30am-5.30pm, the café is run by LGBT Sheffield who aim to give Sheffield a unique, centralised and shared LGBT identity, bringing together the various groups, communities and services within the city.

A safe space in the Sheffield University SU with comfy sofas, a computer, a library of LGBT+ related books and DVDs, a TV, leaflets, magazines and sexual health resources.

Love a good sing song? Sheffield’s gay choir meet every Wednesday from 7:15pm to 9pm. There’s no auditions, so even if you’re tone deaf but love singing, go along!

Fancy yourself as a film star? Or maybe you prefer to be behind the camera? If you’re interested in film try E.D.E.N - they produce films with the aim to promote equality and awareness of the issues concerning the LGBT+ community.

A safe space and social/support group for those who are LGBT+ and Christian. The group meets twice per month for socials, speakers, discussions, bible study and prayer.

Love Pride? Want to get involved with organising the event or volunteering on the day? Then join the Pride committee and help in creating Sheffield’s biggest LGBT+ event.

Proud is a brand new LGBT+ club night launching on 6 October at Sheffield Students’ Union, which aims to reinvigorate Sheffield’s LGBT+ party scene, celebrating diversity in an inclusive party space. Hosting two rooms of music on the first Friday of every month, expect music ranging from house and disco to cheesy pop and RnB - with freebies, colourful cocktails, vivid decor and gender-neutral facilities. 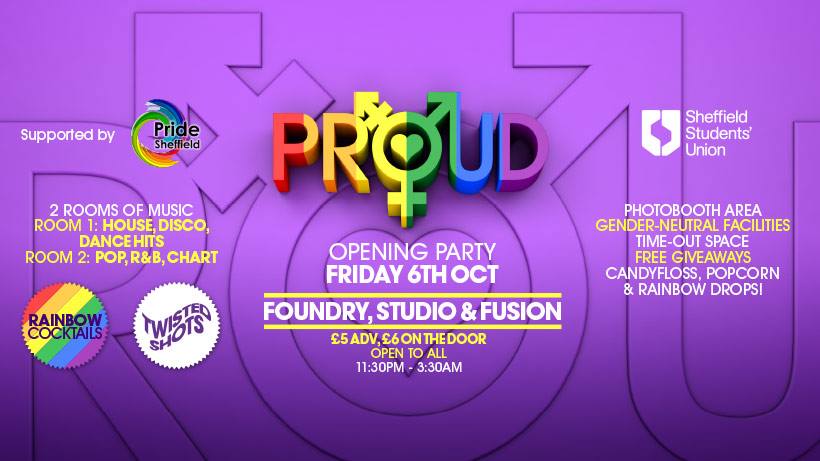