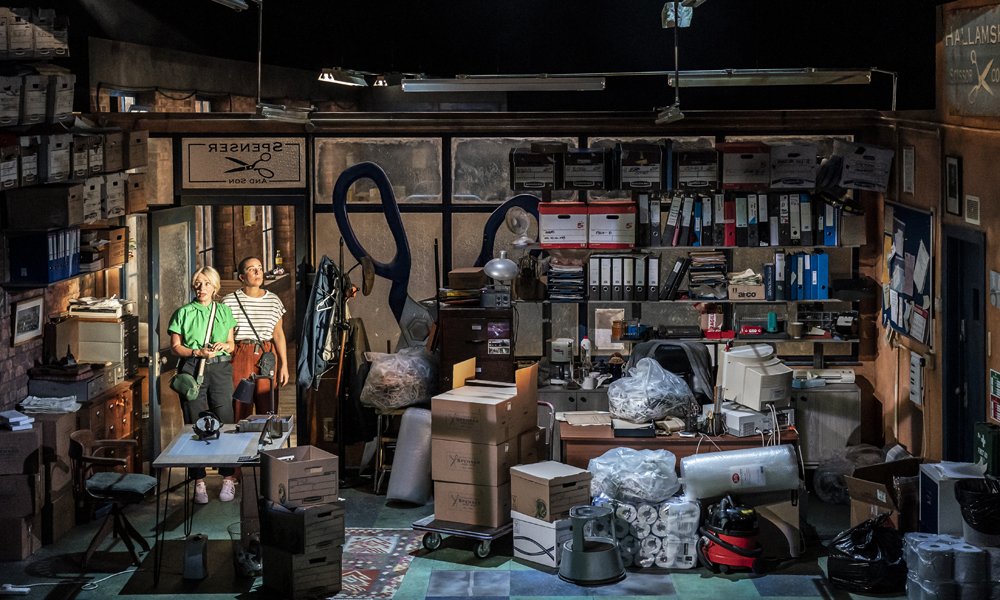 It was a huge undertaking. Three plays, three venues, all to be performed by one cast simultaneously. Did Sheffield Theatres manage to pull it off?

When Sheffield Theatres were discussing ways they could mark the 50th anniversary, the idea of Rock/Paper/Scissors was conceived. Having three different plays performed in three venues at the same time by the same cast was something that had never been done before.

This is largely because there are few theatre complexes outside of London that have three in such close proximity. Still, it was an experiment that could have gone drastically wrong. Thankfully, it didn't. Even more than that, it was fantastic. With three performances relying so much on timing, they never missed a beat. The cast moved so seamlessly from one stage to the other that, unless you've seen all three - and you should - it would be hard to spot anything out of the ordinary. By the time we got round to the last play of the day in the Studio, Scissors, it was only then you knew where cast members leaving the stage were going and for what purpose. You don't have to see all three plays to get the full story - you'll be happy seeing either of three - but it does add to the overall experience of what Sheffield Theatres set out to do.

Rock/Paper/Scissors is all written by Chris Bush, the writer of Standing at the Sky’s Edge, and centres around the fate of a scissor factory, Spenser & Sons, whose owner is recently deceased. The owner's sister, stepdaughter and the current manager of the factory all have claims on what the future of the factory will be and these three stories are told in the three plays, ultimately reaching the same conclusion.

Rock, which is performed at the Crucible, centre's around Denise Black's character Susie who is the sister of deceased owner Eddie and has grand plans to turn the factory into a state-of-the-art music venue. 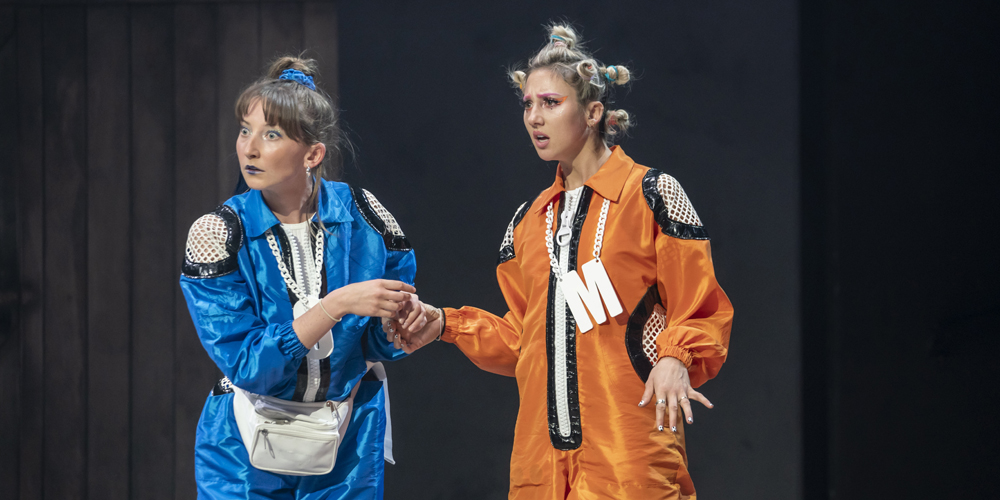 "I'll fight for this. I'll fight to leave something behind," she says. "Tell me you can see it. Tell me you can hear it. Close your eyes and it just comes pouring out of the walls." Susie enrols the help of photographer Billy (Alastair Natkiel) and young girl group Cocodamol, played by Daisy May and Chanel Waddock, to sell the idea. Susie used to be a rocker and a radical, she was the future once but not any more, and sees this as her opportunity to leave a legacy. She wants to to make the city sing again, if it’s the last thing she does.

Denise Black is superb as the Marianne Faithfull-esque Susie, full of fire but ultimately just craves her moment in the spotlight once again. She is ably supported by long-standing friend Leo (Andrew MacBean) and photographer Billy. There are some great musical moments with a nod to Sheffield's heritage - Arctic Monkeys, Jarvis et al - that enhance the performances even further. Paper graces the Lyceum Stage and is a story of love, of family, and of the obligations that bind us to each other. Stepdaughter Faye (Samantha Power) and her partner Mel (Natalie Casey) also lays claims to the factory and have grand ideas to develop the site. They have enrolled the help of Commercial Design Consultant Xander, played by Leo Wan, to help them visualise their dream. There's just one problem - no-one can find the necessary paperwork . Scissors was the funniest of the three plays and definitely the most intimate, performed in front of around 100 people in the Studio. The language was a little vulgar at times too but echoed the workshop environment in which this play was set. Despite owner Eddie's passing, the scissor factory is still an active entity and is under the stewardship of Omar (Guy Rhys) who oversees four apprentices who are coming to the end of their 12-month tenure. In the midst of trying to complete a 'big order for China', and kept largely in the dark about the other events taking place in the factory, they contemplate the future of the business as well as their own. Do they have any claim to the factory and if they did would they actually want to stay on - or get a job at Ikea as the excellent Mason, played by Jabez Sykes, considers. There's a great dynamic between the four apprentices - Mason appears mardy but is forthright and believes in what they are creating; Trent (Joe Usher) is the calming influence on the group, or so we think; Liv (Maia Tamrakar) wants to follow in her great-grandmother's footsteps but struggles to admit that to herself; whilst Ava (Dumile Sibanda) is perhaps the most pragmatic but can also see the potential of the factory. As the play unfolds you discover they all have their secrets but it's the bond they share that holds everything together. It's funny, yes, but also moving too, touching on matters of self-harm, homosexuality, alcoholism and anger. The only member of the cast I've not mentioned is Lucie Shorthouse who plays Omar's daughter Zara. Helping her dad out at the factory, she flits between the three plays without ever really finding her place in everything. Is he meant for greater things or could she make a difference to what's happening here and now? You'll have to go and see the plays to find out.

The stage sets throughout are simple, obviously easing the transition between venues. You move from a vast warehouse at the Crucible to a cramped office at the Lyceum and noisy workshop of the studio. But it's the actors who take centre stage. What they achieve across the three plays is nothing short of fantastic and huge credit must go to them - they all play their part - as well as Sheffield Theatres who had this crazy idea to begin with.

Did they manage to pull it off? It's a triumphant yes from me.

All photographs taken by Johan Persson 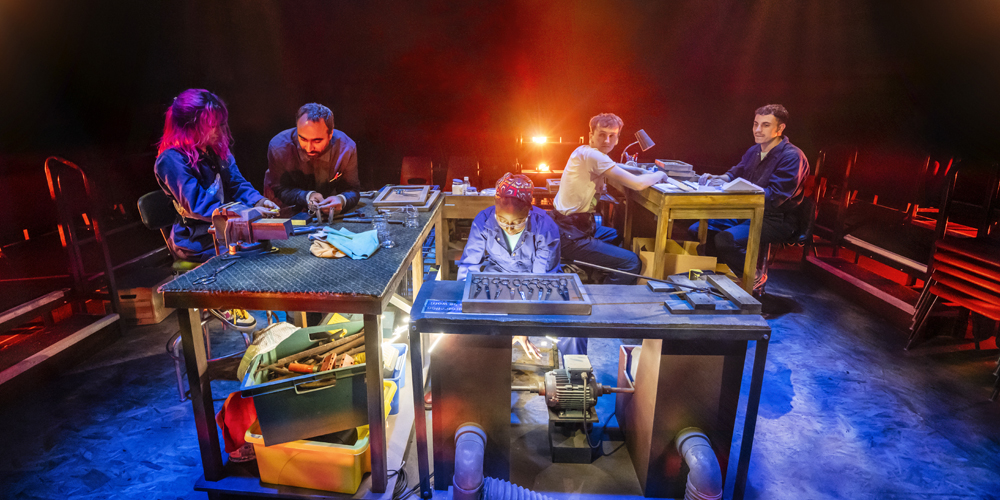