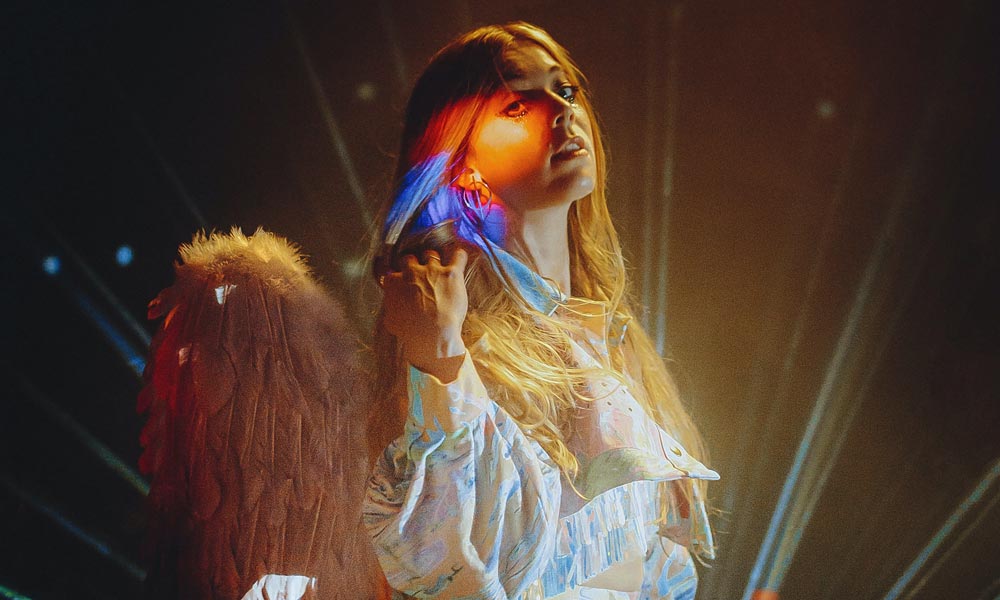 Becky Hill promoted her debut album at the 02 in Sheffield, VIBE caught up on the action.

Only Honest On The Weekend – what a way to introduce her long-awaited debut album. Becky Hill, known best for her Top 10 hits and number one singles: the infamous “Gecko” (Overdrive) or her pop/rave favourite “Afterglow”, performed last night at the O2 in Sheffield.

Opening with “Heaven On My Mind”, the luminous cube frames behind her lit up as did the crowd. Followed by global and personal favourite “Afterglow”, Becky excited the crowd with her powerful voice and fitting song ‘Lights and Action’ were certainly at play, as were screaming fans. Mixing new with old, the pop singer introduced her slower melodic songs from her new album between her high energy singles, to keep the crowd engaged.

I know her for her songs but loved for her personality, giving recognition and special thanks to her backing and band, whilst encouraging them upfront for a sit-down performance of her new song “Lessons”. Performing another new hit “Business” next, but with a commendable touch as she sung this as a duet with her backing star Lovelle Hill. Fellow voice contestant and female singer, Lovelle was introduced as her “sister from another Mister” and their connection was clear as the two lit up the stage with their exceptional rendition and clear talent.

Regardless of which numbers she performed, her personality shone through, with her chat between songs resulting in a self-reminder “Stop waffling Becky!” However, these moments sparked emotion in the crowd; she explained the passion and pain behind some of her newest songs; sharing that: "When I was on tour, there was one part of my life that was missing and that was my partner. This song (“Distance”) goes out to anybody that’s lost someone."

After a trio of ‘Only Honest On the Weekend” songs, she lifted the crowd. ‘Shall we pick the party back up’ was shouted as she followed with the deep house favourite ‘Loose Control” and the crowd definitely did. Somehow finishing with as much energy as she first brought on stage, Becky performed “Remember”, produced with David Guetta and certainly the right choice for her electric finale.

Both Becky and her loyal fans have been through lockdowns, cancellations, reschedulings and disappointment to meet last night, but this uplifting, vibrant and enthusiastic pop performance was well worth the wait.