Off the Shelf preview 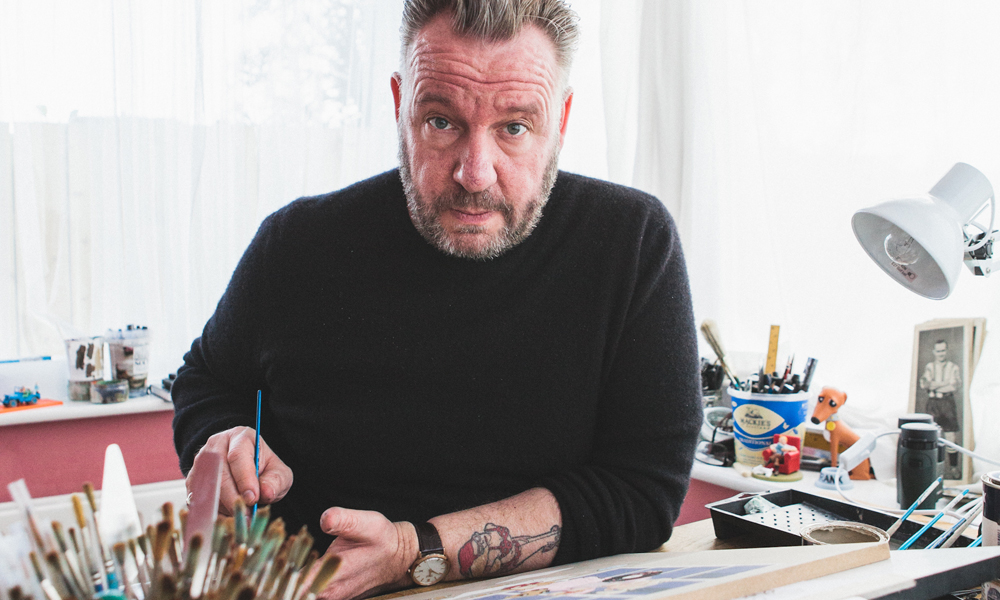 Our highlights for Sheffield’s Festival of Words

This month, Sheffield plays host to a programme of talks, performances and interactive events that explore all sorts of topics. From talks with influential Sheffielder Pete McKee to a series of inspiring discussions from the festival’s guest curator Francesca Martinez, on ‘How to Build a Better World’.

While aiming to ignite a sense of shared pride in all things Sheffield, the festival also seeks to make you think, with an eclectic programme of talks, exhibitions and workshops from local experts and academics who want to inspire others to get asking questions.

Now in its 25th year, the festival spreads across the city with locations at both universities as well as places like the Moor Theatre Delicatessen and Crucible Theatre.

So, as the festival reopens its doors for another year of inspirational written and spoken word, why not share in the discussion and go along to any one of the festival’s 200 events. Here, we’ve picked our favourites.

Malawi-born artist, illustrator, print-maker, hip-hop musician and Sheffield resident Kid Acne, whose artwork can be seen worldwide, talks about his journey to wider success in the UK street art scene and promotions for Prada, among others.

Professor of gastroenterology at the Royal Hallamshire Hospital and University of Sheffield, David Sanders asks, “Where does the hype end and science begin?”. Drawing on personal research findings and fresh evidence from the academic world, Sanders sorts through the myths and misperceptions surrounding gluten and seeks to set the tables right.

Sheffield local and previous contestant of the BBC’s The Great British Bake Off, Howard Middleton, holds a series of demonstrations of gluten-free recipes from his book, ‘Delicious Gluten-Free Baking’. Taking a creative gluten-free spin on numerous recipes, much like his stint in the Bake Off tent, Howard aims to cover recipes that needn’t rely on gluten, and therefore encourage those less keen on going without that it is possible! What’s more, afterwards you can tuck in to a three-course meal sans-gluten – now that’s Vibe’s kind of talk.

All events are free and open to all, no need to book

As a series of talks from academics at the University of Sheffield, Ideas Alive at 5.45, is, funnily enough, held at 5.45pm throughout Off the Shelf month. With talks on coping with explosions to the Birth of Socialist Realism in the West, why not saunter on down to the Common Room for a post-work drink (True North Brew Co. will supply the bevs) and intellectual discussion with esteemed academics in the field.

Celebrate the Spirit of the Rainbow Heron

Sheffield Soup winner The Rainbow Heron uses creative activities to alter views surrounding mental health as well as supporting young artists to kick-start their own projects. Following the death of her daughter Dora, who dealt with a past of anxiety and depression, Patricia began The Rainbow Heron to redefine mental health and offer a safe place for young people to come and talk about their problems. The evening itself is set to be filled with poetry, music and dance performances inspired by Dora’s life, while also posing questions about mental health and our approaches to it.

Think you know your rum? Want to know more? Look no further for a comprehensive guide to classic, new generation and premium rums and learn exactly how to get the most from them. Join Dave Broom, journalist, author and broadcaster, on all things spirit-related for an evening of detailed information on over 100 different rums. This is also a great chance to sample a selection of featured rums, so you too can flex your expert taste buds!

A Gremlin in the Works – Mark Hardisty

Following the publication of his book A Gremlin in the Works, Mark Hardisty offers a full history of Sheffield-born software house, Gremlin Graphics, along with chances to play some of their most iconic games. As a company that rose from the ashes of economic decline, founders Ian Stewart and Kevin Norburn used their small shop Just Micro to source the creative minds that soon lay behind Gremlin Graphics. Hardisty provides interviews, unseen archive documents, game imagery and photographs that exemplify a Sheffield company that has really made its mark.

The Unsung with Genevieve Carver plus support by Ruby Robinson

An evening spent with Gevi Carver and Ruby Robinson is set to be one alive with many (11 to be precise) great tales. As a poet and spoken word artist based in Sheffield, Gevi is known particularly for her pieces that touch on themes ranging from Sheffield office parties to dead musicians – looking into how music can affect the lives of those who love it most. Ruby Robinson is also set to perform her new collection Every Little Sound.

For an afternoon of inspirational discussion, come along and hear Girl Gang and #sheffieldgirl founder Auriel Majumdar talk about wonderful Sheffield women and their music. As a group of creatives, artists and musicians, Girl Gang are a collective that promote self-love and positivity and want you to share in it. You’re also encouraged to bring along your very own musical memory, whether that’s an old ticket stub or a selfie at a gig.

As a fan, colleague and eventual friend of the late David Bowie, Lesley-Anne Jones shares a very personal portrait that reveals unseen aspects of Bowie as we knew him. As Lesley’s inspiration to become a music journalist, Bowie was a huge influence on her and her work.

If you’re one for audience participation, then the Young Writers Open Mic night is sure to tickle your fancy. An evening that celebrates your words, whether that be in the form of poetry, short stories, raps or songs, tonight is the night for you to put it all out there. No previous experience required!

Free – must book in advance

Join Peregrine Church at the Winter Garden where he is set to talk on his new project It’s Raining Words. The American street artist is best known for his creation of water-activated art, and this time around he’s brought his amazing work to our very own doorstep. All work will have been revealed in various locations across the city by 29 October, showcasing poems including text from playwright and writer Alan Bennett. Finally someone who’s harnessing Sheffield’s wet weather!

Artist, musician and football fan Pete McKee talks with Professor Vanessa Toulmin about his numerous works. Touching upon his collaborations with Paul Smith, Arctic Monkeys and Noel Gallagher, he discusses how Sheffield has served as a constant inspiration for most of his work, and continues to help shape his future plans.

Francesca Martinez – How to Create a Better World

As this year’s guest curator, Francesca Martinez is set to treat us with a series of talks centred on finding happiness and indeed creating a ‘better world’. Herself a ‘wobbly’ comedian, writer and actress (she starred in five series of Grange Hill) who has toured internationally, Francesca has previously written and spoken on topics relating to motivation, facing your fears and defying expectations. This time around it’s all about creating a better world through art, compassion and action. Francesca invites experts for discussions on each theme, as well as running feature films by artists including Amir Amirani and award-winning creator Ken Loach.