Meet the cast of Everybody’s Talking About Jamie

The Crucible’s new musical Everybody’s Talking About Jamie is a coming-of-age story with a twist.

Written by Tom MacRae, it tells the real life tale of a 16-year-old boy with a secret, one he will reveal to his classmates at the biggest event of the school year – prom.

Directed by Jonathan Butterell, with a pop-tastic soundtrack by The Feeling’s Dan Gillespie, Everybody’s Talking About Jamie is based on the 2011 BBC3 documentary Jamie: Drag Queen at 16, which follows a gay teenager as he prepares for prom – where he will wear a dress. 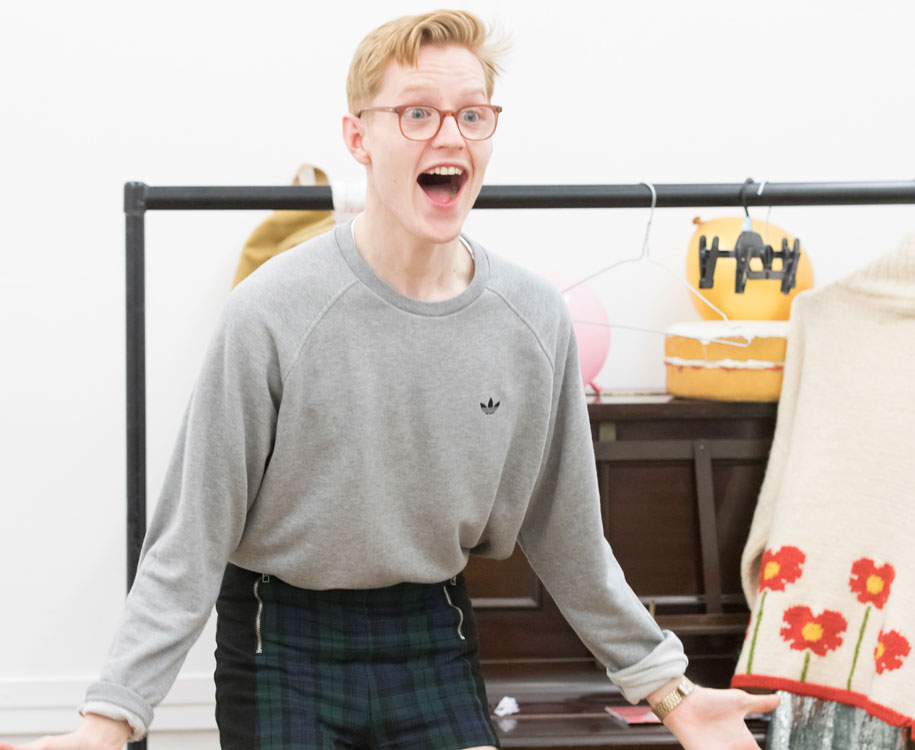 The real Jamie was from Tyneside, but the show is set in Sheffield – can we expect a lot of Sheffield references?

Our director is from Sheffield so moved the story to the place he knew the most, he said it would be foolish not to base it here. There are so many Sheffield references! We’ve got Meadowhall, Crystal Peaks, Parson Cross, there are loads which is lovely.

You’re portraying Jamie’s real life story, what research has gone into the role?

I watched the documentary when it first came out anyway, then about two years ago I got the part and I was just obsessed. I live in East London, which is where the real Jamie lives now, so I used to see him out and about. For a long time I knew who he was, but he didn’t know who I was, so it was a bit stalkery. Then we finally met and he’s such a lovely boy - he’s so excited about seeing his story being brought to life. I can’t imagine what that must feel like as a 22 year old, it must be mind-blowing and overwhelming - I just hope we do it justice.

One of the crazy things is that Jamie did all this, he was so ballsy and he did all this on television, before Ru Paul's Drag Race and before drag became really popular. It’s a pleasure to play him, because he’s just so great and brave.

The show is a lot of fun but also explores a lot of issues surrounding Jamie’s relationships with his friends and family, how was that?

At the very heart of it, for me, is the story of a mother and a son. That is one of the relationships they’ve really taken from the documentary, the real Jamie and his mum was beautiful to watch, they seem like such good friends and such equals.

It’s a beautiful, open, honest relationship that goes through some really hard challenges because they’re both trying to protect each other and keep each other happy. By the end of the show they realise they were happy enough anyway, they were making each other happy and they didn’t need to try so hard.

Dan Gillespsie from The Feeling has written the music for the show, what can we expect from the soundtrack?

There are some real catchy tunes, I’m having so much fun, I love singing pop. The songs are really fun and catchy and every character has their own genre. It’s all pop but Jamie‘s is very progressive - very Michael Jackson, very Pharrell - its what kids his age are listening to. Whereas his mum’s songs have got a bit more of a soul vibe, a bit more of her era. There’s a nod to everybody’s era and it’s beautiful.

And finally, what’s the main message people will take away from the show?

I think people will take away a story of acceptance, self-love and going on a journey. Going on a really long journey to find out that you were really great when you started off, and there are no answers in life. Jamie’s 16, he wants to be a drag queen, but he doesn’t know how to do it. The truth is no one is going to tell him how to do it, he has to work it out for himself and that is a universal thing for everyone - whether you want to be drag queen, or a teacher, or a plumber or a scientist… or a nun! You have to go and find it for yourself because no one else can do it for you. 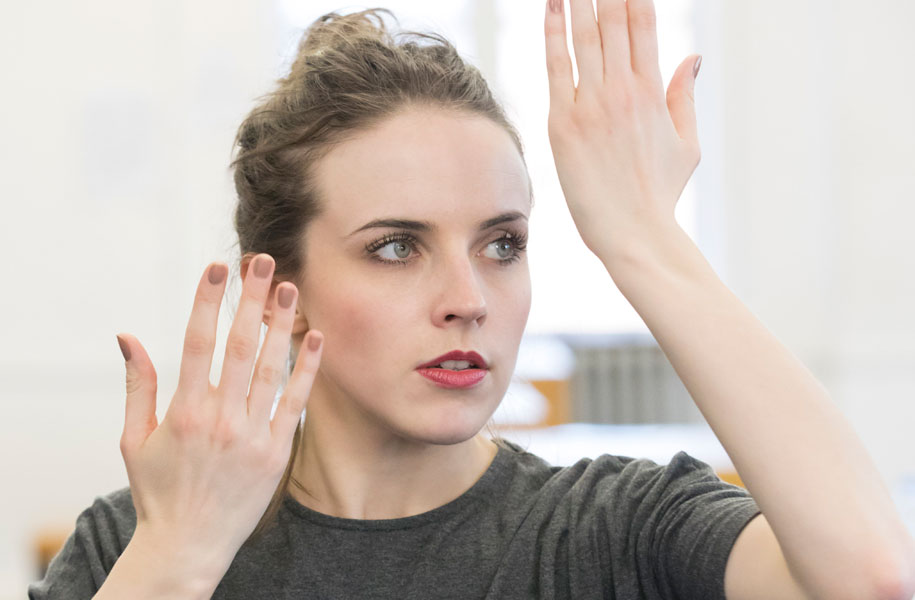 What role do you play in the show?

I play Bex, She’s quite loud, very confident, very popular, which wasn’t me, I was very quiet and did my work. Bex and her friend Becca come as a twosome, they’re thick as thieves and really good friends with Jamie, they like the idea of a novelty gay friend.

They can talk to Jamie about boys and dresses, and that’s fun. He’s very much involved in prom planning which the girls are very hot on because it’s that time of the school year. They’re prom girls, not GCSE girls, they’re all about prom – what they’re going to wear, who’s going to take them and Jamie is very much involved in that, unlike other lads. It’s a very fun friendship.

How do Jamie’s friends help him on his journey?

There’s quite a pinnacle point at the end of the show where Bex and Becca have got Jamie’s back - they’re all for him being who he is, which is lovely.  For people who are young and don’t necessarily understand issues of self-acceptance to say, “no we’ve got your back mate, we’re your pals and the people that aren’t for it can get lost,” I think it’s a really important message.

This story is so current, especially at the moment, it’s so important to tell right now. It couldn’t be a better time, what with everything that’s going on with the world at the minute, it’s a crucial message to tell.

Listen to the songs from Everybody’s Talking About Jamie

Get tickets for Everybody's Talking About Jamie. 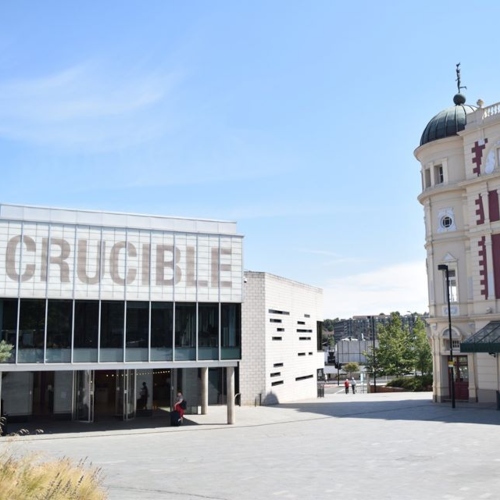 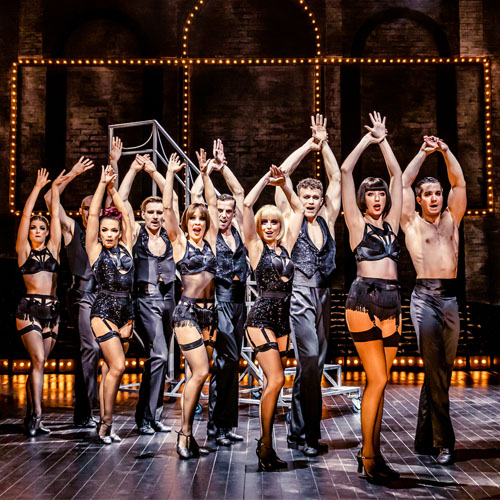 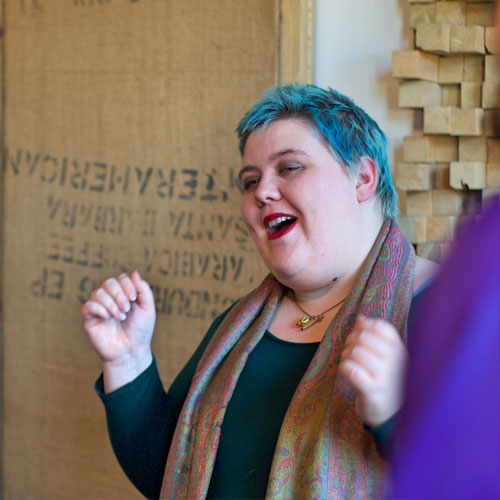