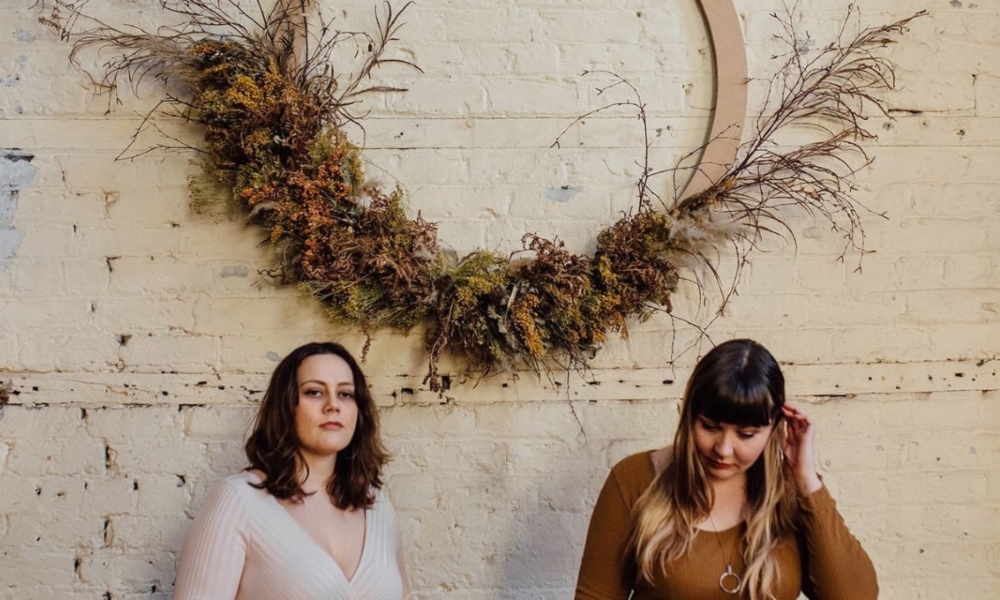 Perfect with your morning coffee, Before Breakfast are a dynamic folk-pop duo who pack an emotional punch.

Gina Walters and Lucy Revis, the friends behind Before Breakfast, have been attracting attention in Sheffield since their first single in 2017. Their catalogue is full of powerful, emotive songs, anchored in strong melodies with dreamlike harmonies. VIBE caught up with Gina and Lucy, to talk about storytelling, the pressures of womanhood, and the strange world we're living in...

"We met at university," says Gina. "We were on the same music course, and Lucy was the first person to speak to me - but we weren't proper pals until we graduated. Lucy was too cool for me."

"Correct," Lucy says. "You missed the part where we lived together for seven years!"

Before Breakfast's most recent single, Stand, was released this February. Like many of their songs, it examines the pressures and anxieties of womanhood in a bold, almost theatrical way.

"I always thoughy by the age of thirty, I'd be married, have at least one baby, and have life sorted." - Gina

"I always thought by the age of thirty, I'd be married, have at least one baby, and have life sorted," says Gina. "Although I know that these are societal pressures, that doesn't mean we don't feel them in a big way sometimes. It turns out I am far from that point in my adult life, if I'll ever get there at all. Teenage me would be so shocked!"

"Stand always gets a strong reaction when we play it live," adds Lucy. "It feels a little like how our first song Fat Child (2017) felt; lots of women reacting and telling us how they relate to it. It’s also fun to play, because unlike most of our songs, it took approximately one million years for me to sing and play it at the same time correctly. So I get a sense of achievement when I make it through!"

Before Breakfast have an eclectic sound which eludes comparison, drawing influence from everything from folk to classical. "My inspirations are ever-changing," says Gina. "Vocally I love Jessie J, Natalie Weiss and Lianne La Havas right now. Lyrically it's usually Villagers - he's an incredible storyteller."

"I draw a lot of inspiration from other session musicians I work with, when I'm not B-Breakfasting!" says Lucy. "I rarely play in genres I would listen to, but that means I'm intimately exposed to music which pushes me, and musicians at the top of their game. I have to pretend I know what I'm doing, until I eventually do!" 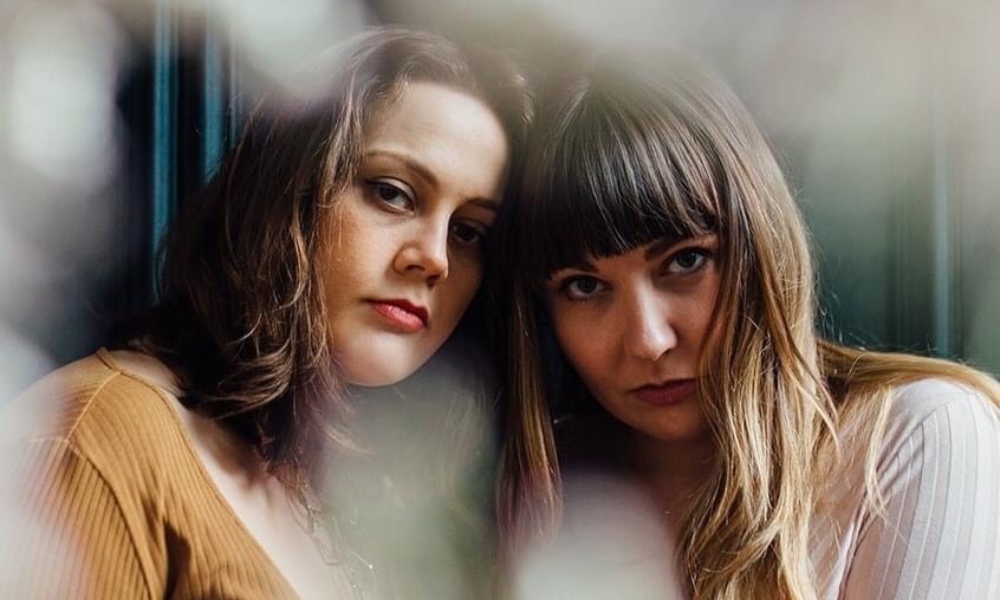 Like all local and national artists, Before Breakfast have been affected by COVID-19. It's the thing no one wants to talk about, but at the same time, it's impossible not to. "We had a fifteen-date tour cancelled, and we lost all of that exposure, income and content," says Gina. "All the venues are shut, so there's no physical, local scene right now. We've joined one big global, digital scene! There are some lovely digital collaborations happening online at the moment from local musicians. Liz Hanks started Garden Gigs, and now they're happening all over the city and being covered on the BBC - which is a wonderful achievement, and a testament to the communities we have here."

"It's great to see so many people upload and share their music," adds Lucy, "but I'm also aware that it's becoming so full, that either people will reconnect and be desperate for live music on the other side...or they will need the quiet and time away. I just can't tell right now. I'm making sure I don't mindlessly scroll through everybody's live streams right now - my need to perform is strong, but I don't want to beat myself up because we aren't always on them too."

"The album is coming, but due to the virus our recording process has sadly been halted," says Gina. "We'll do our best to reschedule our tour for Autumn, but to be honest right now I'm just taking it day by day. God knows how all these artists are creating so much right now - how on earth do they have the head space and energy? There will probably be no Isolation EP, put it that way."

Lucy agrees. "It's so hard to write lyrics when you don't know what the hell is going on. Isolation brain is a strange thing."

"It's so hard to write lyrics when you don't know what the hell is going on. Isolation brain is a strange thing." - Lucy

"But if you want to help us and other bands," adds Gina, "buy merch, buy music, stream music, share our stuff online."

Before Breakfast's music is deeply personal and rooted in the female experience. They've even described themselves as "telling stories mainly about being a woman." There are infinite ways to experience womanhood, however - so is their music primarily about the personal, or the universal?

"I feel like most lyrics can be interpreted in a variety of ways," says Lucy, "and certainly I'm narcissistic enough to enable many songs to feel like they were written just for me. Gina (and a tiny bit me) don't venture into incredibly literal lyrics anyway, so maybe that helps."

"That's got me wondering whether our tagline is appropriate," says Gina. "Our lyrics have always drawn from personal experience, though I hope we cover a fair amount of the more obvious feelings and issues that women (and others) can relate to. I'm not here to be an Instagram therapist, though - I certainly don't want to claim I have all the experiences of all women under my belt!"

"I'm not here to be an Instagram therapist, though - I certainly don't want to claim I have all the experiences of all women under my belt!" - Gina

Lastly, VIBE wants to know what Before Breakfast have got coming through their speakers right now. Whilst coronavirus may be catapulting local musicians into a global, digital music landscape, we think it's important to keep spinning the sounds of Sheffield.

"We were so happy to be invited to sing and play with Oh Papa on their tune Magnetic - it's a legitimate classic," says Gina.

"I met Holly Redford Jones through a pal at a Skinny Pelembe show," says Lucy. "Her single is great, as is Skinny Pelembe. That night was a who's who of BBC Introducing Sheffield!"

When all this is over, we'll certainly be back to our beloved local venues - and we hope to see musicians like Before Breakfast there, doing what they do best.

Find Before Breakfast on Spotify, Bandcamp and their website.