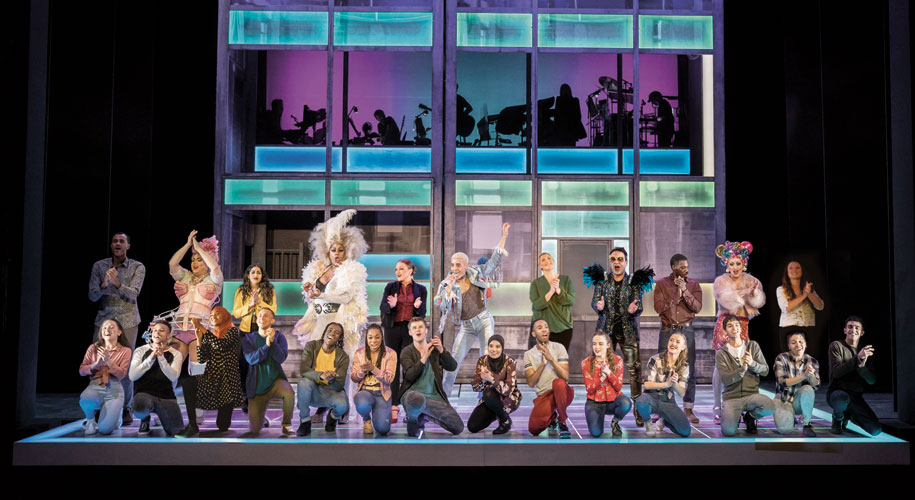 Ahead of its return to the Crucible, we recall our chat with ‘Jamie creator, Jonathan Butterell.

God bless BBC3. If it wasn’t for this much-loved – but now digital-only – television channel, I probably wouldn’t be sat here, in The Crucible bar, talking to renowned director and choreographer Jonathan Butterell.

It’s a cold winter’s day and Jonathan has taken a break in rehearsals to discuss Everybody’s Talking About Jamie, a project he initiated three years ago after being inspired by a documentary shown by the Beeb.

“It was about this kid, Jamie Campbell, who lived in County Durham.” Jonathan explains. “He’s what I’d call a beautiful creature, an amazing young man. He wants to go to the school in a prom dress and it was the story of him trying to get there.

“So I watched this and I went, this is such a story. It’s about a 16-year-old lad and, oddly, although it seems rather niche, it’s really rather universal. It’s about identity. It’s about who we want to be.”

It soon clicked that this would be a perfect fit for the stage and where better to start than in Jonathan’s home city of Sheffield and a meeting with his friend, and then artistic director of Sheffield Theatres, Daniel Evans. 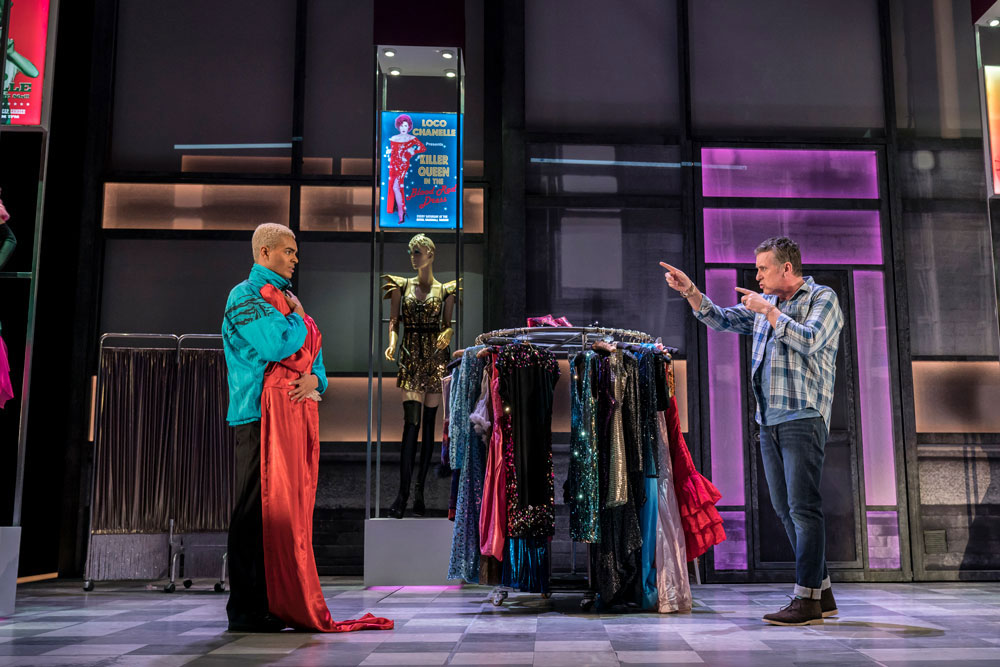 “I spoke to Daniel and said I’d like to do something new and had an idea,” Jonathan continues. “He said ‘I’m interested’ so I said ‘what about commissioning it?’, which is a massive thing for a regional theatre to do. The theatre gave the go ahead.”

Getting the green light from Sheffield Theatres was just the start; there was no writer attached to the project. Jonathan’s vast contacts in the business – he spent ten years working in New York before settling in London – obviously helped and it wasn’t long before he found what he was looking for.

“I was introduced to Dan Gillespie Sells and Tom MacRae via Michael Ball. [Michael] rang me up one day and said ‘can you go and meet these guys, they’re trying to write a piece, they’ve never written any theatre before and need your help’.”

After meeting the pair at Dan Gillespie Sells’ house – yes, him from The Feeling in case you were wondering – Jonathan listened to what they had to say, quickly discounted it and presented them his own idea, which was ‘Jamie’.

“I said to these guys, ‘look, what you’re writing at the moment is really a kind of trial piece. I’m not sure it’s what I’d want to pick up with you but I’ve got another idea…”

It snowballed from there – literally – and now opening night is just around the corner. 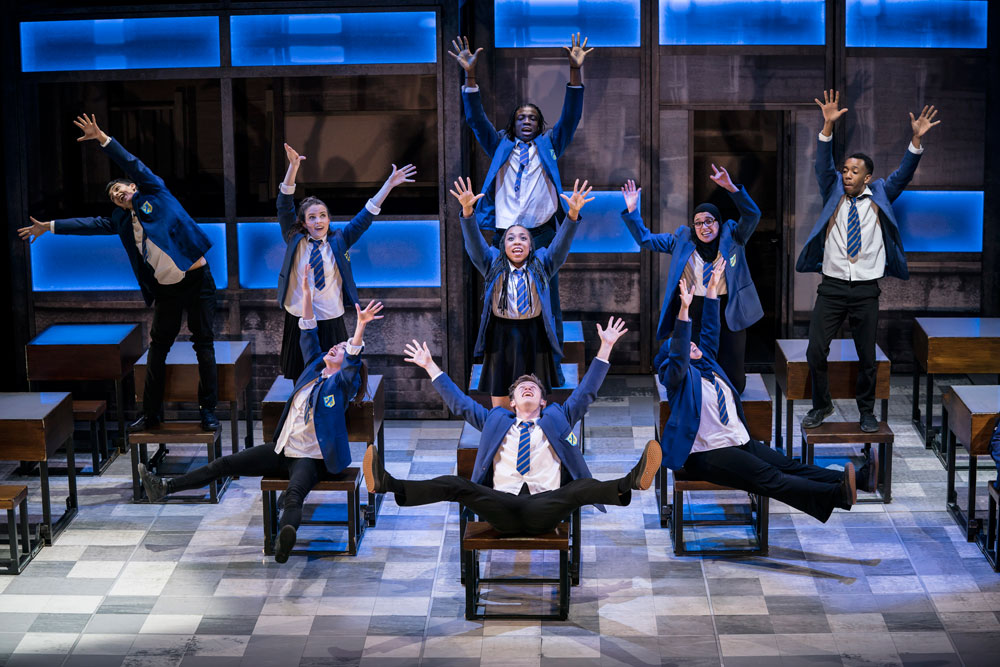 “Three years is quite short for the development of a new piece and a new musical,” explains Jonathan. “We’ve been through workshops in order to get here. It’s always maintained the same story but it’s changed; actually, in three years the world has changed. In terms of identity and where people see themselves, in terms of gender identity… Jamie is a boy who wants to wear a dress. He has no gender issues, he doesn’t want to be a girl, he just wants to be a drag queen. And fabulous.”

The writers set out to create ‘something your nan would like’ and the result is everything you would expect from a modern day musical. It’s happy, it’s sad, it’s funny – all to the tune of a great pop score.

At the heart of every good musical is a fantastic, memorable score and in Dan Gillespie Sells and Tom MacRae, Jonathan feels they have really hit the jackpot. “Dan’s writing is that easy, it’s a score you can go ‘I know this’ before it’s even started. It’s immediate.

“But it’s also not without its challenges. You think it’s about niche issues but what it isn’t is a kind of niche piece. It’s a popular piece, a piece that your gran would go and say ‘I’ve enjoyed that and I’ve had a laugh and I’ve cried my eyes out’. It’s unashamedly popular in the best sense.”

Jonathan’s investment and enthusiasm, and of course talent, should make this a memorable show and who knows, this is a story that could run and run…

“Stories like this need telling. It’s a scary world when legislation has been written to undo people’s rights and rights that people have fought hard for. That’s why I want Jamie to go out into the world, because it’s part of a bigger story. It’s a young boy trying to find himself and there’s complete love and empathy at the centre of it. I defy anybody not to relate to it.” 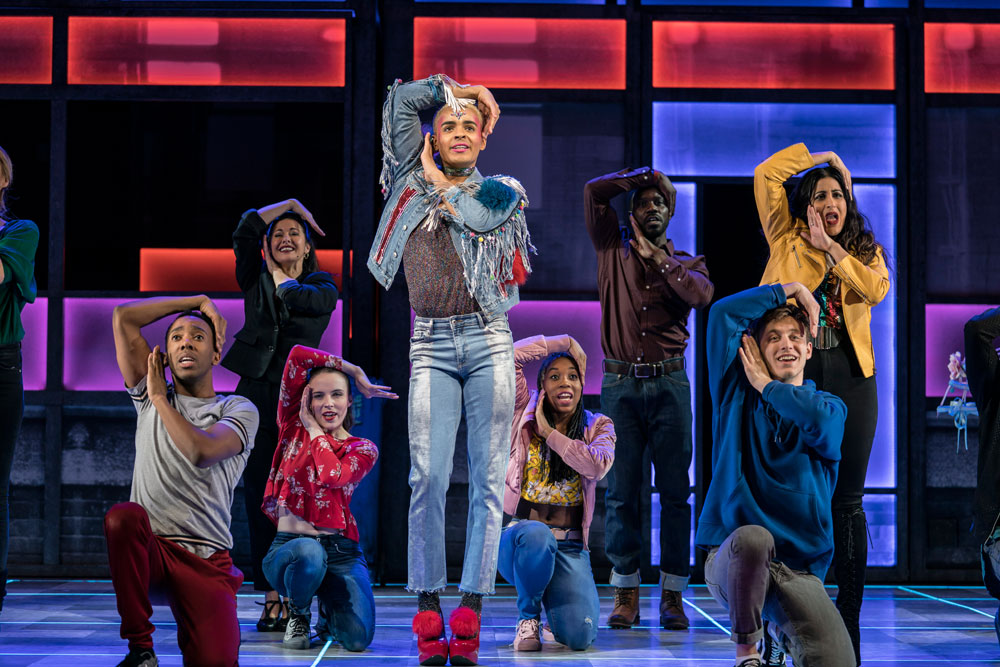 Everybody’s Talking About Jamie runs at The Crucible from 8-29 February. For ticket information and show times, visit www.sheffieldtheatres.co.uk