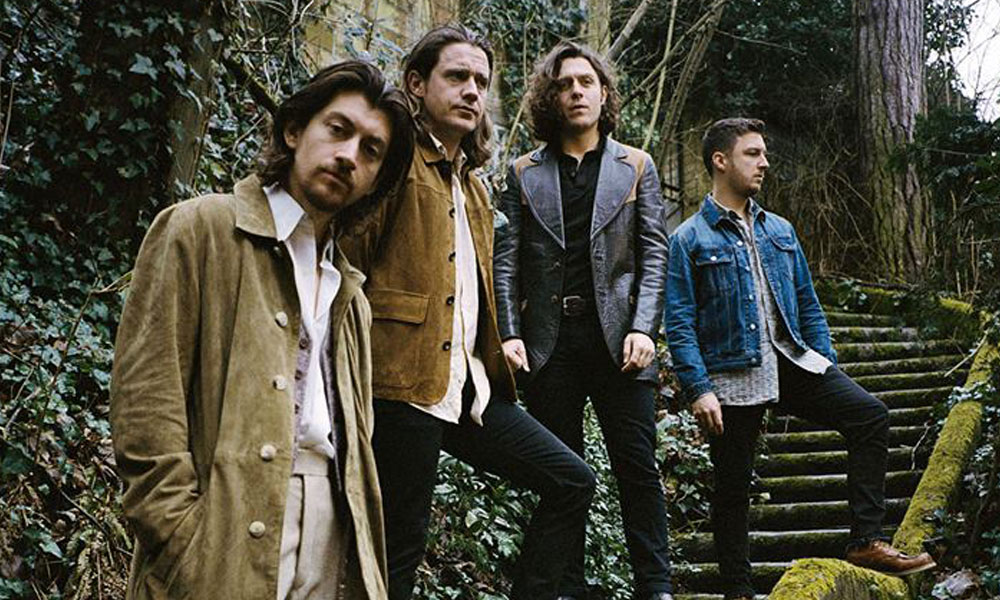 The lads with their coats on casually chilling on some stairs

Find out what we made of the latest Arctic monkeys offering

Tranquillity Base Hotel and Casino is set for release tomorrow, so ahead of the mad dash to the record shop (or Amazon) the VIBE team had a pre-release listen to find out if everything we’d heard about the Monkeys' 'new' sound was true…

This is the most divisive record that Arctic Monkeys will ever release. On the first listen, it's most definitely a shock to the system even for a seasoned Monkeys fan like myself. But by the fifth listen, it's the best record that they've put out so far. This is Alex Turner’s Bowie moment (Four Out Of Five). It’s Patsy Cline propelled into space (Monster Truck Front Flip – 2:17 – 2:28) and Dion singing Only You Know into a pistol-grip tool whilst navigating the Clavius.

Following 2013’s AM, Alex Turner released the second Last Shadow Puppets album, Everything You’ve Come To Expect. That record showcased such theatrical, cinematic and advanced song-writing that it was always going to be difficult to release anything other than a soundtrack to the earth’s exodus onto the moon, wasn’t it?

I’ll be honest, this is probably the most excited I’ve ever been for a Monkeys release and it’s mainly because I’d heard lots of other people saying it’s not like a Monkeys album! And it’s not, at least it’s not exactly what you might have come to expect from the lads anyway. Anyone who dipped out at Dancefloor is in for a massive shock and anyone who dips out of this after one listen is missing a trick, it’s definitely a grower.

There’s no obvious single, except perhaps the album’s stand-out moment Four out of Five, and the whole album seems to follow a strand that runs back to the Josh Homme produced Humbug. It’s not that the album is grungy and fuzzy like Humbug though, instead it’s all 70’s West coast and dripping in drugs. Sort of Scott Walker (every Sheffield musician’s favourite crooner to impersonate!), mixed up with Bowie (The World’s First Ever Monster Truck Front Flip), Lennon (She Looks Like Fun), and a good dose of Marvel and DC references. A heady mix, and one that could well split the public vote come release day.

Will they take the house?

Tranquility Base Hotel and Casino will be released on Domino Records on 11 May. Head to Arctic Monkeys website for more information.