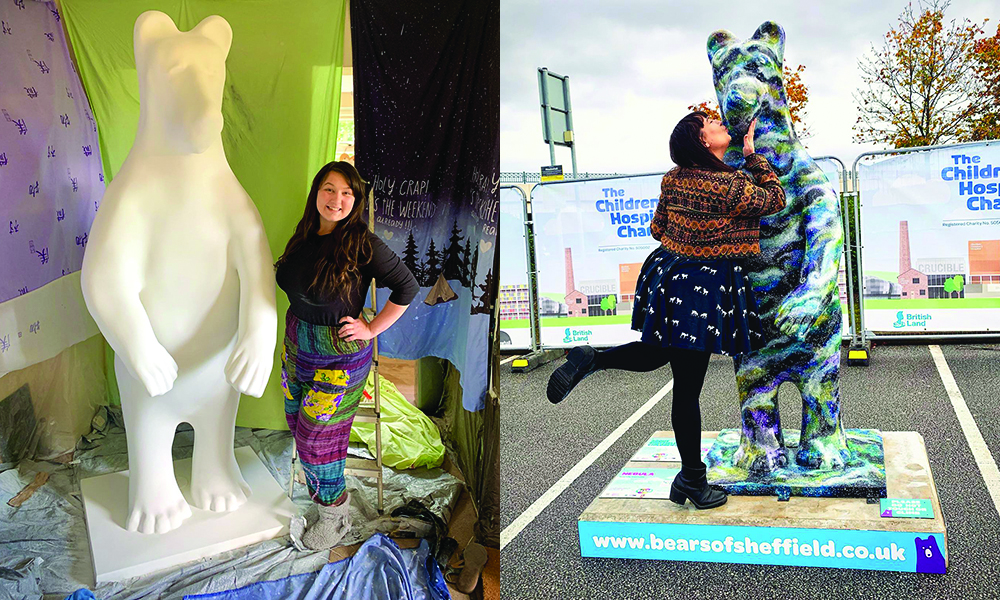 Young Sheffield artist is 'over the moon' at raising £20,000 for Sheffield Children's Hospital charity!

Congratulations to all of the artists who designed and painted the Bears of Sheffield and did their part in raising an incredible amount of money for a worthy charity. Grace Goodwin is an amazing example of how the younger generation of Sheffield are coming together to help our local charities. I think it is important to thank all of the people involved with making the Bears of Sheffield happen, to the behind the scenes team and the artists who have created masterpieces to brighten up our city and to contribute to a great cause.

For her Space inspired Bear design, Nebula, Grace Goodwin wanted to capture the effects of a dense space scene, with galaxies and nebulas.

She was inspired by all the beautiful colours that are seen in photographs of Space. The design of Nebula creates a glowing, misty effect, with so many stars twinkling in the background and foreground that it is impossible to count them.

Grace says “I’m so honoured that I got to house this beautiful beast in my hallway for Spring/Summer 2020.

And even more grateful for @bearsofsheffield for putting on this amazing event!

A huge gigantic thanks to @Sheffield Property Association for sponsoring my design, I cannot thank you enough!”

The Bears of Sheffield is organised by The Children’s Hospital Charity to raise awareness of the charity and to help fund a new Cancer and Leukaemia Ward. The Bear Trail included 61 Bears in total placed in key areas around the City – Nebula was number one on the trail and was situated on Devonshire Green in Sheffield city centre.

You can see a video of the creation of NEBULA on Grace’s facebook page: https://www.facebook.com/GraceInvader