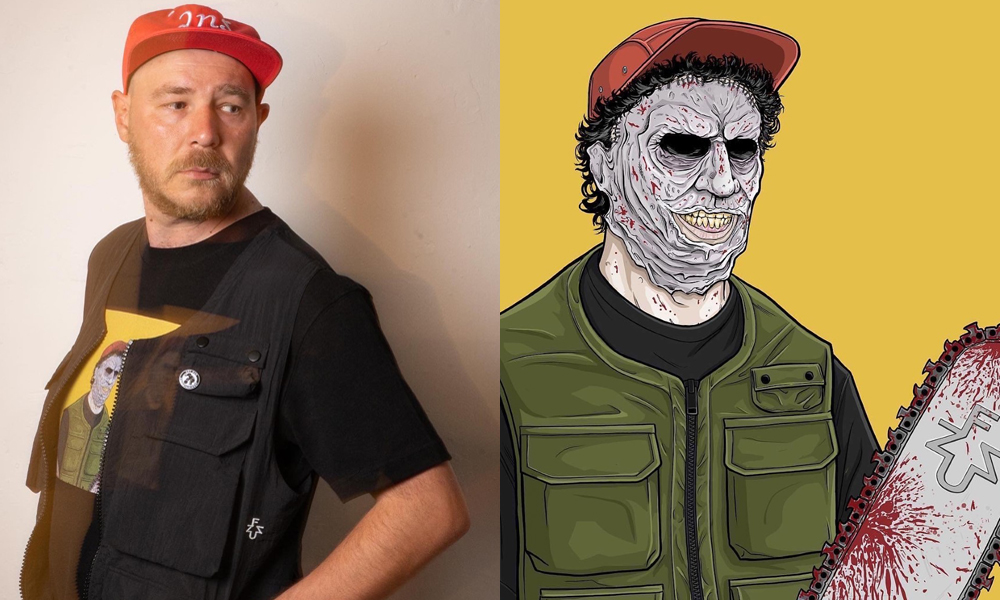 VIBE speaks to founder, Andrew Foster, all about his clothing brand - FUZZ

Proud brand, FUZZ, have created garments to impress. With very high quality and exclusive clothing, they have combined their personal desires when considering garments to purchase with their skills in designing and creating. They have created the ultimate version of a product and have chosen fabric to fit with the standard of quality they were after.

What was your motivation for starting FUZZ?

So from when I first started earning money, and even before that to be fair to my mum and dad. I’ve been obsessed with buying clothes. Jackets are my main thing and I’ve always hoarded clothes- wether it’s old band t-shirt, skate brand stuff, streetwear, expensive jackets like stone island and the like and over the past 5 years a lot of Japanese brands have been my big thing. My missus goes bonkers at me for buying the same thing in every colour or the ‘same jacket’ in a differant material or with slightly differant pockets or details. I’ve always said they’re for my archive. And that was true to be fair. I was always collecting this stuff with the idea to eventually do my own brand in some form or another. So a few years back I started working on it seriously and now here we are.

What makes you unique as a brand?

From the start I said I was only going to do this if I was doing it properly. As an independent one man brand (with my missus and a few other people helping out I must add… thanks guys!) it would have been easy to buy products off the shelf, t-shirts, hoodies etc that are stock items for fairly cheap and put a logo and a few nice graphics on them and sell them at a decent profit. There’s lots of people doing that and fair play to them, but it’s not for me. I didn’t want to do that at all. I spent a lot of time designing my idea of the perfect versions of wardrobe staples and making tweaks to fit and detail that set them apart. I’ve also gone for top quality materials, which we have had made from scratch too. Our T- shirts are nice and thick and the fit is great. Same with our sweatshirts I decided to add that front pouch pocket to mix it up and make more functional. Then there’s stuff I’ve designed that’s more unique, like our smocks and utility vests which have both gone down really well with customers. We’re actually almost out of the Smocks. I’m really proud of those designs.
The branding too, that little logo on the lower left body, it’s really subtle and people seem to love that it’s differant to the norm of a chest logo like everyone else seems to do.
So we might be a new independent brand, but we’re doing everything to really high standards. I’m in this for the long haul and I’m buzzing to grow this brand. I’ve got so many cool ideas that I can’t wait for people to see.

Where do you take your inspiration from?

As I mentioned before, I’ve always been obsessed with collecting garments and differant details on pieces from vintage stuff right up to high end pieces. Im constantly adding to my archive and buying new and old stuff. So I’ve got a broad range of influences from streetwear, skate culture, music, military stuff and also pop culture which is a big influence on our new graphic collection. I like to bring all this together into cohesive pieces that are innovative, but classic at the same time. Putting twists on classics in a way that improves them. If I feel like I can’t make a piece better than the stuff out there that other brands are doing well, I’ll put a pin in it and come back to it later with fresh ideas.

You recently launched your spring capsule collection, we’d love to know the story behind that.

From the very start I wanted to incorporate pop culture references into our graphic stuff and the FUMC (fuzzed up monster club) idea was one I definitely wanted to do from early on. The idea was to put our favourite big screen movie monsters in our clothes and make them look like the style of those NFT’s of monkeys you’ve probably seen? I’ve waited a long time to find the right illustrator to bring these to life and do them justice and I found a guy from Sheffield @yellowbonesillustration who did a better job than I could have ever hoped for! Check him out, his work is incredible and he’s such a nice guy too, thanks, Jack. So a few weeks back we realeased 1 of 3 from the first series we’ve done. It’s our twist on leather face from the Texas chainsaw massacre.What was really cool too was that, Mr Oli Sykes of one of my favourite bands BMTH was the first to have that t-shirt, which was a big buzz… yep, big name drop there haha. Cheers Oli!

We’ve got 3 new graphics coming in the next few weeks too. 2 more from the FUMC series and another one which we’ll be previewing soon….

We know that you take pride in the quality of your clothing, what have you implemented to ensure this level of quality?

Even when we first started getting samples made from our first manufacturer, we were constantly back and forth with samples for around 7 months. It’s a long process to get this stuff right and to a level we were happy with. We kept asking for better materials every time we made changes to fit/sizing/details and kept rejecting samples we were sent as they weren’t quite right. Eventually we opted for the highest quality we could get rather than compromising. It bumped our cost up a hell of a lot, but like I said before, I was only going to do this if I was doing it right, no cutting corners or quick cash grabs. So through back and forth sampling and making changes to ensure pieces are right and also not compromising we manage to ensure the quality is there.

How significant is Sheffield to your brand?

Sheffield for me is my favourite city, I love it. I actually live just out of Sheffield, but spend pretty much all my free time there and the brand is based there. As far as Sheffields significance to the brand I’d say it’s a massive part of it. Growing up skateboarding in Sheffield definitely influenced me from an early age and still constantly inspires me. SUMO skate shop used to be filled with amazing stuff clothing wise and the graphics on the boards have remained a big influence in general. As I grew up and started shopping in the many independent store Sheffield used to have: Sakis which sadly recently shut, limeys which is long gone to name a few. But those stores first introduced me to some of my now favourite brands, my first bits from Norse Projects, Folk, Stussy and stuff like that. Also my first C.P and stone Island pieces, which is when things got serious. The overall vibe of the place too is incredible, you can visit other cities and they’re great and all, but there’s just something about Sheffield that makes it special. It will always feel like home to me. I’m not gunna start putting pictures of bottles of hendos on t-shirts or anything like that (even though I do love the stuff) or steel city across hoody’s as that’s not our vibe, but behind the scenes Sheffield is a huge inspiration both for the brand and me personally.

Where do you see your business going in the future?

Who knows at this point, it’s growing really nicely bearing in mind we only launched at the end of November 21. We’ve had nothing but good feedback so far, which is really nice. Generally if people try it they buy it. It could all end at any point though, without customers a brand is nothing and I’m grateful that people like our stuff and we keep getting repeat and new customers alike, I really am thankful for that. As long as that continues, the possibilities for this brand are endless. Im just really happy to have a platform to put my ideas out there, and the fact they’re being so well received is amazing.
I’d like to keep growing this brand to a level where it’s one of the big players. Like I said I’m in this for the long haul so keep an eye out for us and the stuff we have coming. Cheers, Fuzz