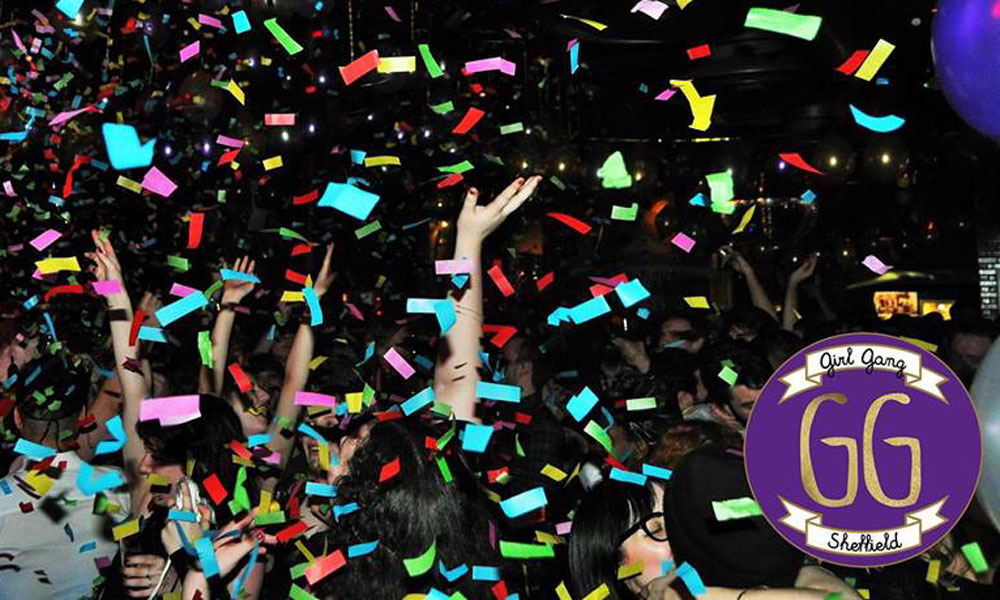 Vibe spoke to the ladies behind Sheffield's most inclusive gang

In 2015, two girls got together to talk about putting on a screening of Mean Girls, fast forward two years and Girl Gang Sheffield has grown into a collective community which brings immersive cinema screenings, club nights, exhibitions and workshops to every corner of the city.

In just a couple of years, Girl Gang has become an award-winning force to be reckoned with. At this year’s Film Society of the Year Awards, they took home the Best Single Event award and co-founder Ellie Ragdale was awarded with the Outstanding Contribution by an Individual accolade. We caught up with Vanhessa Longley and Megan Griffith, two of Girl Gang’s founding members, to find out more.

How did Girl Gang start?

V: I approached Ellie about putting on a screening of Mean Girls because I run a clothing company, and I was putting out a line based on the film.

Ellie and Megan were already connected, I’ve always been connected with Charlie, and then Kaz got in touch, that’s how the initial team got together. It’s been really organic the way the movement has grown. 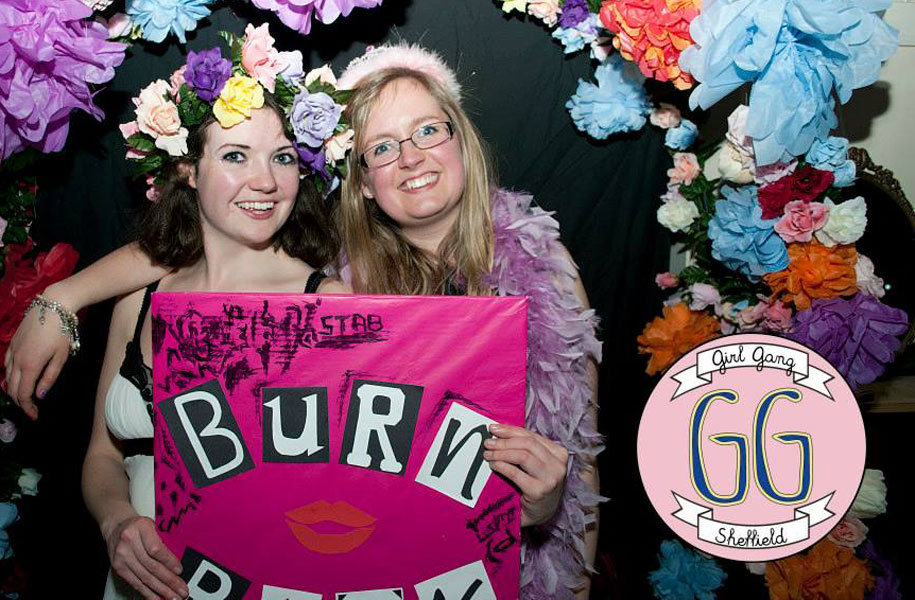 What is Girl Gang all about?

M: Girl Gang is about the self-promotion of female fronted businesses, there is room for everyone, it’s all beautiful and original and unique and we don’t see other people as competition. It’s about creating a platform for everyone to stand on.

V: One of the most important things we did, before we even hosted our first event, was write a manifesto which we put that out there straight away. Being transparent with what we do was always the most important because it’s not about us, it’s about the entire city. We’re all inclusive, it’s not about competition, we celebrate the success of others, we’re here to change the world.

M: The manifesto plays a huge part in our success in building a community because it sums up what we’re about really well. It puts us out there as a creative, nurturing community rather than something that just pops up and makes cash from ticket sales. It was a great way to start things, keep us in check and remind us what we’re about. We make sure everything goes with that.

V: We’re quite rag tag and DIY, if we ever lost that we’d lose what Girl Gang is about, especially in Sheffield, the city is very DIY and rough round the edges.

Who have you been working with?

V: We work with so many artists per event, plus we’ve got musicians, designers, DJs, creatives. It’s been really important that we work with as many people as possible, it doesn’t matter where you are on the ladder we want to work with you.

Our first event was at Picture House Social, from that Bungalows and Bears and the Gatsby got in touch and we’ve also done stuff at Theatre Deli. Some really big businesses want to work with us because we bring a fun crowd.

What can people expect at your events?

M: I’m genuinely the most proud of the atmosphere at our events, you can walk in with a group of mates or on your own and everyone has a really nice time.

As well as our immersive screenings, we have monthly nights at the Gatsby and do parties for special occasions like Halloween and New Year’s Eve.

It’s taking that getting ready in your bedroom atmosphere and transforming it to the dancefloor, it’s like a mass sleepover.

V: We’re not pretentious, at our parties there’s a lot of girls screaming lyrics at each other, it’s not all the same genre, we’ll play anything and everything, it’s about having fun. 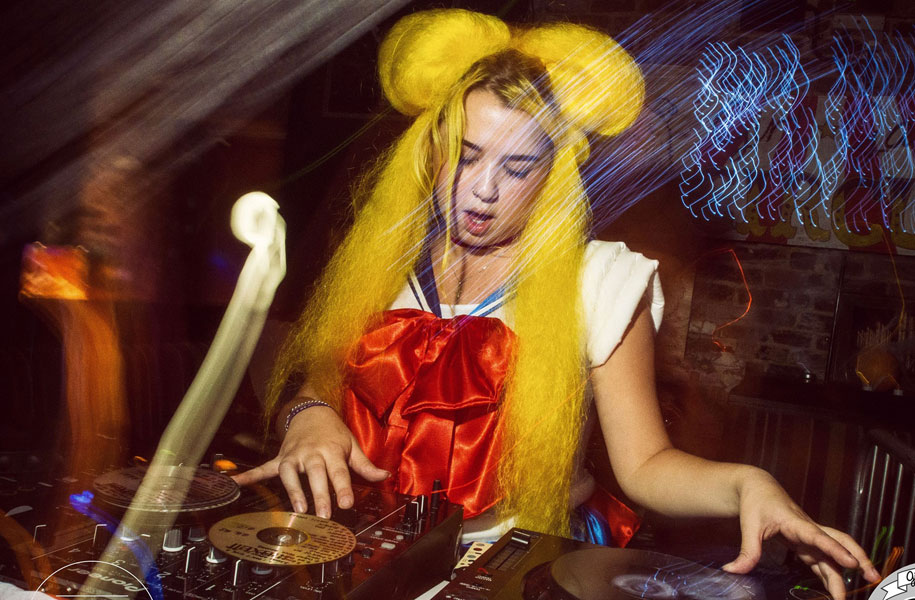 How does feminism tie in with Girl Gang?

M: There’s not one way to be a feminist, it’s about whether you’re doing the socio-political stuff behind it, are you walking the walk rather than using it as a brand or fashion.

V: A lot of people use feminism as a celebrity status, I detested those ‘this is what a feminist looks like’ tee shirts - I thought it was crass and in bad taste. A feminist should look like anybody, you don’t need a t shirt.

People are afraid to label themselves as a feminist, they assume we’re all man haters and evil harlots, but that’s not what it is. We’re all really nice, it’s about softening the edges of what feminism is. It’s about the core roots: equality, that’s all it is.

M: It’s about empowering people; encouraging people to do more than just moan online, it’s about instilling people with the confidence to speak up. 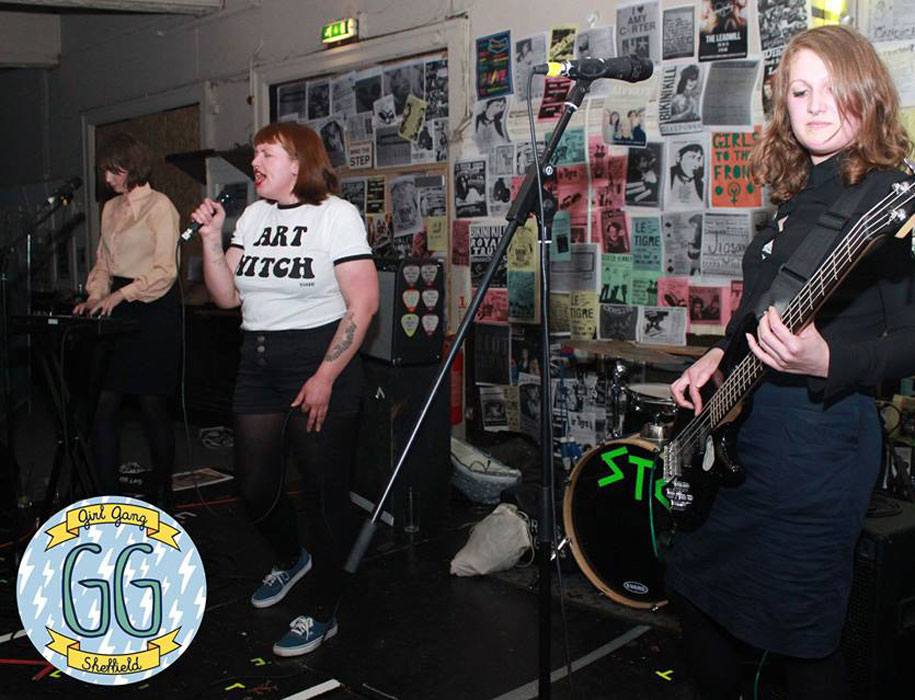 How about guys, are they welcome at Girl Gang?

M: Guys ask this all the time! Yes, we’re creating something female dominant that celebrates the achievements of women, but men can do that too. Men have been involved in our events and we want more to get on board.

We worked with Delicious Clam, they’re amazing, they loved us and they were aware they were boy fronted. We made a mix CD with them and that developed into us doing Tramlines together, that was a really nice collaboration.

What does the future hold for Girl Gang?

V: Ideally 2017 will have two film screenings, an immersive party and Halloween - that’s going to be an annual event now. We’re also going to be launching our zine, and Girl Gang Leeds.

The good thing about Girl Gang is it’s catered to the city, and that’s the beauty of it, you look at what’s missing in the city and then cater to it.

M: If anyone at all has an idea for an event, or wants to get involved, then come to us, we’re all about collaboration. The more we collaborate with people then the more we learn. Then, everything truly is for everyone.

Girl Gang’s next event is a New Year’s Eve glitterati party at The Great Gatsby.

All photos courtesy Girl Gang or by Maddy @ ATG Photography.