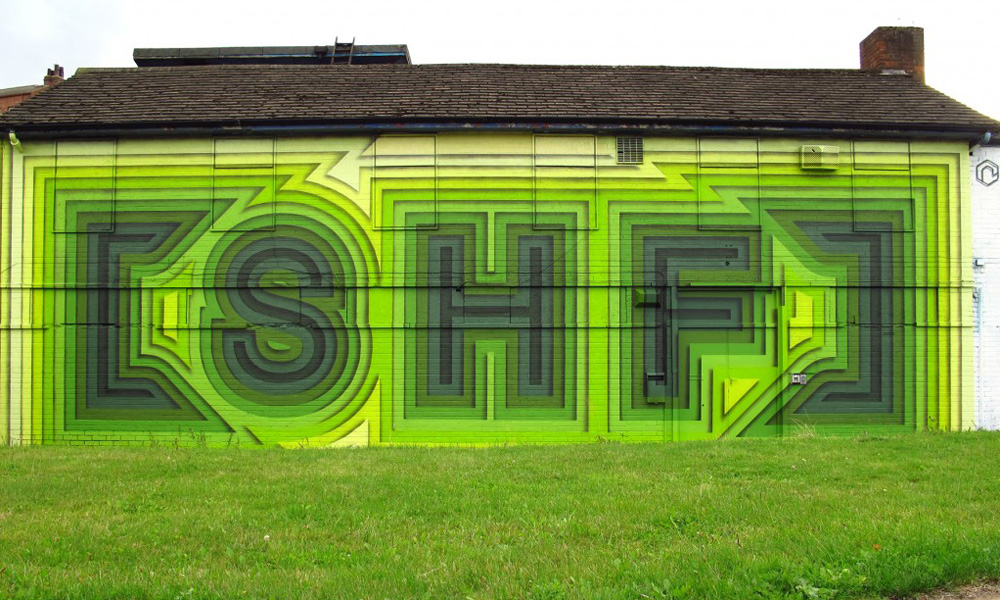 All images by Rob Lee

Rob Lee’s 3D mural has landed - and we love it

We have a serious weakness for Sheffield street art (as you may have noticed). So imagine our delight when Sheffield graphic artist Rob Lee unveiled his Year of Making commission - a brand new, vivid green, 3D mural - at the beginning of September.

We’ve never seen anything like it and, while Rob’s detailed the inspiration behind the artwork on his website, we wanted to find out a little more about its story - and what he’s up to next.

Why did you choose that location?

There’s quite a story behind it. I had a wall confirmed just off Pinstone Street, so I designed the piece for that wall exactly. But it all fell through so I had to find a similar wall with the same dimensions. I searched and searched and there didn’t seem to be anything apart from a wall that had one of Phlegm’s oldest pieces on it. I have no intention of ever going over people’s work; I want to always just find new walls and paint them. But because the wall fit the project so well, I got in touch with him and he just straight up said go for it if you can get permission. He’d been looking to paint over it himself but was having trouble getting permission because it’s a council wall. It then took close to three months of emails back and forth - it was killer. I applied for this commission in February and was supposed to have done it in June; it was an absolute mission. Not that the council were against it, it’s just how long things take.

How long did it take to produce?

Actual time painting it was a-week-and-a-half. I was there for just under three weeks, though, because there were lots of technical issues. The building is a kennel for stray dogs - like a lost and found place. It’s a really sad situation to be honest; they moved in 10 years ago, supposedly for three months, and they’re still there.

Will the artwork stay there forever or is it temporary?

Phlegm painted his piece to raise awareness of the actual building because it looks derelict - it almost is derelict. The building was set for demolition so he did a quick piece with leftover paints. It’s still set for demolition but it’s the most detailed and biggest piece I’ve ever painted. If it doesn’t stand for much longer it’ll be gutting. If I can get a few years out of it that would be great. In the next couple of months, I’ll be selling screen prints, too.

How many cans of spray paint did you use?

I’ve not counted them yet but I used a lot of paint - I bought an amount and had to almost triple it.

You mention on your website that you’ve got something planned for the space next to it. Can you give us a hint of what that will be?

It’s related to the use of the building.

Why do you think it’s important for Sheffield to have artworks like this?

I don’t think it’s necessarily just Sheffield, I think it’s important for everywhere. Buildings that were built for a specific purpose, they’re not designed to look nice. It’s a very positive thing to paint on walls, as long as it’s legal. It has a meaning, it has thought behind it, it takes time, and it’s something to be proud of. It adds something to the skyline. My hope is that people will look at this and see it as a signpost for Sheffield and be proud.

What else have you got in the pipeline?

I’ve got another wall to paint for the Festival of the Mind, which I’ll be starting in a week or two. It’s Rocket 01’s wall where Arundel Street meets Sylvester Street and he’s asked me and two others to paint it. The theme for that is ‘visions of the future’. The building’s going to be demolished at the end of the year, though, so we can’t go putting loads of effort into it. I’m also doing a photo competition with my Herd of Sheffield elephant all to do with the viewpoints. I’m going to take two photos of the elephant and put them online. Whoever matches those viewpoints most perfectly will win a specially designed, one-off print.

You can see [SHF] for yourself if you keep a look out on the A61 for a wall that faces away from town. By foot, it’s about five minutes’ walk from The Riverside, between 7 Spices Balti and The Shakespeare. 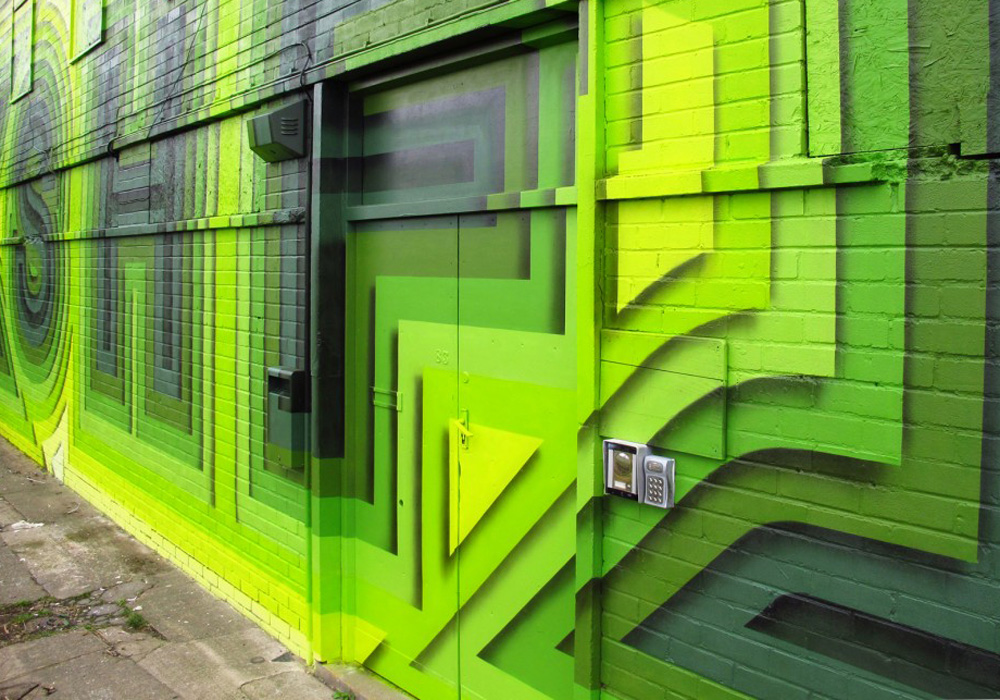 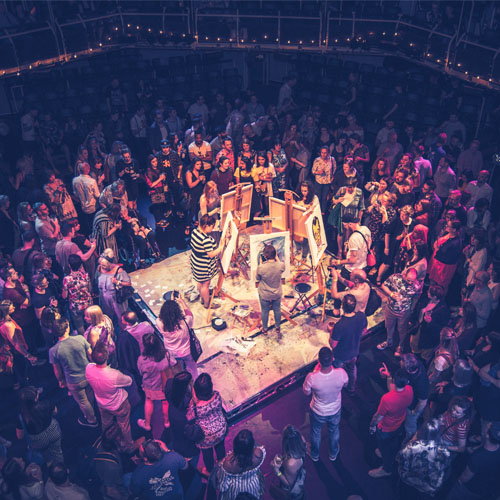 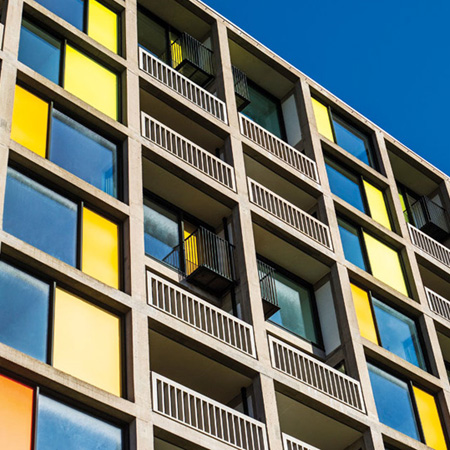 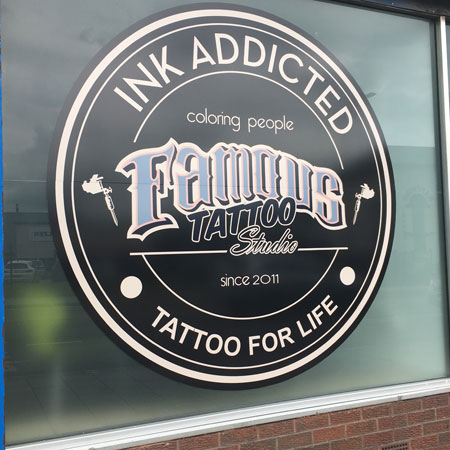 Getting inked in Attercliffe