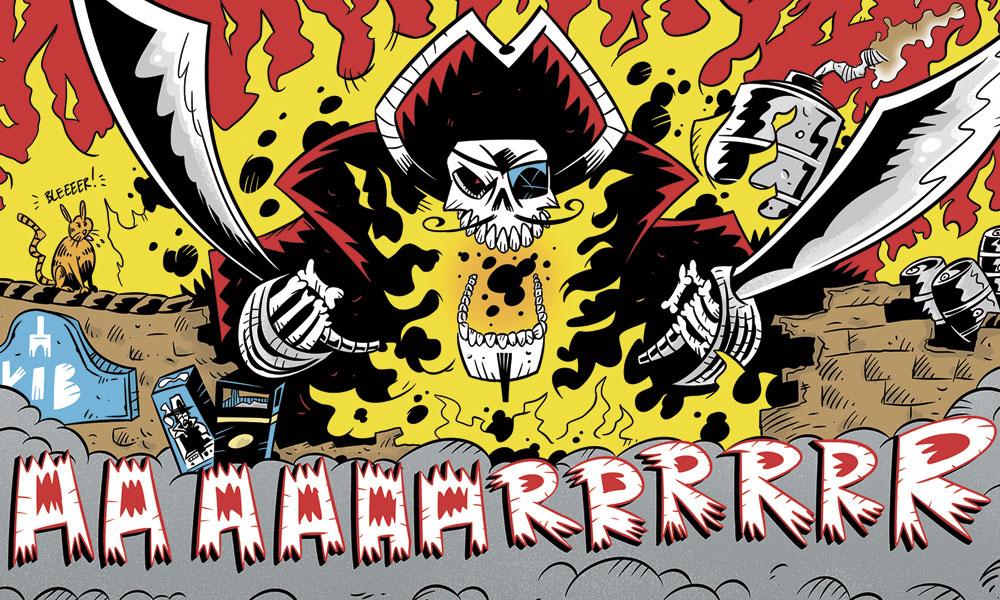 Head to Steel City and and meet The Hero, The Owl, The Pirate and The God. You might recognise a few familiar places too.

Illustrator Jim Connolly, by his own admission, was an unhappy child. Not that he had a bad upbringing - far from it - but he was unhappy to find out that the likes of Spiderman, the Hulk and Batman were not based in his home city of Sheffield. This pivotal moment of realisation came when he was sat on a bus with his mum in 1982.

"I was deeply gutted and think in retrospect that much of my adult career has been shaped by trying to put that moment right," he said.

And so he began to shape his future. Working as an illustrator, and sometimes cartoonist, Jim set out to create his own comic book, inspired by the scores of Marvel and DC comic books he read as a child, and thus Made of Steel was born.

"I knew I wanted to create a comic about one of the places I’ve lived but becoming a dad made me want to create something more upbeat and all-ages friendly with a much broader appeal than I’ve aimed for in a comic before," he said. "I am a proud dad to my little girl Roisin and wee love the movie ‘Into the Spiderverse’ which does the all-ages tone masterfully and the fun we had the day we saw it together was the real catalyst for me making this book.

"Of the Sheffield-themed prints I put out, one with a super-hero girl on it and another with the local football teams reimagined as kaiju monsters battling in town seemed like great ideas to flesh out into a proper narrative. I had created a Valkyrie for a popular beer called ‘Pride of Sheffield’ which fed into things too via the mythological elements.

"Vulcan aka ‘Hephaestus’ (God of the Forge) dons the City’s crest and seemed like the perfect mentor figure for the story. He’s from Ancient Greece but he’s been in South Yorkshire so long he’s acquired the accent and a love of the local grog.

"Our new hero Roisin Sharman, aka Steel Bolt, is a punky/indie teenage college student from ‘Steel City’, an alt-universe version of Sheffield. She’s too cool to stick on some stupid leotard/bikini and instead goes for a roller derby meets knight look with signature Britpop tat. She’s young but has a sharp wit and is totally fearless. She’s new to the hero caper but lives to look out for her city."

While Jim has completed the first act of his comic book, he needs a little help to finish and has launched a crowd-funding campaign to raise the remaining funds.

Launched on 1 October, Jim has given himself 31 days to raise enough to cover his overheads as well as self-publish and distribute the comic books. There are different tiers, from a low cost digital version of the book right up to being able to actually appear in it to score the winning goal in the Steel City Derby that is going on in the background of the main battle. Jim will also have tiers to pledge for the original artwork pages, art prints of the alt-universe teams logos and other cool rewards.

"Please help me put things right for that kid on the bus in ’82!" he said.

To find out more, visit Jim's website or Kickstarter page.