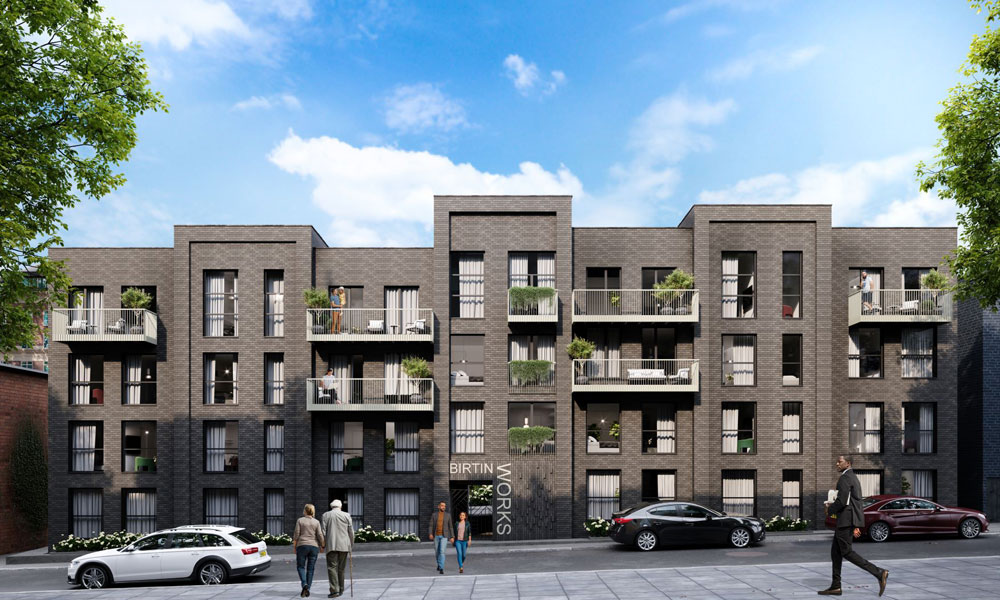 The site of the former Birtin Works at Henry Street in Shalesmoor will see the construction of 62 apartments, designed by the team at award-winning Sheffield practice CODA Architects, with Whitshaw Commercial as the principal contractors.

The project - in a striking black brick design - follows the success of the neighbouring Palatine Gardens project, Crossbow Ventures’  £10million development of 101 studio apartments and duplex penthouse apartments on former commercial and light industrial land between Henry Street and Roscoe Road at Shalesmoor.

“Birtin Works will be Crossbow’s seventh development in Sheffield and one that we are very keen to start working on,” said director David Cross.

“We are delighted that once again Sheffield Council have seen the benefit of a project that brings new life to the Shalesmoor area, so close to the city centre.

“A £6.5million investment for the city on this scale emphasises once again just how committed we are to bringing new life to this previously neglected area of the city."

Other successful projects for Crossbow and CODA in the area include Dunfields at Kelham Island and the nearby Bell’s Court.

“All this has been made possible thanks to the continued support of Sheffield City Council, which recognises the value of regeneration as the key to this important part of the city’s future success,” said David.

“And once again this is an outstanding example of what can happen when local companies come together to create something of lasting benefit for the city.”

The development of Birtin Works is scheduled to go to site in January, with sales being handled by Knight Knox.