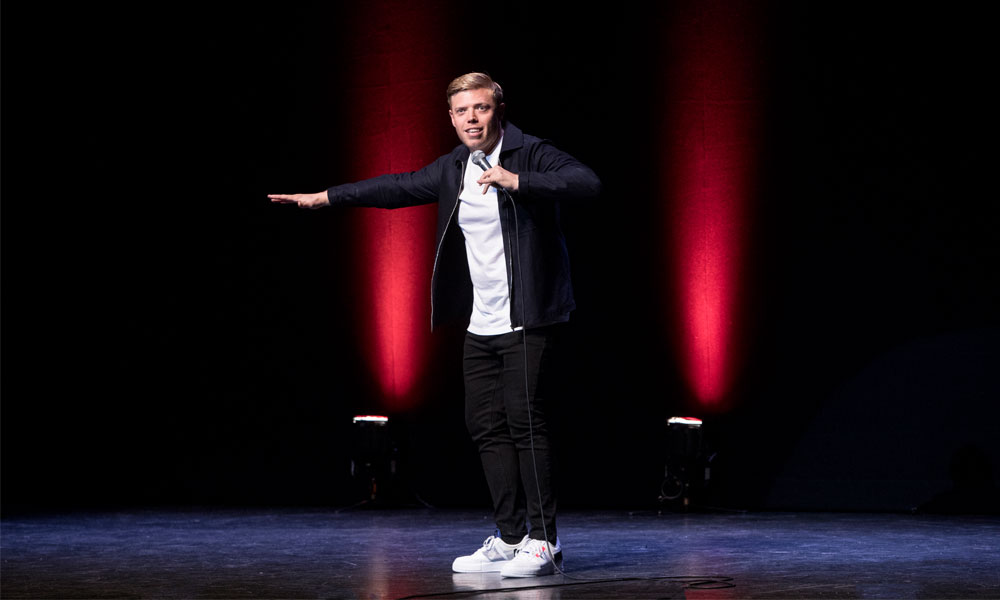 WALLOP! Have a bit of that…

Rob Beckett’s comedy has long been packing a solid punch, so he’s found the ideal title for his new touring show in Wallop! The London comic is a regular face on TV, having been a team captain on 8 Out Of 10 Cats, hooked up with Mr Ranganathan on Rob and Romesh Vs., narrated Celebs Go Dating and made numerous appearances on The Jonathan Ross Show, A League of their Own and The Graham Norton Show.  Meanwhile, he’s recently been announced as the host of two upcoming programmes: an E4 show which commentates on the week’s social media activity, and Head Hunters, a daytime quiz show for the BBC. As he prepares to hit the road for the first time since his wildly successful 2015 tour, Mouth of the South, he’s making a few promises.

“As a word, ‘wallop’ just isn’t used enough but I use it quite a lot. I think it sums up me and my show. ‘Here it is, have a bit of that’, we’ll enjoy ourselves and then go home. I’m very much in it for the audience and to do whatever it takes to be as funny as possible for an hour and a half as opposed to delivering a message or narrative or life-changing view of the world. My show isn’t going to sort out Brexit, but it will take your mind off it for an hour and a half. Essentially, the show is all about the funniest things that have happened to me or I’ve thought of since the last tour.” 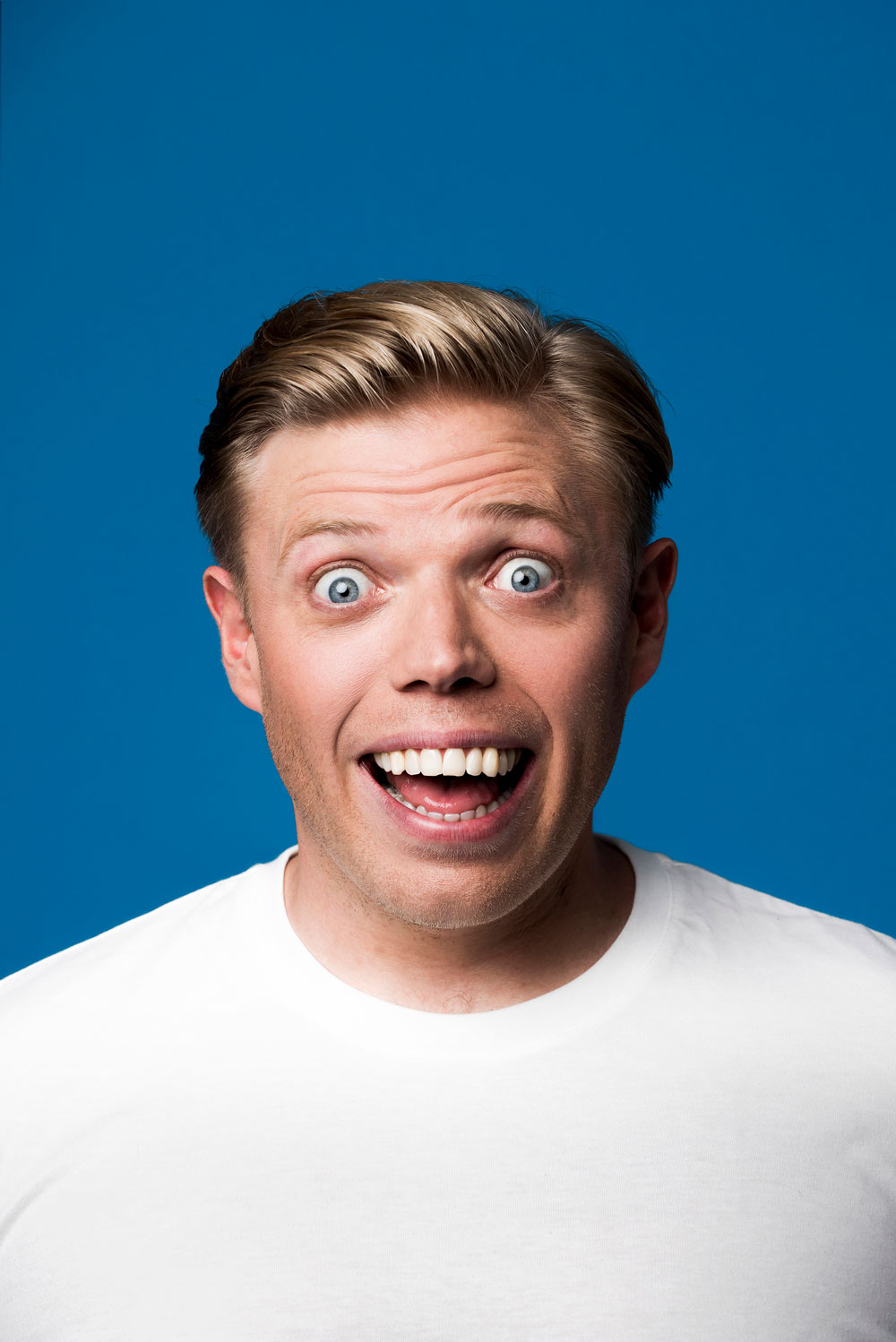 As a father now of two toddlers, the temptation for Beckett might have been to make Wallop! his ‘new-dad’ show. He’s more or less resisted that. “Though I have kids, it’s not my ‘I’m gonna talk about my kids for 90mins tour’. I love the kids and that’s going to be the hardest thing about going on tour. It’s not really about the things my kids have said, it’s more about my new relationship with my in-laws and my own parents. The show is about family. I’ve always wanted a whole family to sit down and laugh at my stuff; before it was more of a happy accident because my comedy is quite accessible, but now, all ages can get a lot from it.”

Coming from a very large family (“everyone’s my cousin in south-east London”), where Rob is the second youngest of five brothers, he’s noticed an over-compensating tendency for those siblings to stop him from getting ideas way above his station. “The level they go to in order to keep my feet on the ground is actually quite rude. It’s really odd how much they don’t talk about my job. If I worked at Sainsbury’s they’d ask me more about my work. They almost go out of their way to not turn me into some sort of showbusiness dick, and it’s not spoken about. They’re all proud, though, don’t get me wrong.” 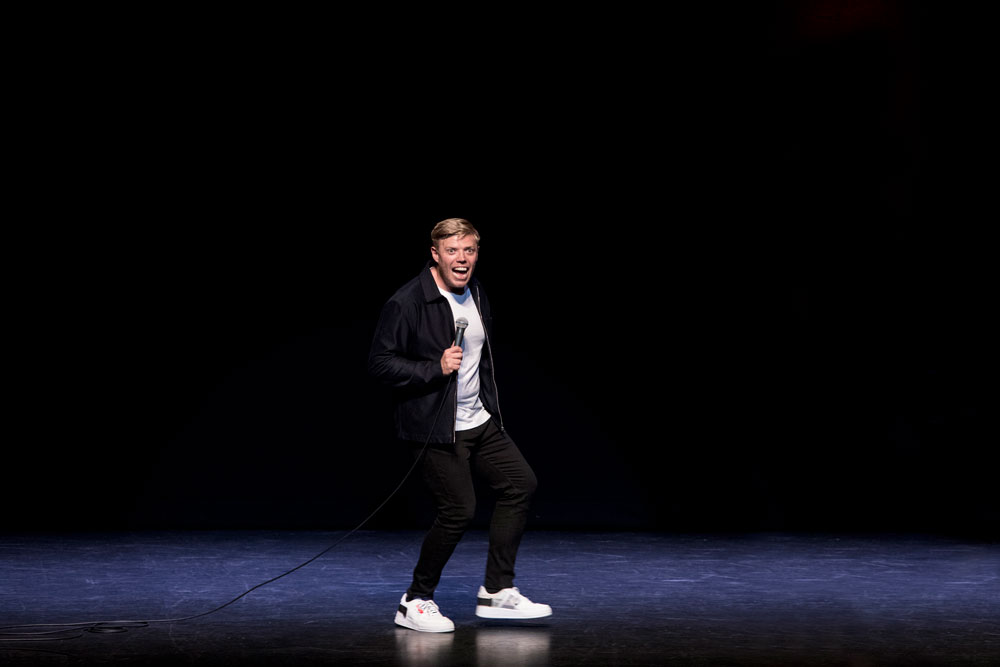 While his feet might be planted solidly on terra firma, that doesn’t mean that Rob Beckett won’t have ideas and nurture dreams about where his career might be headed in the future. “I want to do stand-up forever; I’d love to fill my local, the O2. It would be a dream of mine to have that many people in one place coming to see me. That would be amazing.”

His natural flair for shooting the breeze with anyone who comes into his orbit means that one day he can see himself fronting his own talk show. “I love hosting and presenting TV, and I’d really love to have a chat show later on in my career when I’ve calmed down a bit. I don’t think I’d get that much out of the guests at this point, but later on when I’m a bit more tired, I think I’d be a good chat-show host.”

In terms of the ideal TV show he’d loved to have appeared on, Rob mentions Game Of Thrones (“I saw Ed Sheeran and I think I would have ruined it as well”), and namechecks Match Of The Day (“to get on that, I would suddenly have to have a full career as a footballer”). While a big fan of football, he has recently got heavily into boxing. “It’s the comedy equivalent of sport, though obviously boxing is way harder. In performance terms, a singer has a band and an actor has a crew, but in stand-up comedy and boxing you’re out there on your own. To do all that and then get punched in the face? I’m in awe of them.” 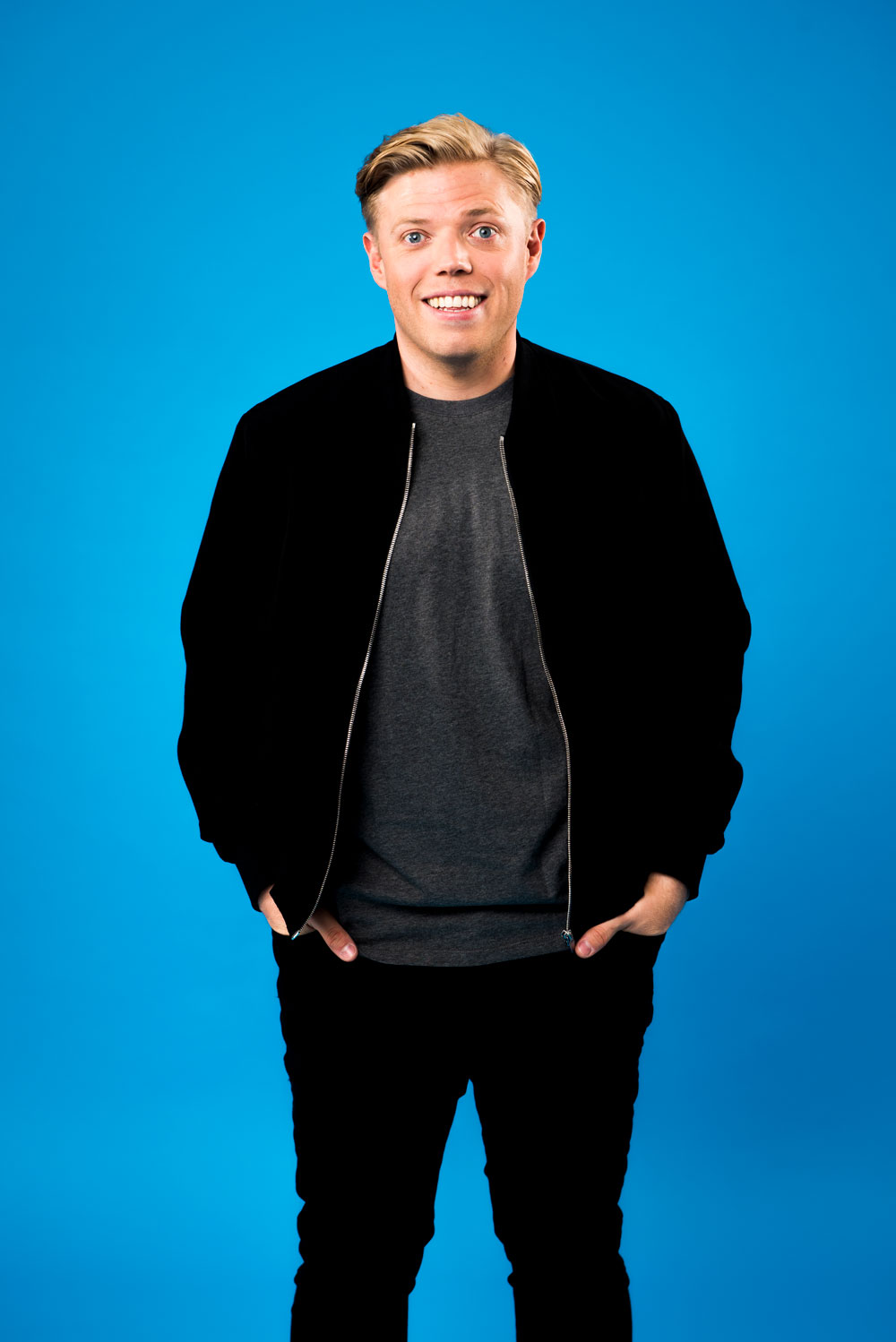 It’s been ten years since Rob Beckett first launched his career in the stand-up game, and nine years since he took third spot (“I prefer to call it runner-up!”) in the prestigious So You Think You’re Funny competition which culminates each year at the Edinburgh Fringe. So, what would he say to his younger self, a decade on, now that he has a wealth of experience in stand-up comedy and the wider entertainment world in general?

“There are loads of things I would have told him not to do, but he wouldn’t have listened. I was just enjoying it and ploughing on, and obviously you make mistakes. But through throwing yourself into stuff and making mistakes you learn invaluable lessons. I had come from a working-class background and had no idea about the industry and I didn’t even know the Edinburgh Fringe existed, so I went in not giving a shit. Both parents were so supportive and there was no pressure, but maybe if you had been to Oxbridge or Durham and your parents had funded your education, they’d be saying ‘why are you going to the Edinburgh Fringe? You should be off being a barrister!’ So there was no expectation on me . . . But mainly I’d say to him, ‘cut your hair because it’s an absolute disgrace!’” 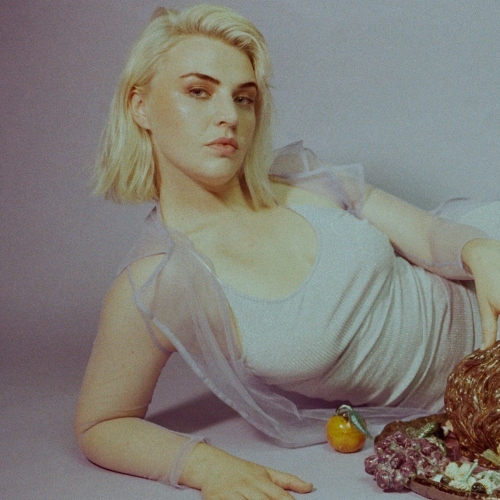 'Cuddles Please' - a lockdown chat with Self Esteem 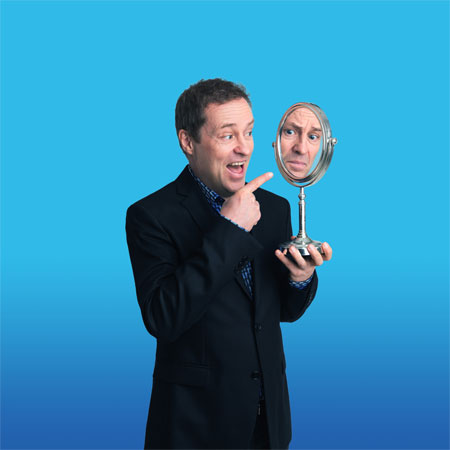 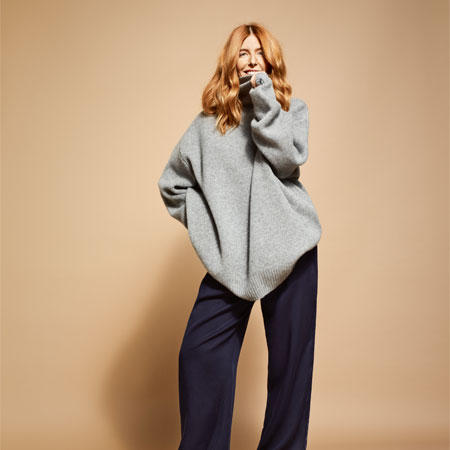