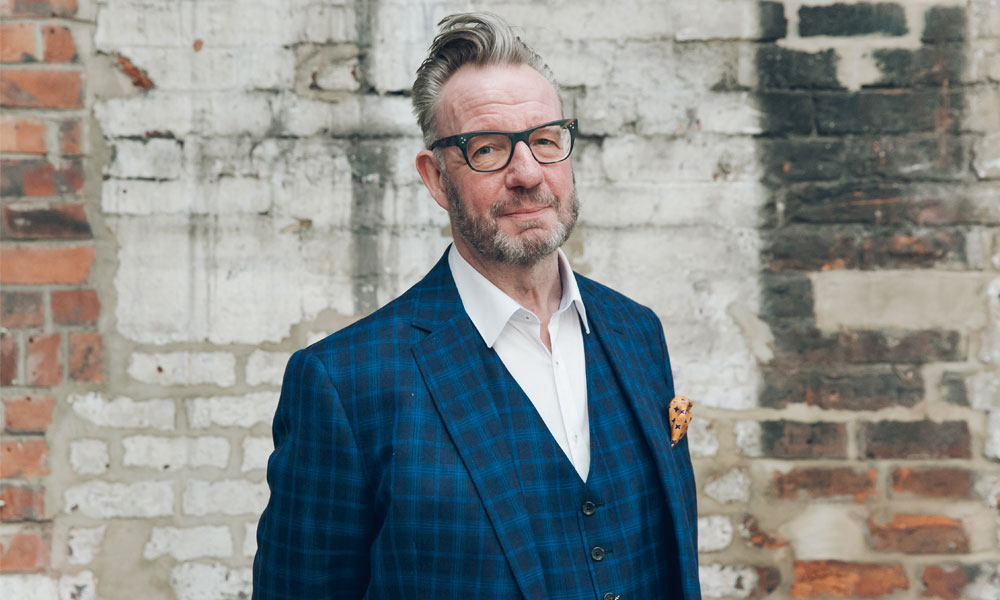 Pete McKee has overcome adversity to put together an exhibition that shows the pride and resourcefulness of Britain’s working class, its work ethic and sense of community. VIBE had a chat with him to get the low-down

There’s nothing quite like a life-saving operation to get the creative juices flowing, is there? In all seriousness, it’s perhaps not the most conventional route to putting an exhibition together but for Pete McKee, it’s not been a conventional couple of years.

Without wanting to dwell too much, the popular Sheffield artist underwent a liver transplant in 2016 and has been taking positive steps on the road to recovery ever since. One thing that has provided a big inspiration in him returning to health has been the desire to get back to work, in particular, putting a new exhibition together.

“I came up with the concept, the idea, when I came out of hospital,” Pete explains. “I was really inspired and all I wanted to do was to get back to work straightaway.” 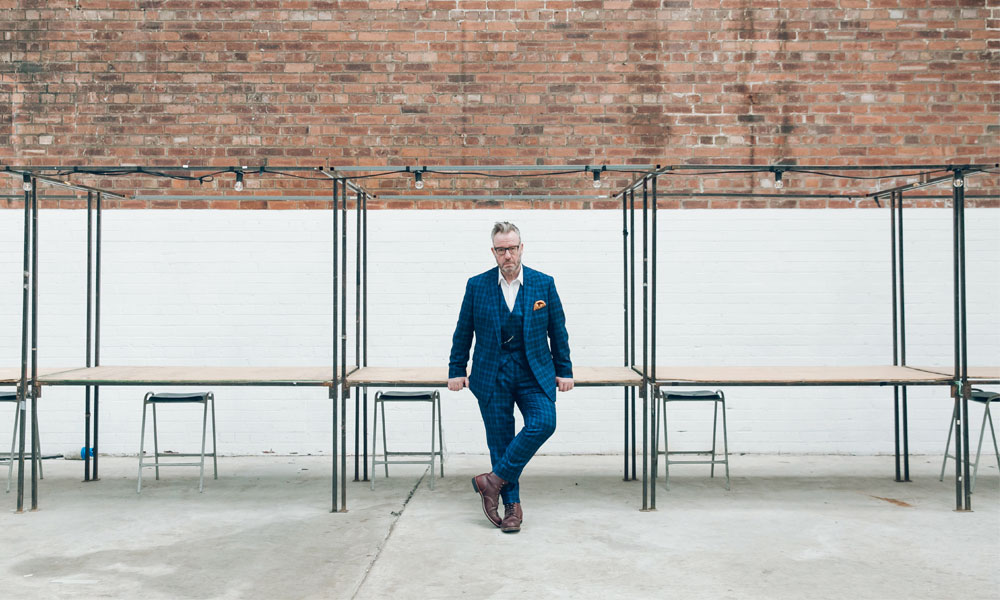 The concept he’s talking about is, This Class Works, which runs from 14-29 July at 92 Burton Road, a venue you’ll probably know as Peddler market. Staying true to Pete’s roots growing up on a council estate, it’s an exploration and celebration of the working class.

“It’s quite biographical in some respects, very reflective of my experiences growing up with my family,” Pete says. “It’s not ‘this is a picture of me and this is what I was doing at the time’, it’s more using my life experiences and trying to translate those into images that have a universal appeal.

“This show will be definitely more pointed than my past exhibitions, though I’ll still be having my tongue firmly in my cheek in places. I’m very passionate about my roots and hate seeing what is happening to my class in this current political climate.

“It’s important for me to show the spirit of the working class; the pride, hope, fight, passion and resourcefulness that has been their foundation. I grew up on a council estate the youngest of four. My dad was a steelworker and my mum a factory line worker and everyone around us was as poor as we were.

“I look back on those times with fondness of how we seemed to survive on tenacity and an unfailing hope that better was around the corner. I want the exhibition to highlight the nobleness and dignity of the working class, then and now and for those who visit this exhibition to leave exhilarated and enlightened to its beauty.” 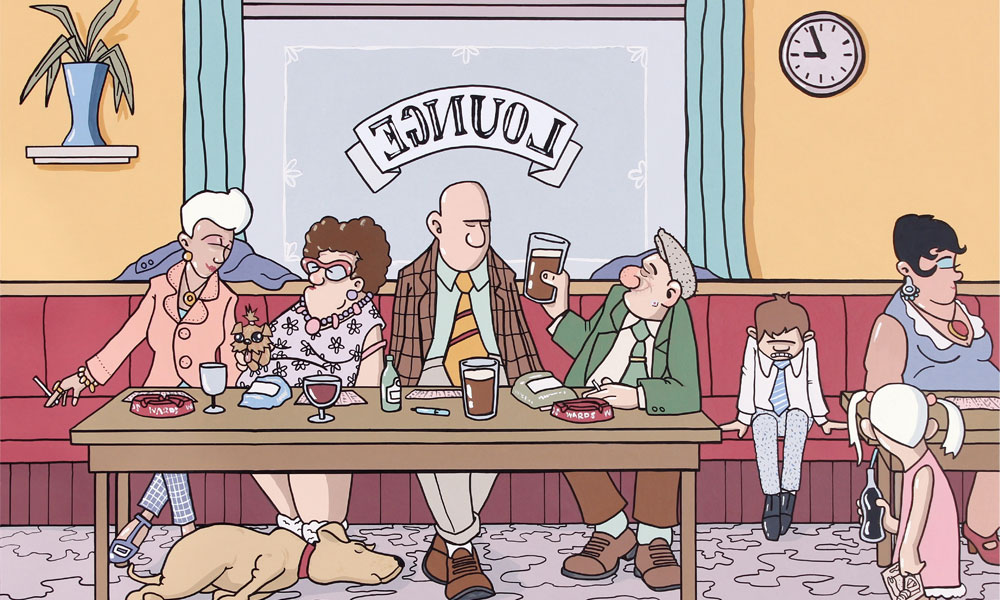 The crux of This Class Works seems to be being able to take the positives from what is often seen as a negative situation. It shouldn’t be, but it so often is. Pete is socialist in his views but is keen to point out that this exhibition isn’t a political manifesto and while it looks at the nostalgia at what was once deemed working class life it also looks at its modern interpretation too.

“It’s a reaction to how the working class, over the years, has been bastardised and now that the aspiration of the norm is a middle class lifestyle,” references Pete. “If the working class buys a flat screen TV then they’re criticised for it. It’s become a very negative thing. I just wanted to bring it back to the positive; comradeship, kinship, community… they’re the sort of things people don’t forget, it still exists.

“The way we define what a working class job is has changed now. Whereas it was very easy to say it’s a steelworker going to work while his wife stays at home or has a part-time job, now it’s everybody had to work and two jobs isn’t necessarily enough.” 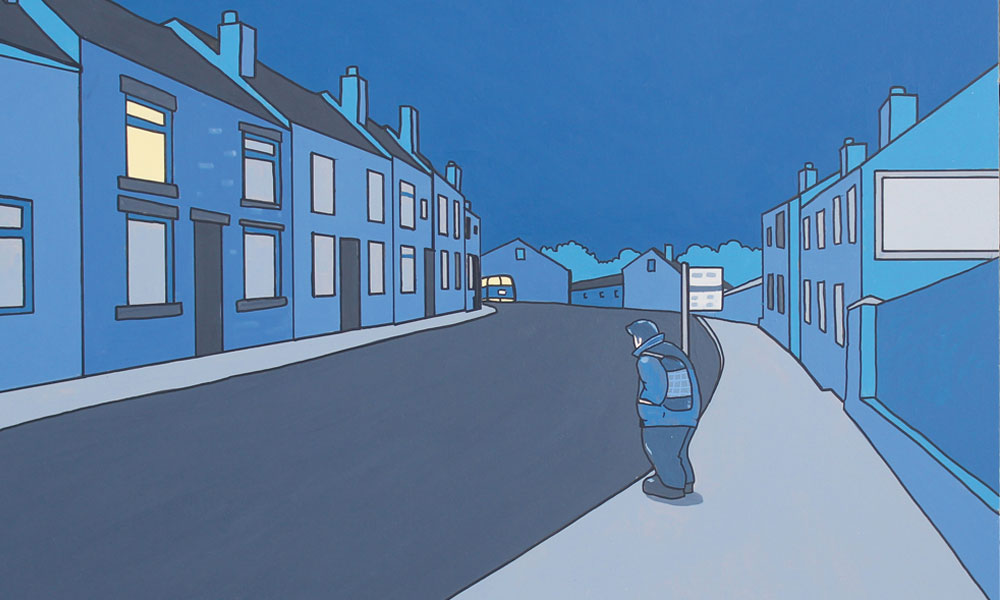 Speaking to Pete, his passion is clearly evident and this exhibition is yet another labour of love. But having the concept was one thing, putting it into practice was another, particularly given the state of his health. Could he physically produce all the work that was required to put on another exhibition? Fortunately, Pete had an idea…

Partly to lighten the load, and partly because the artist enjoys working with those of a like mind, Pete decided to make the exhibition collaborative.

“I thought if I had it half collaborative, half my work, then I would at least give myself space not to push myself too hard because my wife was really worried I’d end up back in hospital,” Pete recalls. “I was over-stressing myself and I’d only been out of hospital a week. Just as a bargaining point I thought, okay, fair enough, I’ll make sure I get some other artists involved.”

Not one to do things by halves, Pete had plenty of people in mind and not just artists but musicians, actors, designers, photographers and poets. After setting them a brief – “this is the theme of the show, this is the story I want to get across but I want it in your voice and in your inimitable style – Pete gave the contributor’s free reign. To say we’re excited to see the results is an understatement. 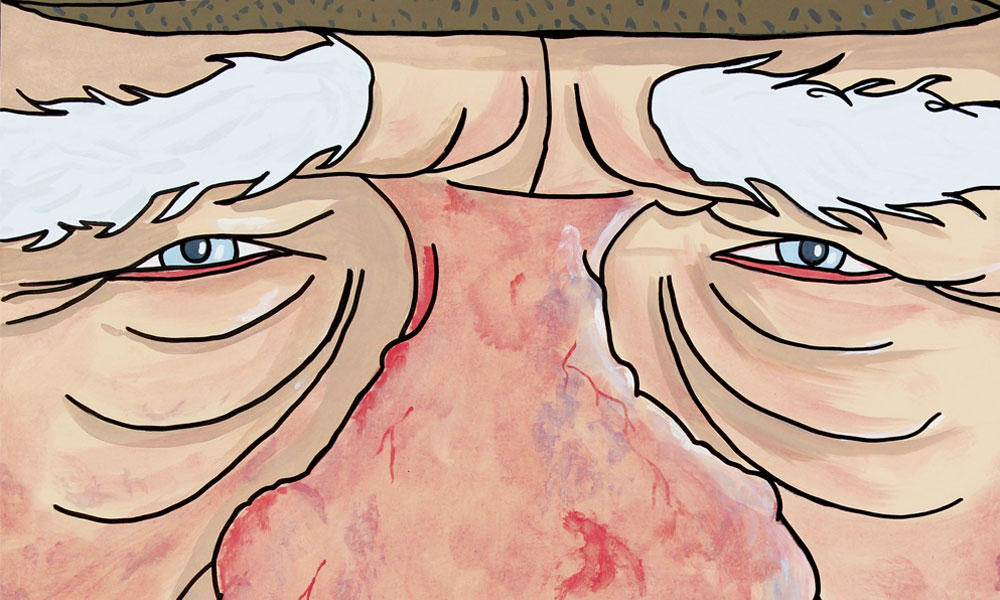 The exhibition has become much more of an event and is part of the reason why it’s been spread over 16 days and Pete has made the decision to sell tickets, which to be fair, are a bargain at £5 and include a programme. It’s something that the public have taken to.

“I’ve been blown away by the reaction,” beams Pete. “I was worried because all of my exhibitions in the past have been free, turn up and enjoy. With this one, I wanted to make sure that it’s not a bun fight to get around and see the work in the first two days and then no-one turns up after that.”

In addition to the exhibition, Pete has also organised a series of events to enhance the experience. This include Clubland – a tribute to a working men’s club night at Crookes Social Club (which sold out in half an hour); an historical walking tour and a screening of Ken Loach’s The Spirit of 45, which will be held at the Showroom Cinema.

“I wanted it to be almost like a mini-festival, a celebration,” Pete enthuses. “I didn’t just want it be just one show that was on for one day. Being a 16-day show we could get other things involved in it, I wanted it to be as big as I could possibly make it.”

With collaborations and events in place, Pete was just left with the small matter of producing his own work, which is no mean feat given that he usually sets himself a target of 25-30 paintings.

“That to me is enough work for people to come down and feel they’ve seen something,” Pete says of his ambitious target. “I thought I might not get there because of my health but I’m well enough to be able to do that and inspired enough to do that so I’m really happy and really, really delighted with the work I’ve done for this show.

“I’m always pleased with the work but I’ve done a couple of things in this, painting-wise, that I think I’ve really pushed myself with and I’m really pleased with the result. Some pieces have become a little bit more personal and reflective but then the rest of it is purely straight-down, 100 per cent what I’m known for.”

It all sounds very good to us. If you haven’t got a ticket already, I suggest you get one now.

Never mind This Class Works, This Man Deserves a Medal might be a more appropriate title.

This Class Works runs from 14-29 July at 92 Burton Road. For tickets visit www.thisclassworks.com 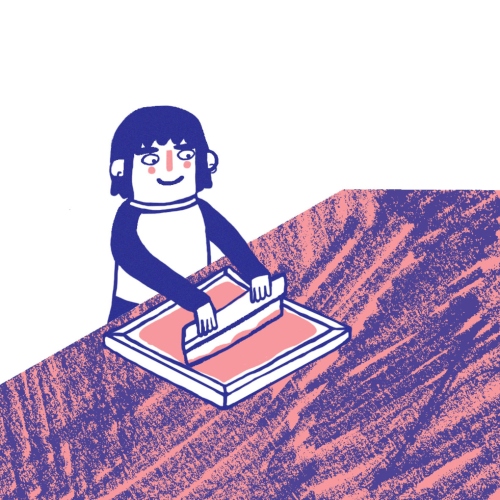 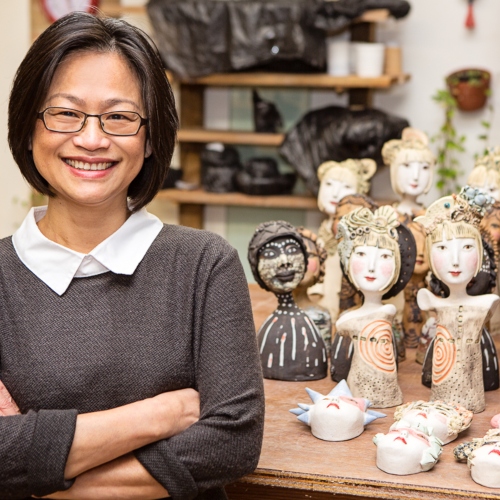 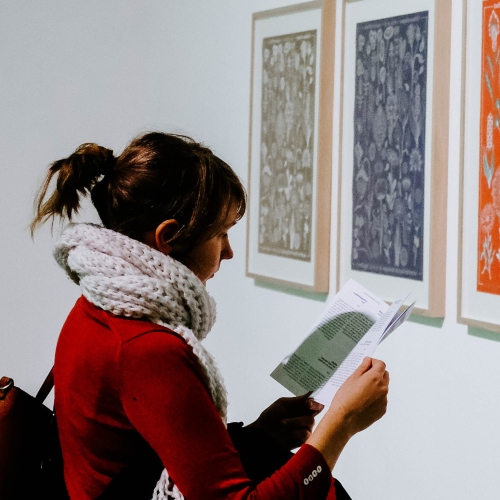