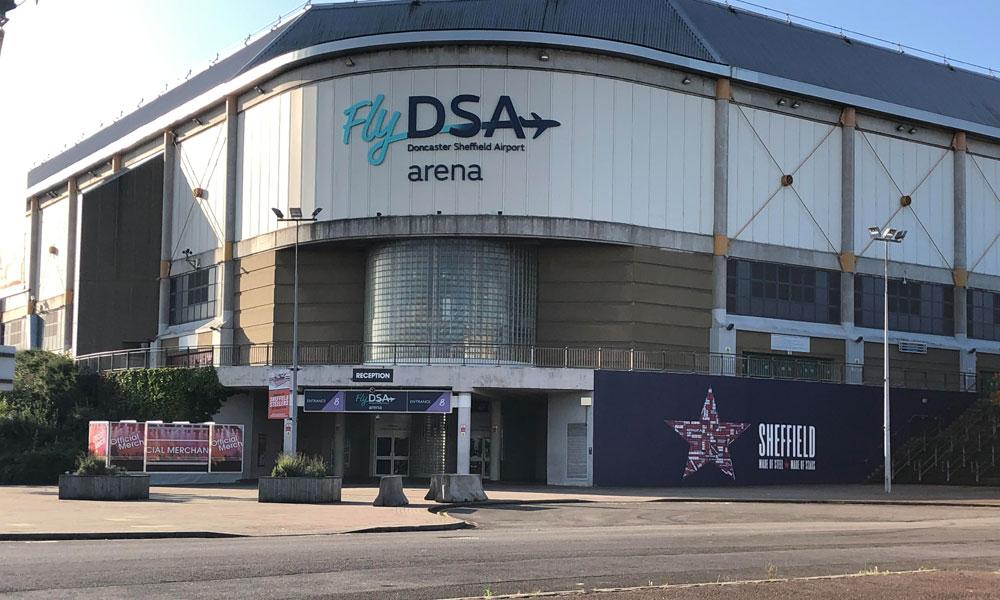 Over £1.5million has been announced for FlyDSA Arena to guarantee that customers, event organisers and promoters have the latest venue facilities, including a new ice plant, improved electrical works, dressing room refurbishment and safety upgrades.

Home to the Sheffield Steelers, the new ice-plant will be installed during the ice hockey close season, ready for the start of the 2020/21 season in August.  Replacing the original 30-year old equipment underlines Sheffield City Trust’s commitment to sustainability.  The new equipment and associated electrical work will provide a more environmentally-friendly, efficient performance; reducing energy consumption and carbon emissions as well as providing better quality ice for ice-hockey and touring shows, such as Disney on Ice.

Extra security measures will also be installed at the venue following a comprehensive counter terrorism survey to ensure the Arena remains at the forefront of safety and security.

Head of SIVLive Dominic Stokes said: “The history and heritage of this amazing venue is what makes it so special. With the support of Sheffield City Council, the investment in the FlyDSA Arena will ensure it remains one of the best multi-functional spaces in the region, promoting our great city and supporting Sheffield City Trust’s aim of improving the health and wellbeing of the people of Sheffield.”