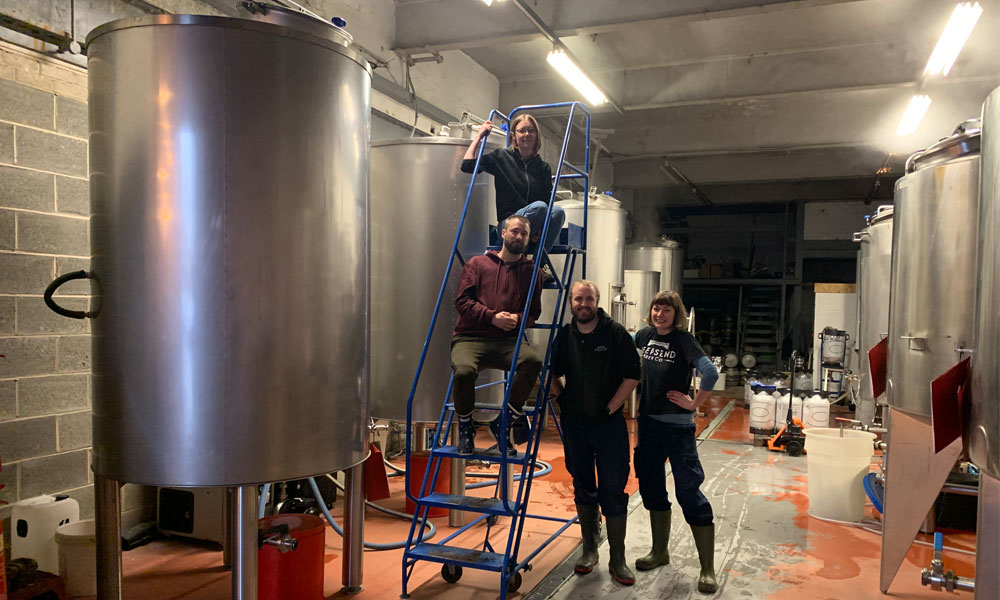 Walkley Beer Co. turns five later this month, and what better way to mark the occasion than by making a special one-off birthday beer with their mates and local brewers Neepsend Brew co.?

This morning, staff from the South Road beer hangout joined brewers Gavin Martin and Hannah Bolton-Tite to muck in with the brewing process of their very own Rye Pale Ale, which will be available in both cask and keg at their birthday weekend celebrations on 29 and 30 November, from 2pm. 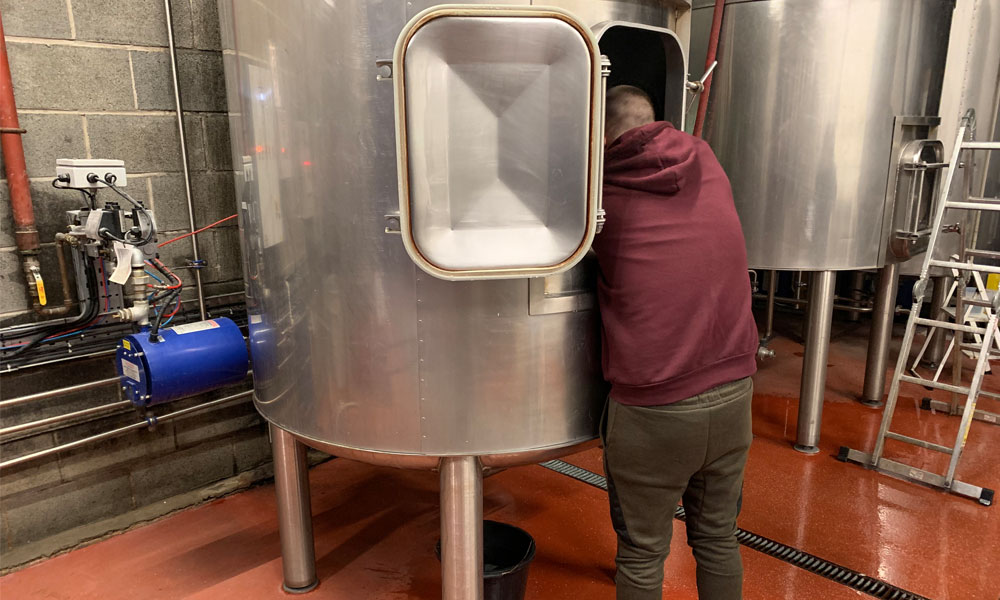 Walkey Beer Co.'s Nick Davy throwing himself into his work

Walkley Beer Co.’s Nick Davy told VIBE: “We’re working with our good friends at Neepsend Brewery to brew an extremely tasty Rye Pale Ale for our fifth birthday, which will be on offer alongside a lot of other tasty tipples from around the country.”

Lucy Kucharik, also from Walkley Beer co., added: “We started it when I got here at 8am and the grains went through the mill. We’re very, very into beer, so to make our own beer is like the ultimate experience for us.

“It’s going to be a rye IPA at 5.2 per cent and we’ve hand selected the hops. Having it on cask and keg will also be a nice comparison.” 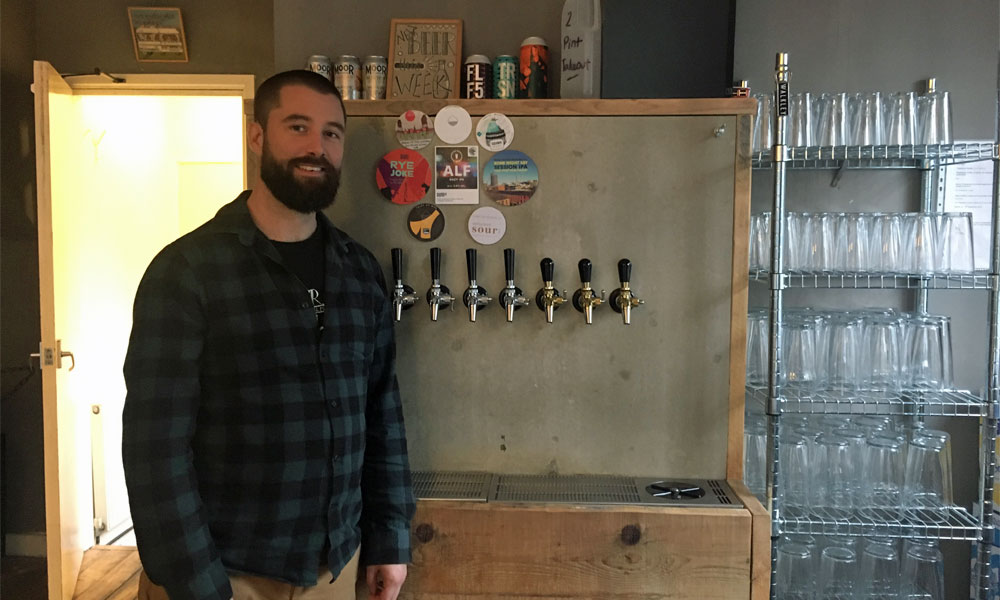 Nick and Lucy were invited along to help out by Neepsend Brewery brewer Hannah Bolton-Tite, who regularly frequents Walkley Beer Co. She said: “I think they’re enjoying it so far, but I think they’ll have a bit of a shock when it’s time to dig the mashtun and they have to do some heavy work! Hopefully they’ll really enjoy the day with us.

“Because I drink in Walkley Beer Co. a lot, Nick approached me about doing the collaboration brew in the first place and obviously we were on board with that. We’ve had a whatsapp group and had ideas flying around for what we wanted to brew, as well as some poorly named puns for the beer.

“I’m personally a massive fan of rye beers and I haven’t seen many pale rye beers, you often see it as a red rye beer, and Walkley Beer Co. like to do things a bit differently too. It’s been collaborative, which has been great, and we’ve all got our favourite hops in there. It represent a bit of each of us in the finished product and it should prove to be a nice pale, lightly spiced rye beer with lots of juicy hop flavour in there.” 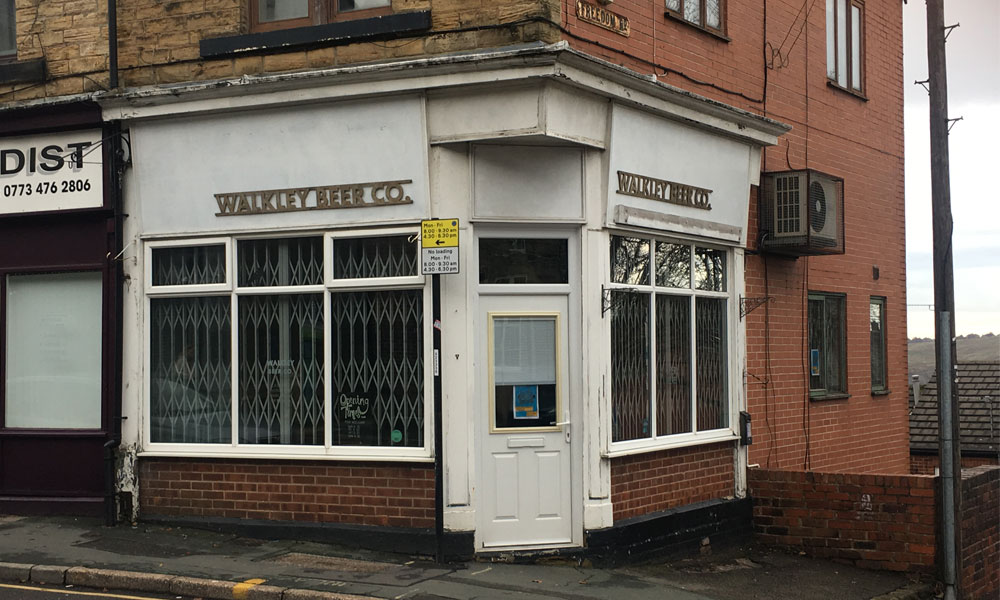 Nick added: “We did have ideas of making really crazy beers and going really out there, but we wanted something that everyone will enjoy that will be accessible as well as interesting. The rye should give it a nice spicy kick in the flavour.”

As well as their own beer, they have also been hoarding beers from around the country which they say are representative of what they would usually sell, but are also a little bit different in order to make the birthday celebrations special. “It’s a celebration of who we are and what we supply.” says Nick.

There will also hopefully be a stout birthday cake provided by Nick’s wife Joanne Davy. And if stout cake and an exclusive rye pale ale doesn’t float your beer-filled boat, we don’t know what will!

For more info on their birthday weekend celebrations, head over to the event’s Facebook page here.