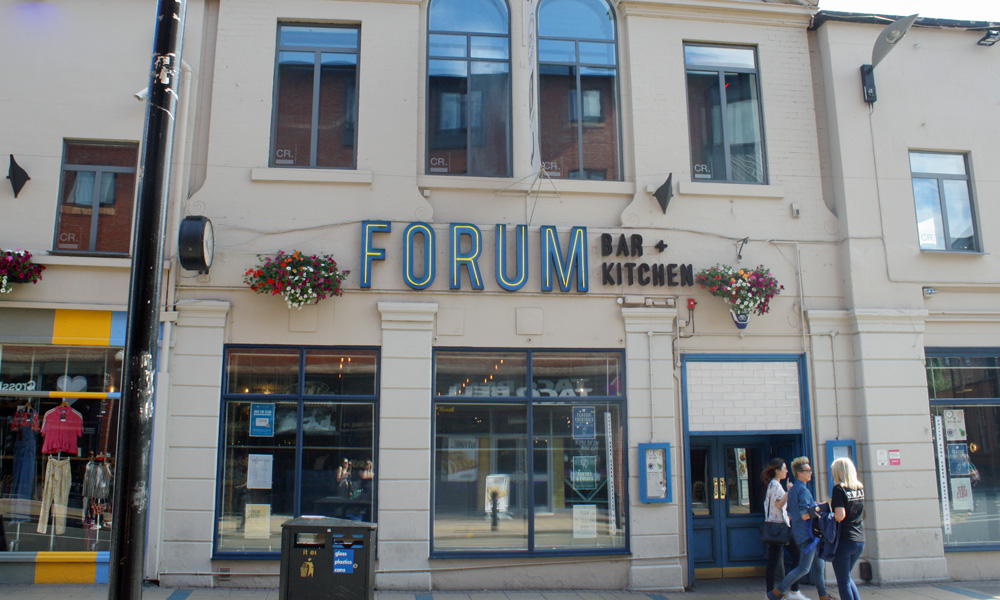 Forum is one of 50 restaurants offering special menus and offers during Dine Sheffield.

From 21 – 28 September, restaurants across Sheffield will launch bespoke menus to celebrate the city’s diverse and vibrant dining scene.

Around 50 of the city’s restaurants are signed up to Dine Sheffield, a new initiative from Sheffield’s Business Improvement District (BID) based on Restaurant Week, which was first launched in New York. A whole host of dining establishments have signed up to the initiative, which is part of BID’s Alive After Five campaign to encourage shoppers and diners into Sheffield city centre in the evening.

Each eatery has crafted a bespoke menu priced at either £5, £10 or £15 per person, which will be available throughout the week. It isn’t just traditional restaurants that have signed up either – street food vans, local breweries and world cuisine will also be providing special menus.

Sheffield BID manager Diane Jarvis said: “Sheffield City Centre has a strong food offer comprising big names and independent venues. Dine Sheffield is part of our strategy to develop the early evening economy. It provides a collaborative platform to showcase our great-range of eateries and the diversity of the food and restaurant sector.”

Adrian Bagnoli, co-owner of Cubana Tapas Bar and Restaurant and BID board member said: “The Alive After Five campaign is about creating an early evening ambience and bringing an additional buzz into the city centre which people want to be part of. We’ve got such a highly regarded independent offering across the food and drink sector in Sheffield, it’s great to have an opportunity to work together to showcase the offer. I hope that Dine Sheffield will become a twice-yearly fixture on the Alive After Five calendar of events.”

From tapas and BBQ to American, Italian, Japanese and Mexican, there’s a participating restaurant to suit all tastes. Offers are available not just for dinner but also lunchtime and several cafes are also participating. Q-Park, NCP and APCOA are supporting Dine Sheffield with promotional discounts and fixed rates for diners.

Full details, including all participating venues and relevant vouchers, are available now at dinesheffield.co.uk.