Relish a trip to The Old House 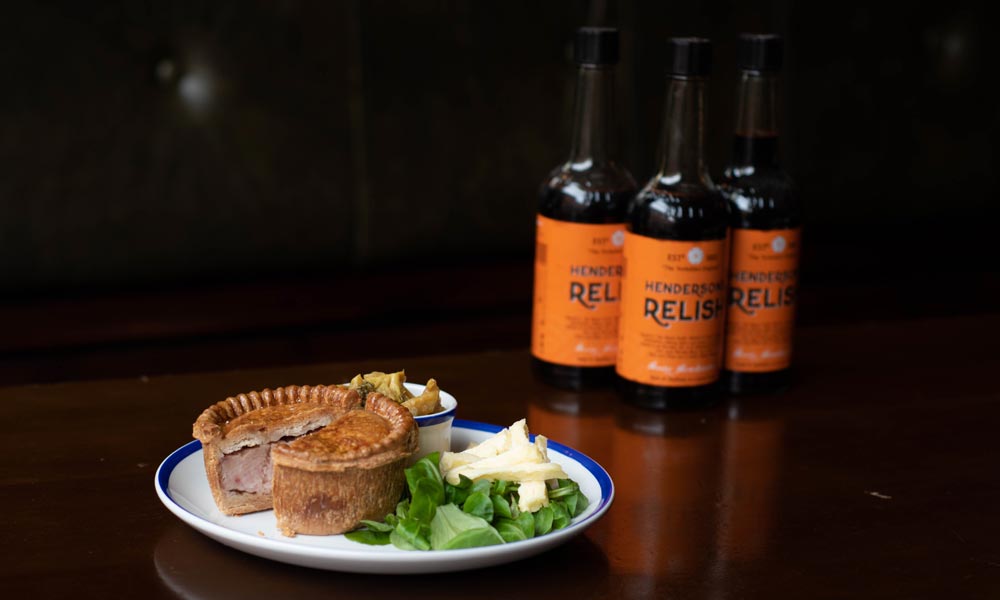 This alliance enhances The Old House’s existing offering through new food and cocktail menus that can be devoured from today. Comfort food inspired by the classic Henderson’s Relish cookbook is being served with a twist alongside an extensive cocktail menu that celebrates the best of the Steel City.

General Manager at The Old House, Tom Hay-Owens said: “We are immensely proud to offer our guests a truly Sheffield oriented bar and who better to partner with, than the embodiment of strong and northern.

“The fresh food menu, which boasts a splash and a stir of Hendo’s throughout, consists of hearty mains such as our award-winning pies, bar snacks and of course, Hendo’s salted chips to showcase the signature Yorkshire Relish in all of its glory.”

Henry Henderson blended the first batch of Henderson’s Relish in Sheffield in 1885. More than 135 years later the family business is still blending to a secret recipe, known to only three family members. In 2019 a 192-page cookbook, Strong and Northern, was released featuring 60 recipes covering family classics such as stew and dumplings.

Matt Davies, General Manager at Henderson's Relish, said: “The Henderson's Relish 'Strong & Northern' Cookbook tells Sheffield's story through its people and its food.  The Old House and its new Henderson's themed menus are sure to offer a warm welcome to all. Congratulations to Tom and the team for their creativity, and for their hard work in getting the bar ready to go.”

To mark the collaboration, UK-based illustrator, Kid Acne has designed a custom bottle label aptly named ‘Splash it On’ using his signature design style and typography. The limited-edition run of Henderson’s Relish bottles is available to buy from The Old House.

The Old House is open from Wednesday to Sunday. To find out what is on the menu and book a table, please click here.