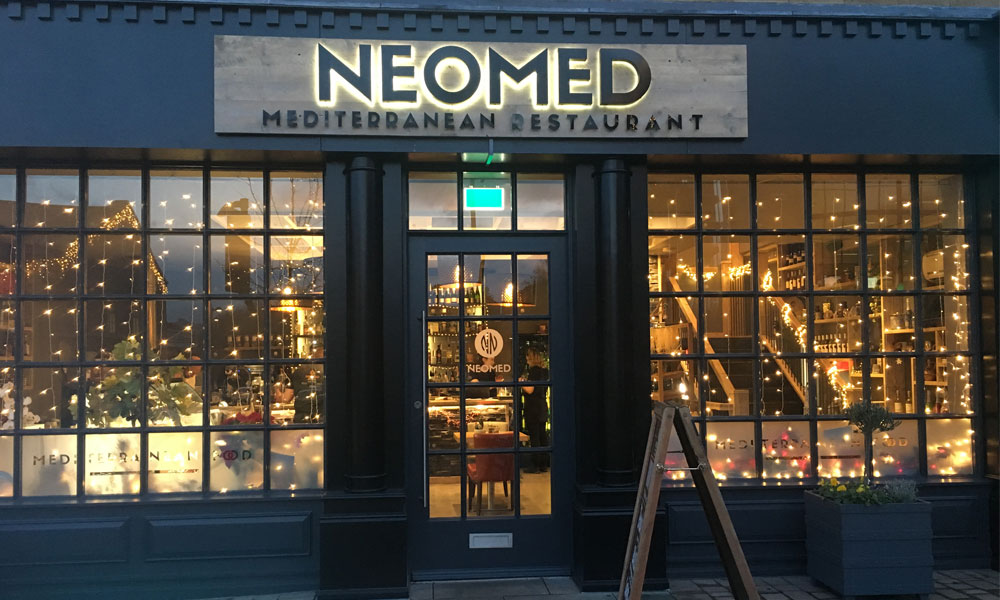 New restaurant Neomed opened its doors to the residents of Stocksbridge back in November, and has slowly been gaining a reputation on Fox Valley Retail Park for its authentic Mediterranean-inspired cuisine.

The restaurant comes from the same family who own the Old Bridge Bakery at Holmfirth, who also run a market stall at the Fox Valley Friday Market selling homemade artisan bread. 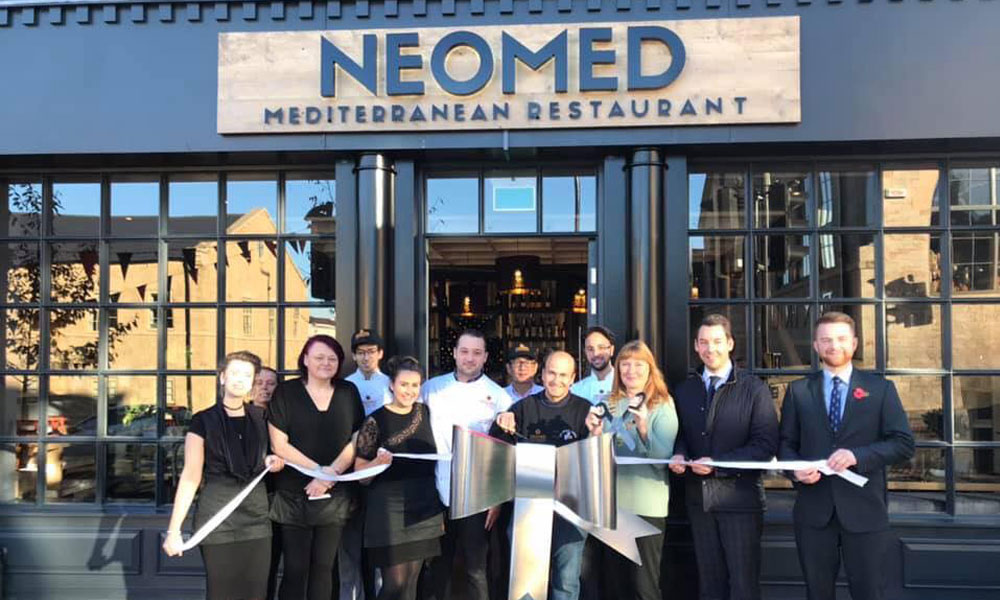 The award-winning bakers have now taken the leap and opened a family-run restaurant, drawing on their strong Mediterranean heritage. Owners Greg and Mandy Christofi, hail from Cyprus, and have set the restaurant up with their daughter Lucy and her husband Alessandro Vergine, who arrived on these shores from the boot of Italy when he was ten.

Alessandro, along with Lucy, has taken on the day-to-day running of the restaurant, as well as the responsibility of being head chef with the help of his long-time friend and pizza chef Oscar. We sat down with Alex to find out a bit more about the restaurant. 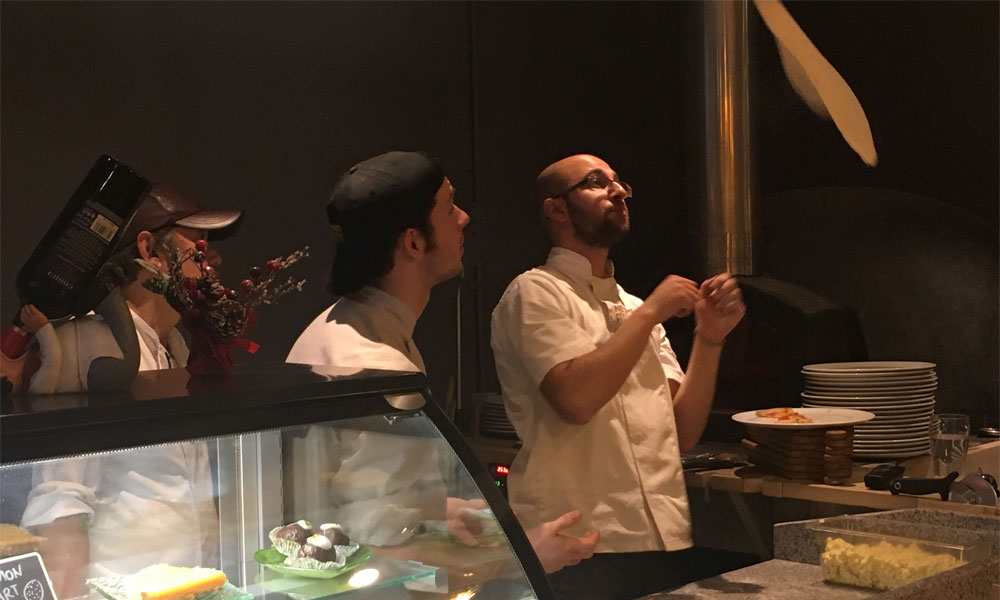 Alessandro said: “I can honestly say it was one of those things where, if you dream it, and you dream hard enough it happens.

“The idea of Neomed is to respect the Mediterranean Sea. I’m from the South of Italy and I just love the sea. The Mediterranean is special for me because it touches so many coasts.

Alessandro's vision long term is to introduce people to cuisines from parts of the Med that they might not otherwise of looked on as an area of outstanding cuisine. He said: “If you talk to someone about the Med you think of the holidays you’ve been on, and I bet they’re all European. You forget that the Med touches Morocco, Lybia, Syria, Israel, half of the Arabic Gulf and Jordan. 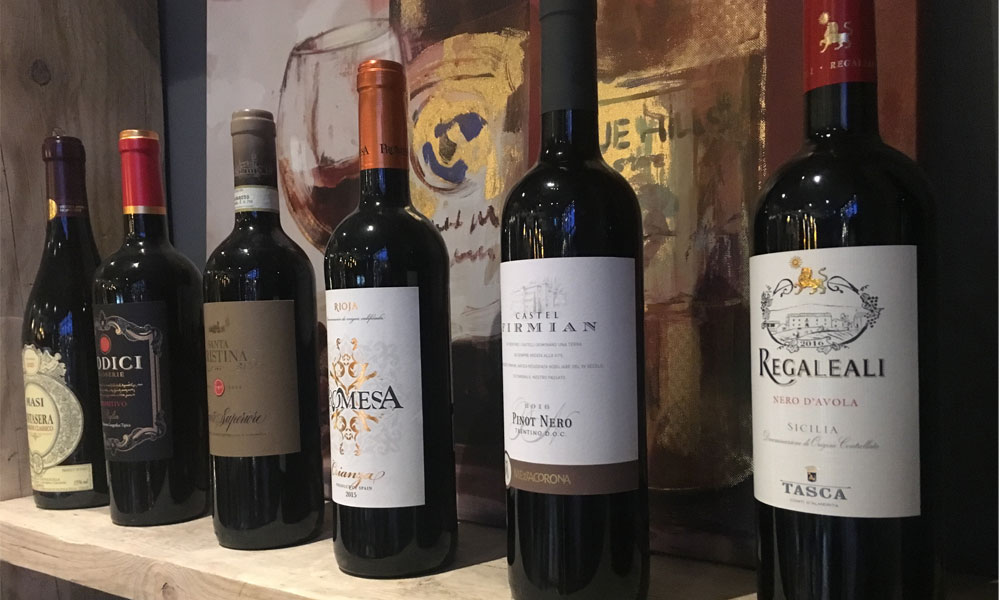 “I’m trying to respect the whole Med, and that’s what Neomed is gonna do, it’s going to shock. The only time you hear of Lybia and Syria is in the news. You forget that people have lived there for thousands of years, the culture is rich and so are the products.”

As we talk (and munch on some complimentary bites of honestly the best pizza I’ve had since I was last in Italy) it is obvious that Alessandro is both incredibly ambitious and incredibly passionate.

His family hails from the beautiful beaches of Puglia, in Southern Italy, but they moved to less sunny climes when he was just ten. Food was a big part of his family life but it wasn’t until he went to uni and, far from anything to do with food studied photography, video and digital imaging, that he was introduced to ‘British cuisine’! 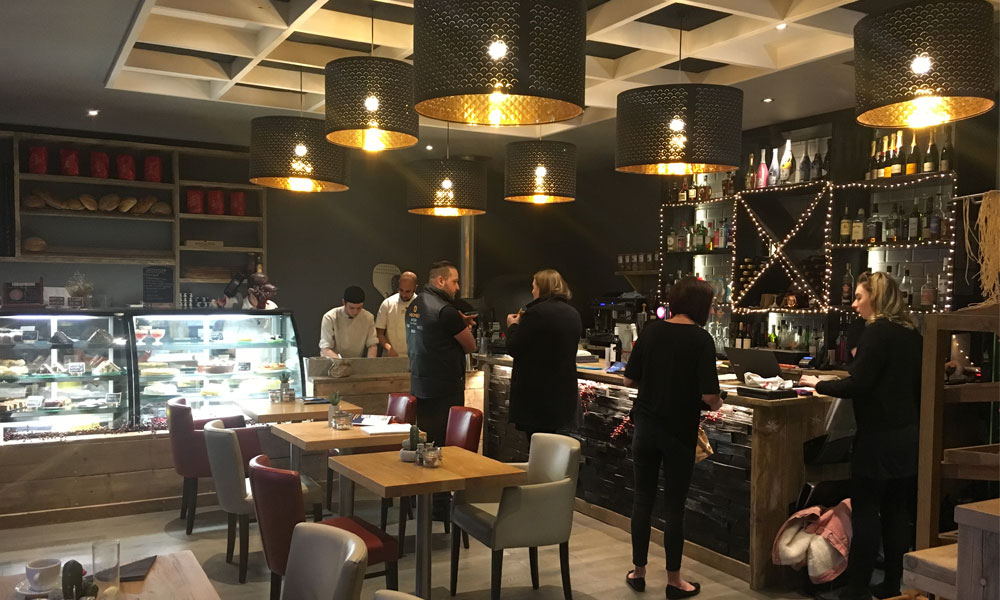 “I’m a stereotypical Southern Italian,” says Alessandro: “I’ve always been cooked for by mum and nana, and mum even said I was always different. At like 8, 9 I was always stood trying to look at what she was doing.

“Then I went to uni and everyone was eating Pot Noodles, kebabs and takeaways and I did for a bit. I never had the routine of cooking, I was cooked for. So I had the phone stuck to my shoulder, ‘mum how do I make a Bolognese?’, then it becomes an obsession. If you’ve got a passion or skill inside, it’ll find its way out.” 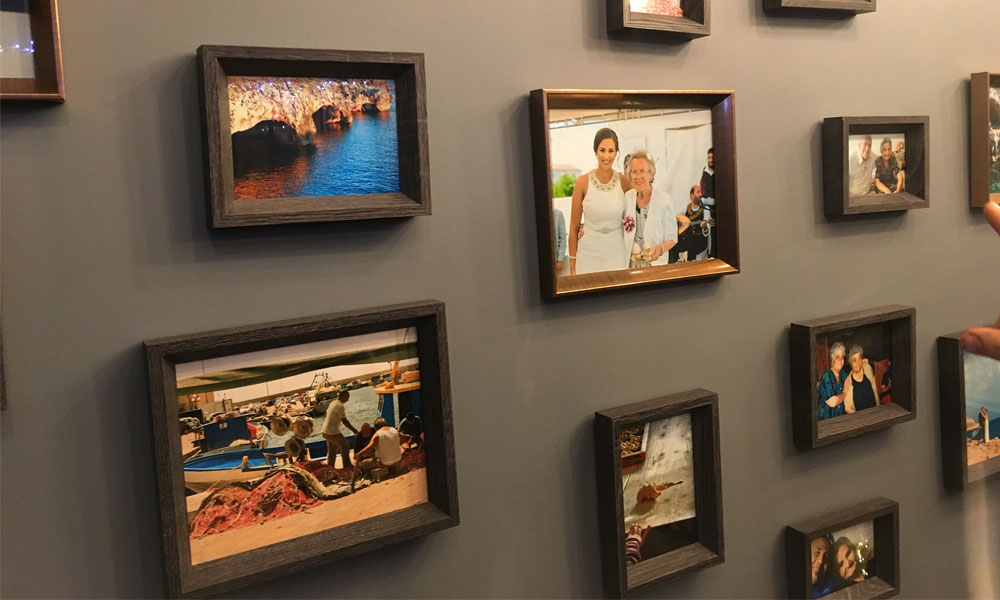 Alessandro never looked back, and inspired by the likes of Lounges, who recently opened Zorro Lounge across the way in Fox Valley, Alex hopes to make Neomed a strong brand, and already has plans to open a second Sheffield venue in the near-future.

For now though, his focus is on Stocksbridge and his plans to introduce more dishes from the Med with less of a European influence throughout January. Alessandro said: “I want people to be like, wow I’m tasting Syrian food in Stocksbridge!”

Neo Med can be found in Fox Valley’s Independent Quarter next door to Hummingbird Bridal Studio and for more info check them out on Facebook. 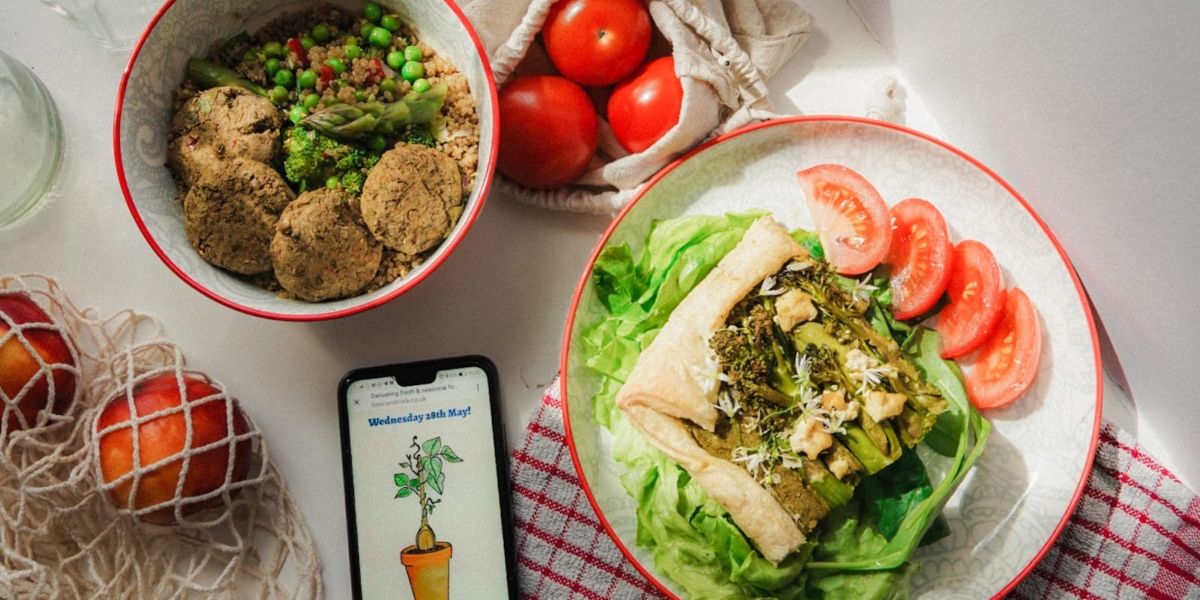