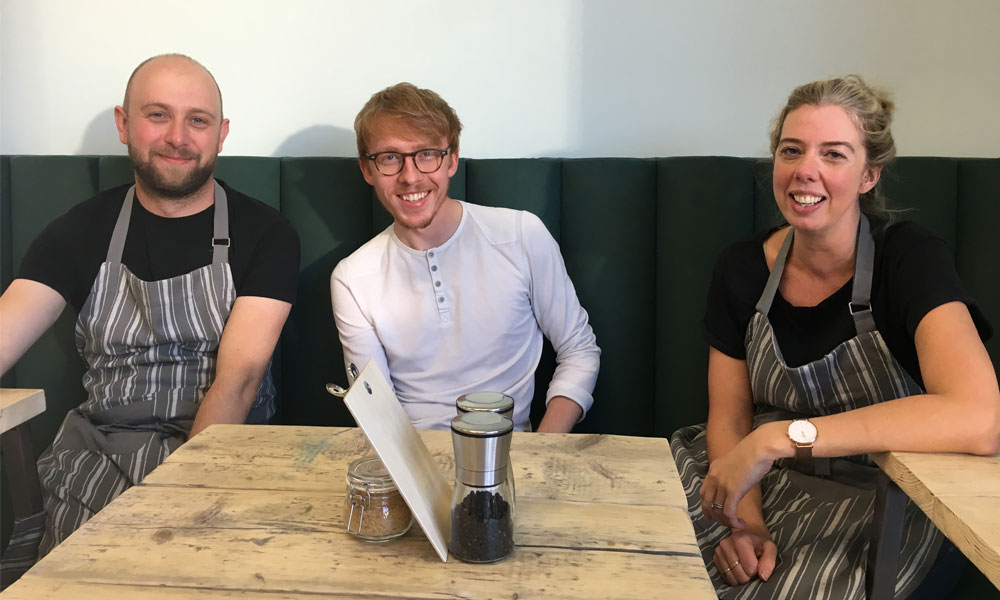 Kollective Coffee and Kitchen opens to the public this weekend, and we caught up with its owners ahead of the big day

Site Gallery opens with its inaugural exhibition this weekend, after a £1.7 million facelift and expansion, but it’s not just the artwork that has a new home, there’s also a brand new café for us all to scratch our chins and marvel at.

Kollective Coffee and Kitchen is a new independent café inside the new gallery, on Brown Street that will be serving up coffees, lunches, brunch and breakfasts to the gallery’s visitors and as you’d expect from an art gallery’s café, it’s really rather lovely. 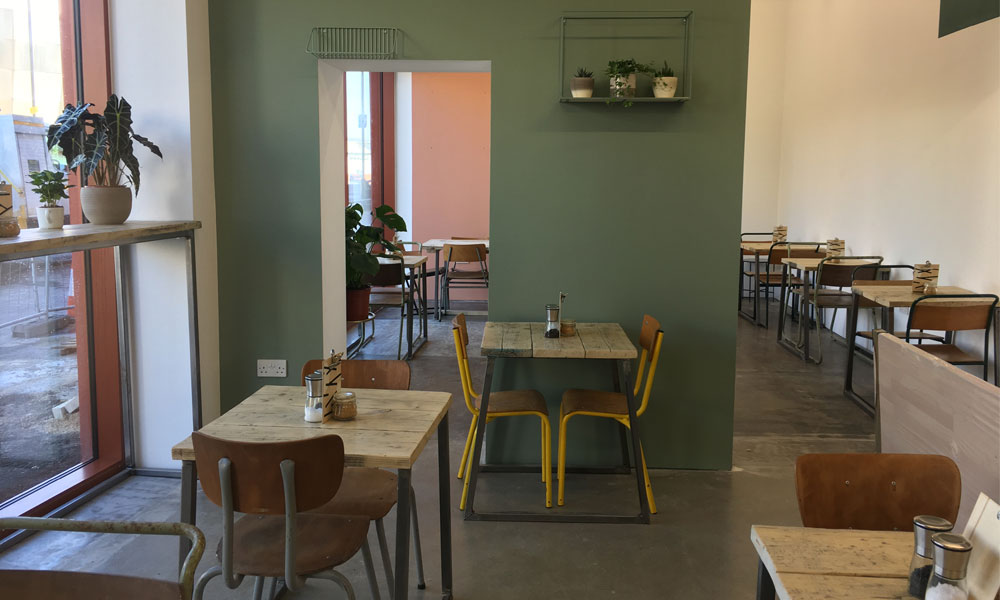 Its owners Hayley Glover, Owen Manns and Tom Reeves met while working together at the Grind Café, when Owen moved from Manchester five-years-ago. He began working as a chef at Kelham Island’s Grind café, where Hayley was general manager and Tom was the assistant manager.

Hayley told VIBE: “Together we just clicked and that’s why we’ve decided to do it on our own. We’re really proud of what we did at the Grind and with this place, we just want to stick to what we know we can do.” 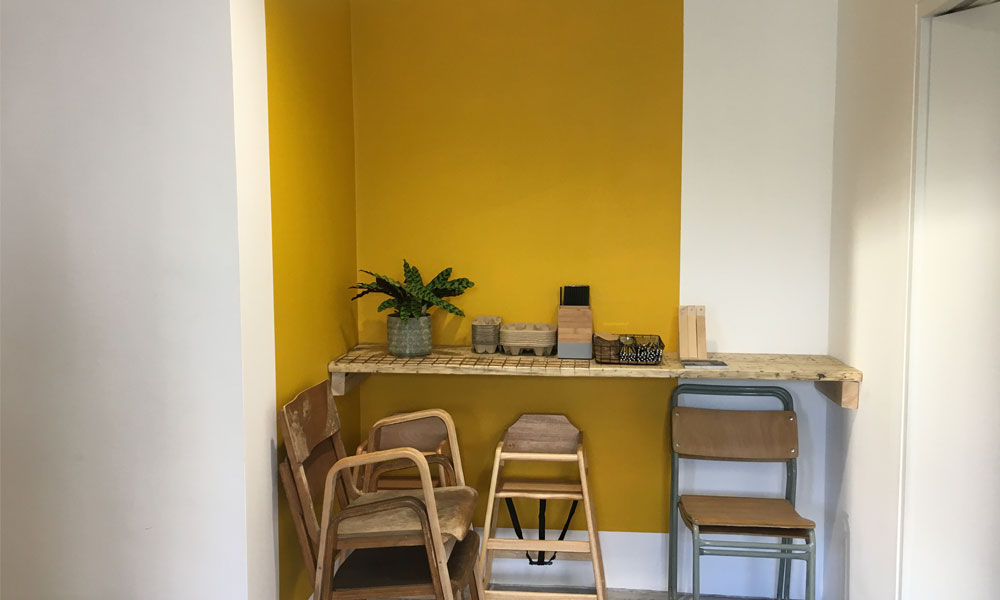 The three were approached by the gallery, who had put out the gallery’s catering to tender, and they then had to fight off competition from ‘three or four other bids’.

“We were thinking pretty much the same as them (Site Gallery) so it was a case of right place, right time, right ideas,” says Owen: “They’ve loved everything we’ve done so far and they haven’t even seen the food yet! 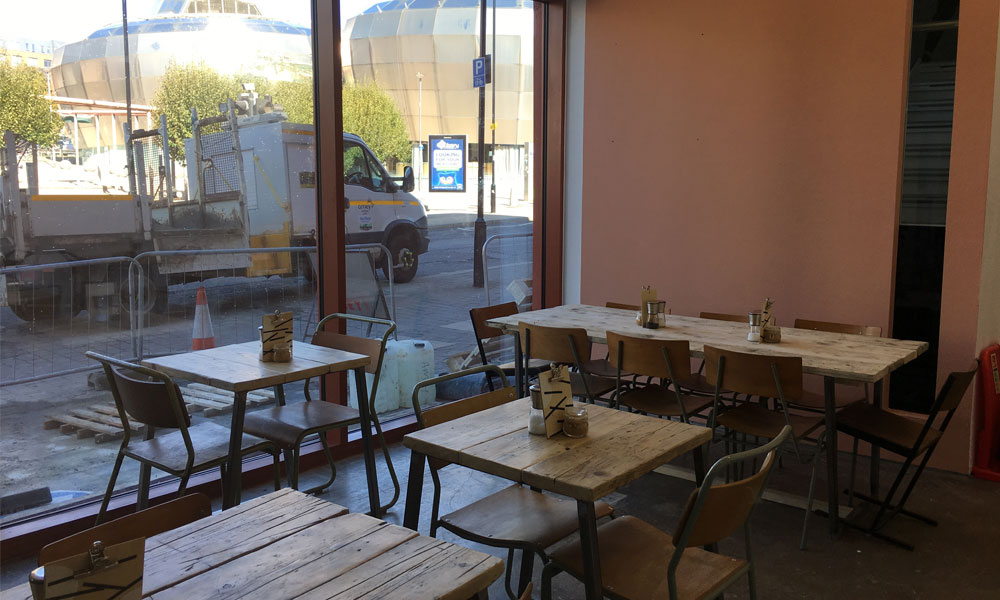 “We wanted to keep things exciting and colourful. That was our main starting point and that really resonated with the artist in them. That’s what we’re all about, we look all over the world for inspiration but try and make it into things that people recognise, by putting our twist on it.

“The gallery have the rest of it covered, and we want to expand and enhance the whole experience.”

The three of them are more used to being behind the stove, or coffee machine than with a paint brush in hand but together, they have brought the place to life with a bright colour scheme, with Tom even taking on a bit of tiling.

Owen said: “We’re so pleased and because we’ve done it ourselves, it’s even more satisfying. It was a completely blank canvass, to use an artistic term.”

The gallery plans to open at 11am but the café will be open from 8am every morning. They are making and baking everything in house and they plan to change the menus every week.

Ton said: “We wanted to make the menu concise and smaller. More focused on the dishes that people loved.”

Hayley added: “The idea is, you come in here for breakfast and then go into the gallery. We are independent but we are working as partnership, so we will bring visitors to them and they will bring customers to us.”

Sounds perfect, so how are they feeling about Friday’s opening?

“It’s the unknown,” says Hayley: “this place wasn’t open before so it’s not like renting a space on a street where you know what’s going to happen. At first I was worried that no one was going to walk in but after speaking to the gallery they’ve got so many visitors I’m worried it’s going to be the other way!”

The gallery and the café will be open to the public from Saturday, and you can check out Kollective out on Facebook here.