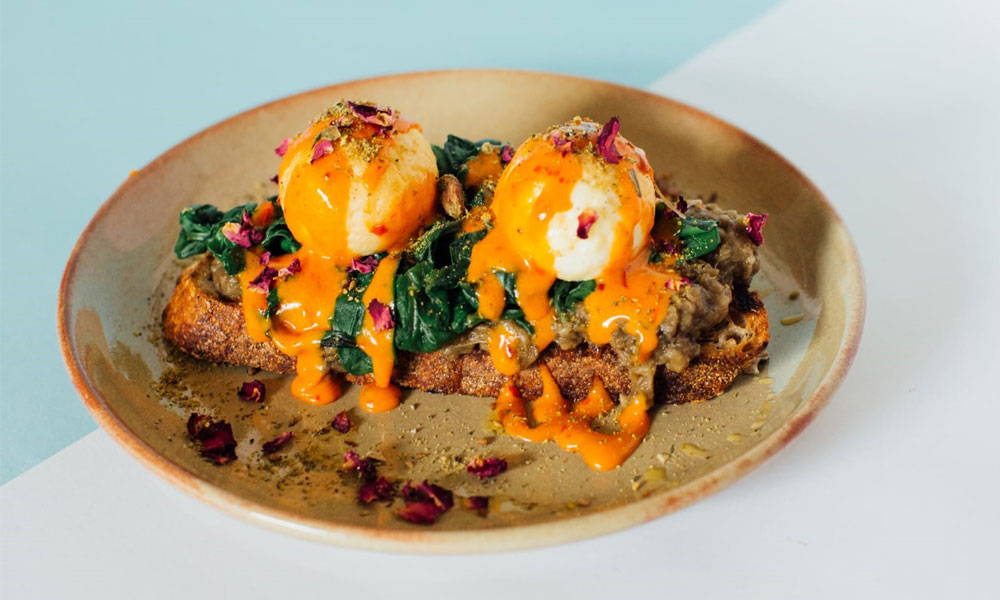 Earlier this year we told you about a new vegan and vegetarian restaurant opening in Kelham Island’s Wharncliffe Works, and VIBE can now confirm that the owners are preparing for a late-November opening, just in time for a Christmas feast.

As you can see from these new pictures the food at the Cornish Street venue is going to be a feast for the eyes as well as being a healthy source of fodder for our bodies, so we sat down with V. or V.’s new head chef Danny Lynn to find out a bit more about his exciting new menu. 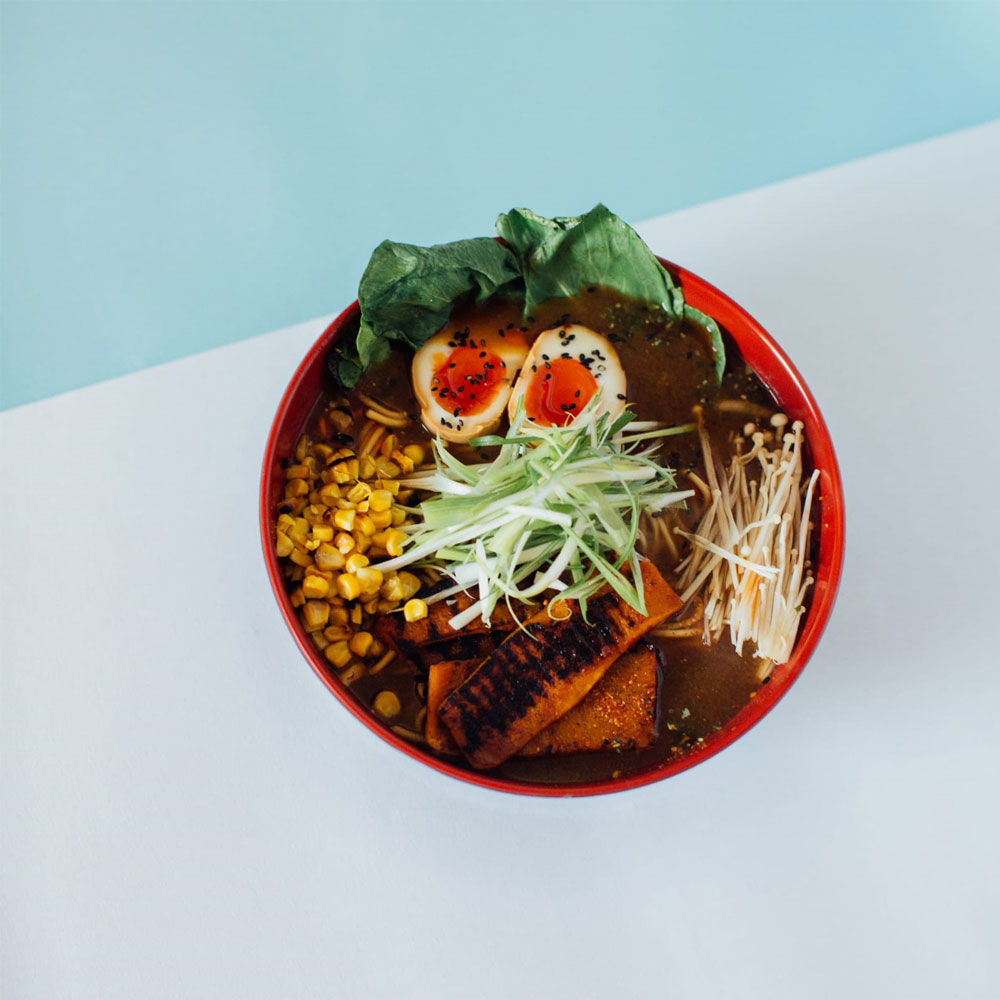 “The main thing for us is offering something that’s quality in its own right, that’s a bit different from what you can expect.” says Danny, “Another big thing for us is being inclusive. It’s about everyone being able to come and enjoy something.

“The menu is quite broad. The only constant is that it’s all vegan and vegetarian and I’d say probably 80 per cent of it is vegan, but we’re not militant about that. For me, if I can make something taste really good, and it be vegan, then that just means everyone can eat it.

“It’s all fairly accessible, whilst be quite an interesting twist on things people might have tried before. That reference point is important for me for meat eaters. I think about it like this, if you’re vegan or vegetarian, and you’ve got to take your meat-eating parents out to dinner, I see us as the type of place you can take them without them finding it overwhelming or like a theme restaurant.” 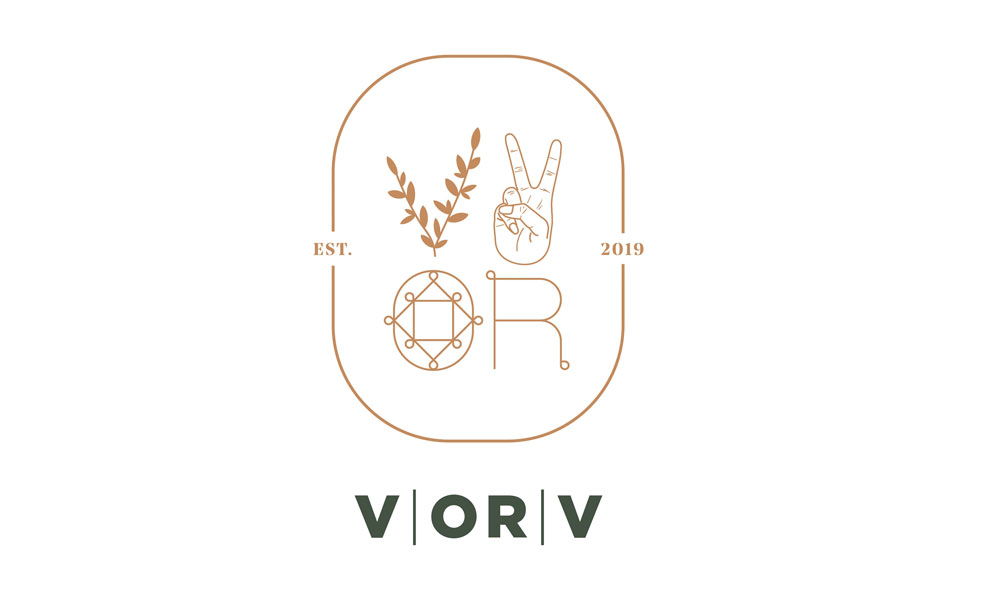 The restaurant is set to open all day, with a café-brunch menu and a few lunch dishes on during the day, moving into an evening a la carte menu. The venue will also operate as bar where if you just want to pop in for a few beers and a snack, some small plates and tapas menu will give you that option.

Danny said: “In the day, we’ve got a celeriac reuben sandwich is very cool. With that we’re emulating something that is traditionally meat but we’re using a vegetable and marinating that in certain spices that takes on a sort of pastrami flavour. We’re also doing a full English breakfast, making our own vegan haggis, using particular meaty oyster mushroom, so we’re using slightly different ingredients that people might not normally have.”

It’s more of the same from the evening menu, with a mouth-watering list of dishes including a Middle Eastern style barbecue hispi-cabbage dish, smoked cauliflower risotto, celeriac schnitzel with homemade remoulade, delica pumpkin curry, vegan ramen using fresh noodles which are handmade in Attercliffe, and a half smoked aubergine dish. 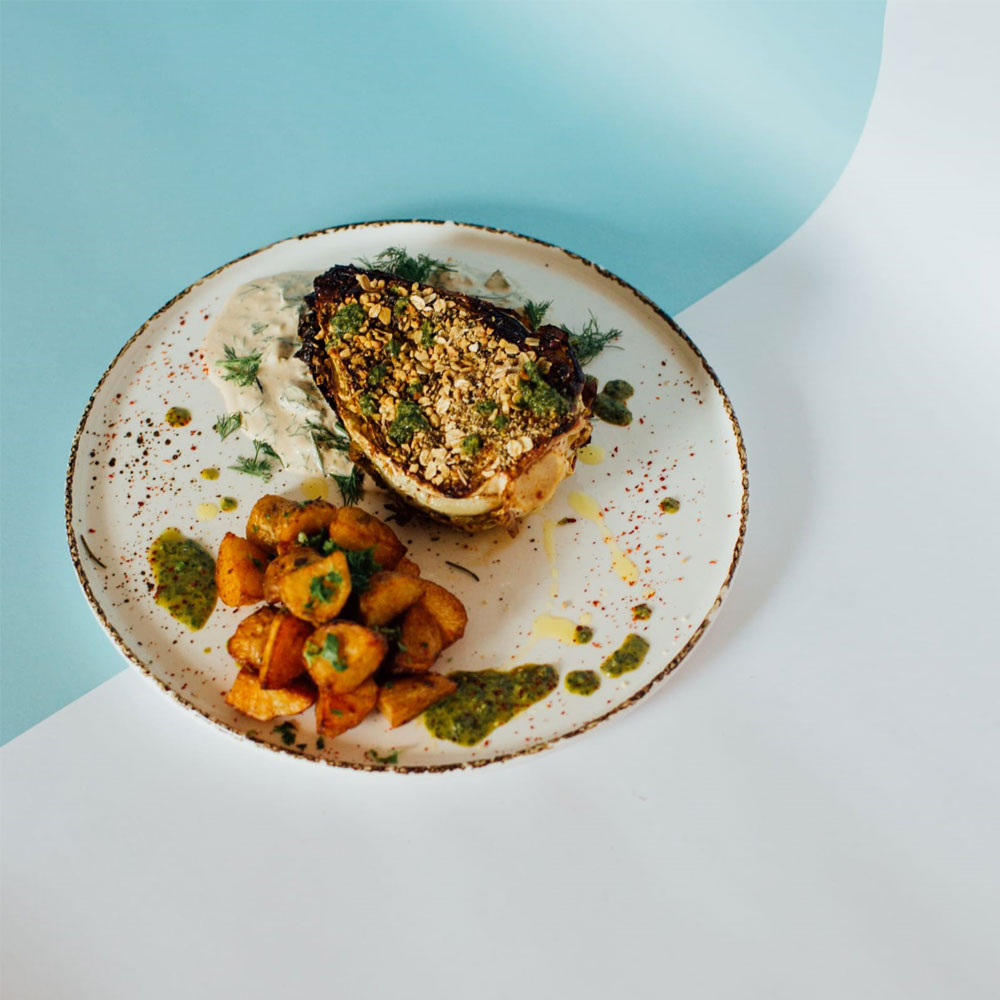 “The emphasis on the whole menu is fun,” says Danny, “It’s a small menu so we can make everything ourselves in house. All our sauces, which we’re eventually going to sell, chutneys and rotis etc, are all made in-house. Another big thing for us is that everything we can’t make we locally source, so the bread is from over the road and the cheese is from down the road at Little Mesters.”

Danny’s love of food, and veg in particular comes from his dad. He explains: “When I was a little kid, my dad used to take me for curries because his dad was stationed in India, in the army, so he grew up eating curries. That was in the 60s in London, when no one was eating indian food, but he was having like vindaloo for dinner and going to school and telling everyone about the weird food that he had eaten the night before. So a big part of my growing up was eating the same way, even though I’m a middle class white Caucasian I grew up eating different food, so that’s where it comes from.” 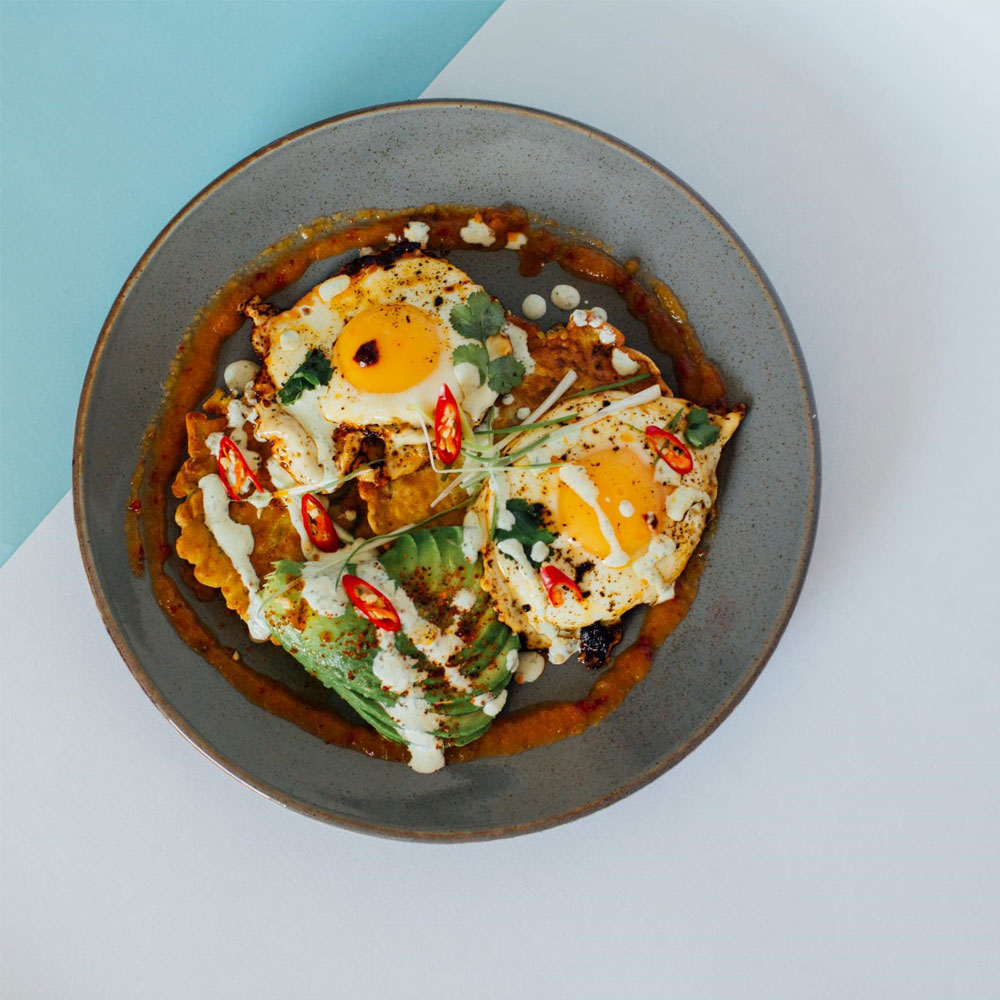 Most recently Danny was working as head chef at the Gatsby, where he was given free rein to develop their most recent menu changes, and as anyone who has eaten there in the last few months will testify, the lad knows his way around a vegetable.

Danny said: “That’s where I started to experiment with cooking with less meat. It was great to get good feedback on that, we did some really cool stuff there and we could do something different, so there’ll be a couple of dishes and ideas that we’ll be bringing across.”

V. or V. will be open late November and for updates on an exact opening date check them out on Facebook. Danny is also taking over Public’s kitchen for a week from tomorrow evening, so if you want to get an idea of what to expect from V. or V. head on down.

We can’t wait for this one!