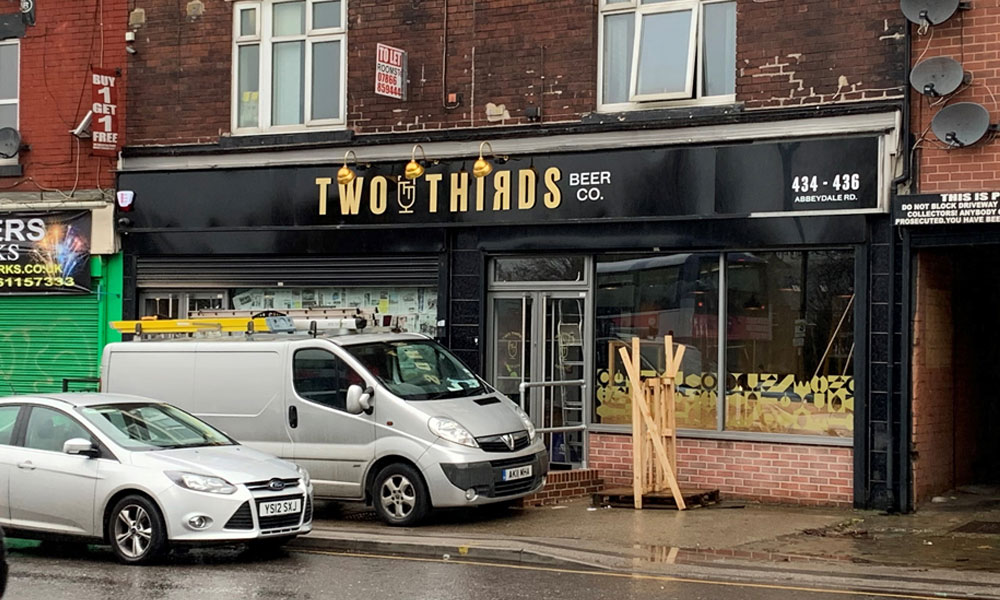 Two Thirds Beer Co. is set to open this week

Abbeydale Road beer enthusiasts haven’t got too much longer to wait for the arrival of Two Thirds Beer Co.’s as owners reveal the new neighbourhood bar is set to open on the road this Friday, 29 November.

Two of the members of Sheffield band Saint Petersburg have swapped their guitars and drumsticks for pint pots (or two thirds glasses) and wine glasses, as they take a break from making music to break in the new bar this week.

Band members Ben Stubbs and Danny Clare, along with their friend and business partner Adam Inns, have transformed the unit that was formerly home to vegan dessert spot Steel City Cakes, with a little help from the talented folks over at Rocket Design.

The new craft ale bar boasts 16 lines of quality and varied cask and keg ales, a fully stocked bottle bar and, given their other occupations, a pretty banging playlist. 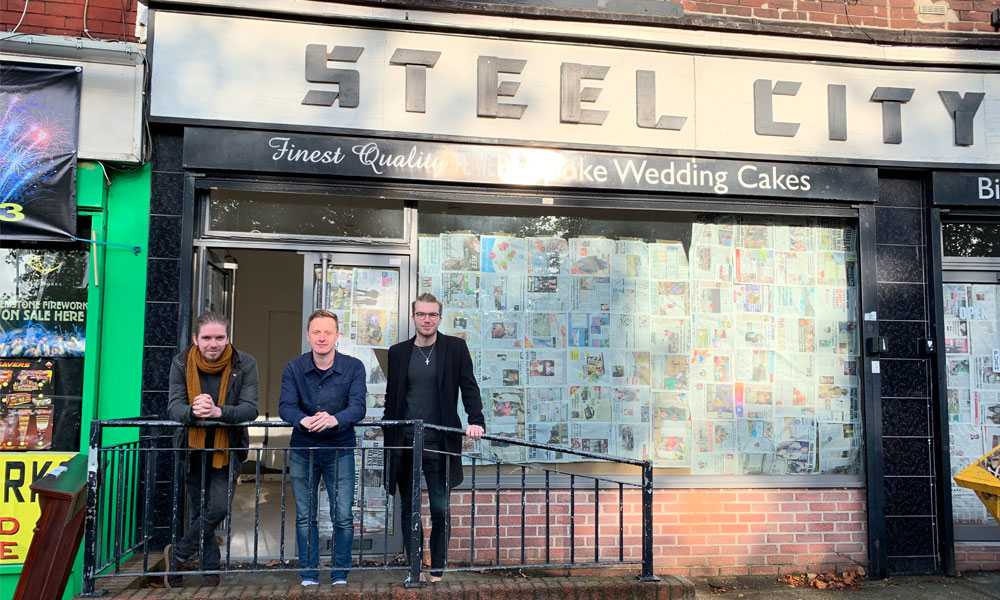 Two Thirds Beer co. bar has been a year in the making, and was conceived during a trip abroad. Danny told VIBE: “It’s an idea that came together when the three of us were together in Seville, last year. It stemmed from the Spanish serving drinks in smaller measures, so when it gets to the bottom it still tastes alright. Obviously it’s a lot warmer over there so you get these small measures.

“We wanted to take that idea and bring it home. We will still be serving pints, or three thirds, but we will try and encourage two thirds for the stronger beers, so you’re not paying nine quid for a pint. It doesn’t seem right to pay that much, so why not offer something a bit smaller that’s got a reasonable price attached to it, so people can sample new beers that they might not find anywhere else in Sheffield.”

Over the year, the idea has grown, as has the size of the venue! Ben said: “We looked at Steel City Cakes in January, and were set on it straight away. We initially thought it was too big, then they knocked another wall down, so now it’s doubled in size!

Adam added: “it started off as a micro pub and now it’s gone a bit macro.” 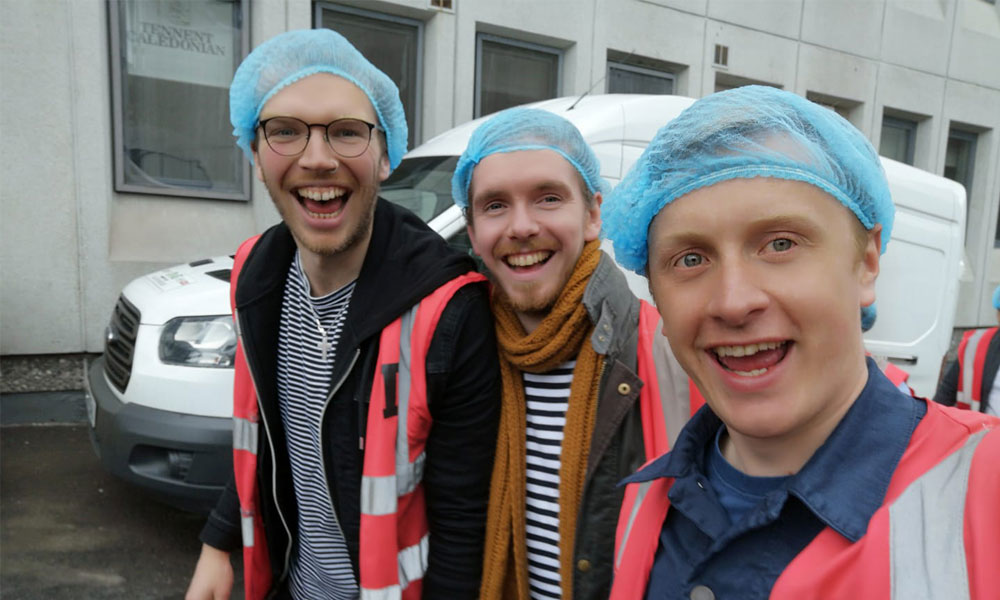 Abbeydale Road is fast becoming a hotspot for bars and restaurants, with a steady stream of new openings in recent times. “The stretch from down on Chippinghouse Road up to the Broadfield is brilliant now,” says Danny: “for food and drink. Everyone seems to be saying Abbeydale Road is the next Kelham Island.

“We’re trying to keep it different from what other people are doing, and just be complimentary. Barrowboy do amazing cocktails, we’re not amazing at that, so let’s let them do that, and people can come to us if they want amazing beers. We want to create somewhere we want to drink.”