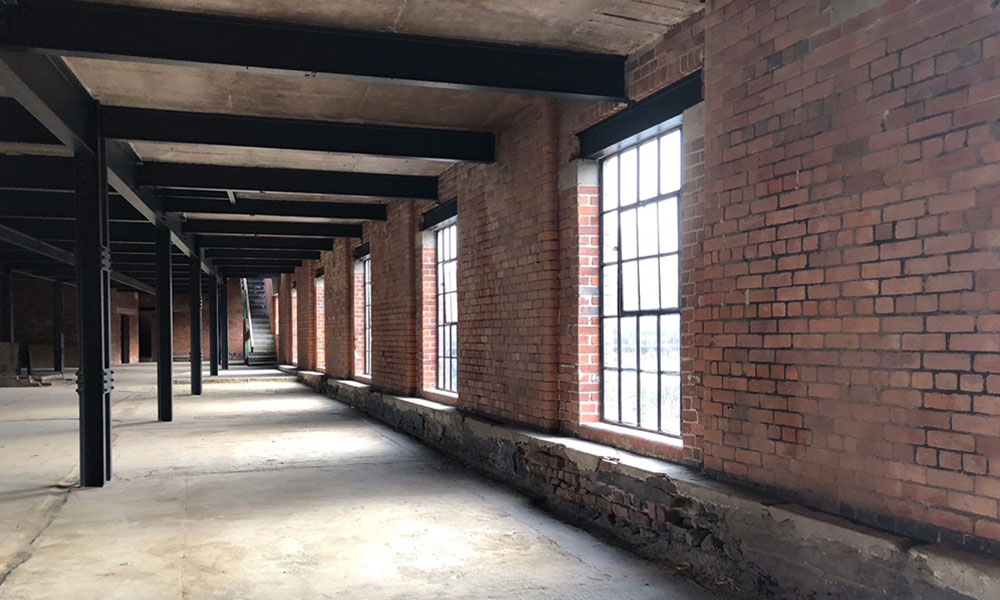 The Milestone Group are planning to bring an ambitious two-storey, 14 restaurant, independent food destination to the heart of Kelham Island this autumn

Sheffield’s Milestone Group, which includes Craft and Dough, Bocelli 1831, INC Roofbar and The Milestone itself, are planning to open a new ‘food destination’ called Cutlery Works this September.

The ambitious development on Neepsend Lane, near The Gardeners Rest, is being designed by Sheffield’s Coda Planning and hopes to include over 14 independent food establishments/restaurants and three bars, with a mixture of six or seven permanent outlets and seven or eight semi-permanent pop-ups.

The venue boasts two floors with plans to house the restaurants and communal dining hall on the downstairs floor, with a 300 capacity space upstairs, which can be hired out for private events and cookery schools.

Matt Bigland, owner of The Milestone Group, said: “I’m really passionate about this project, it’s going to be a food destination that gives independent entrepreneurs an opportunity to showcase their food offerings”.

“We’re giving people an opportunity, whether you want to come on a short term basis which could mean that they’re there for six weeks or 12 months, or longer.

He explains that the idea is for foodies to sample a range of foods from the variety of unique outlets and to place their order with them, before taking a seat and being served their meal by a waiter/waitress in the communal seating area. This is in keeping with the Milestone Group’s ethos for high service and standards and to create job opportunities in the area.

Beth Green, commercial business manager for the Milestone Group says, “We’re really excited about Cutlery Works, Sheffield is changing so much and it’s great to bring something innovative into the city for the people of Sheffield and an opportunity for other businesses.

We want it to be an experience with an informal communal dining style, where if you’re walking around Kelham Island, whether you’ve got the kids, you’ve got the dogs, you’re going for a night out, and you’re looking for somewhere to go, this is the destination for food.

For the Milestone’s owners this will be a return to the area where it all began over ten years ago. Beth said: “Kelham Island is where Matt’s heart is, because he took on the Milestone when it was the red light district and took a chance on it, and it’s paid off. Since he took it on, there’s been a lot of change and The Milestone was the first to the area, so I think that’s why Matt wants to continue to develop in this area.

“What we love about Kelham is that, up in town you’re almost in competition but down in Kelham you’re a community”.

We can’t wait to see how this one develops so keep your eyes on VIBE for more details as we get them, or if you're a vendor wnating to get involved with the project get in touch with them here.