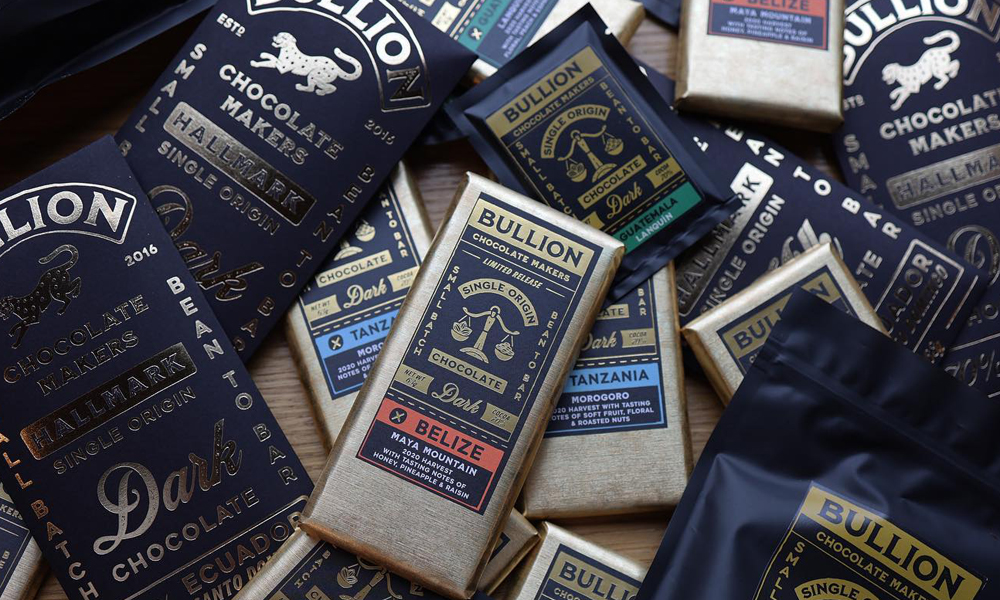 Featuring Bullion, Yorkshire’s first ever bean-to-bar craft chocolate factory with chocolate that takes you to a whole new level

Bullion always excites us here at VIBE Sheffield, I mean it turns the dream of Willy Wonka’s chocolate factory into a reality. That being said, it’s important that we separate Bullion as it’s own entity because they completely deserve their own praise for the luxury brand Max Scotford has created.

You may think you know what to expect from chocolate – a cheap and cheerful sweet fix, with every mass-produced bar tasting pretty much exactly the same. The truth is, chocolate can be so much more than that.

Bean-to-Bar is a relatively new concept to most. It’s the process of actually importing cocoa beans and making chocolate from scratch. Following in the footsteps of craft coffee and craft beer, you can expect bean-to-bar craft chocolate to carry similar values of small batch, transparency and superior quality.

At Bullion, they set out to discover and unlock the ‘hidden gold’ in cacao: the distinct flavour that beans from carefully selected farms can produce. This is inspired by the Ancient Maya, who prized cacao more than gold and even used beans as currency. Bullion’s purpose is to reaffirm that appreciation it once held. They believe by removing the stigma that chocolate should be a devalued sweet or bitter quick fix, and encouraging people to discover chocolate for what it truly is, they can achieve this.

“I feel most people are barely scraping the surface when it comes to chocolate. The chocolate we’ve come to expect is so far from what it could be. For years the true flavours of cacao have been masked in order to create a product, which is a consistent sweet fix for the masses.

When in truth, chocolate is so much more complexed than that. Different bean varieties, harvests, origins and post harvest production processes, all have a huge baring on the finished taste. So no two bars are quite alike, which really opens up a side of chocolate that many people just don’t know about.

Witnessing someone taste true craft chocolate for the first time is quite special for me. Something they thought they knew, but they actually really didn’t. It only took a bite to realise that.”

Bean-to-bar is by no means a simple process, but they believe it’s more than worth it. They undergo a certain, in-depth process broken into these stages:

It is fair to say that the chocolate you consume from Bullion is made with love and care and with great attention to detail to ensure the final product is perfect.

Bullion was included on Saturday Kitchen, featuring and selecting their Hallmark Milk chocolate for the show.

“I’m not normally a milk chocolate man, but I could do 4 bars of the Bullion right now” - a great testament to Bullion. 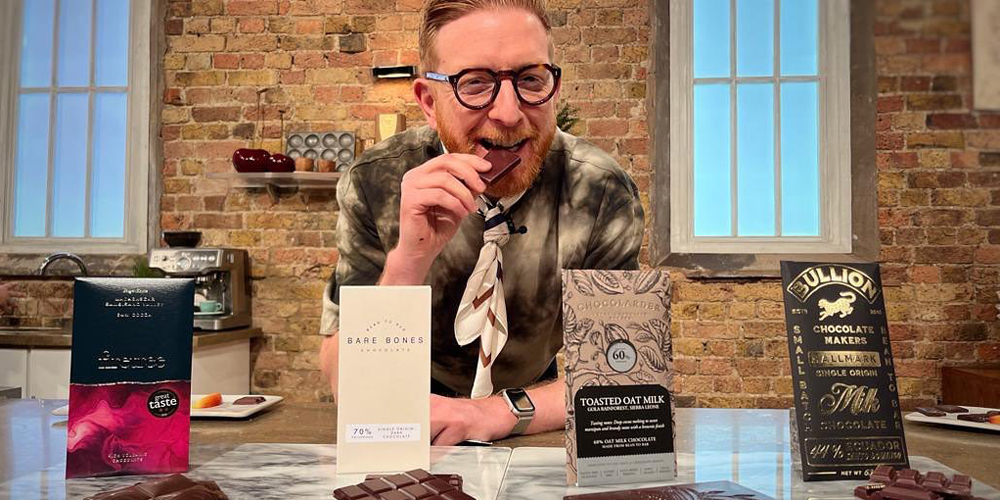 From the packaging to the taste, the experience they have created for their consumers is incredibly luxurious. With distinct and diverse flavours, it’s time for you to get your chocolate fix. Interestingly, many of the chocolate companies you may be familiar with have chosen to sacrifice flavour in exchange for consistency and a lower market price point. You can be assured that at Bullion they celebrate the inconsistencies from the terrior to the yearly harvest. Each grower has a story to tell, and they’re here to tell it - and you’re here to taste it.

Want to enter into a world of pure imagination? At Bullion, they want everyone to experience the joy of their craft chocolate. Join them for one of their chocolate factory tours or events and immerse yourself in a world full of indulgence.

Why not book a table at Cutlery Works (the largest independent food hall in the north of England) and visit their café bar?

Enjoy craft chocolate in every form! Whether you want to shop their range of bars, enjoy a signature hot chocolate, sample one of their famous fresh bakes or treat yourself to an Espresso Martini, they have something on offer for everyone who wants to indulge. 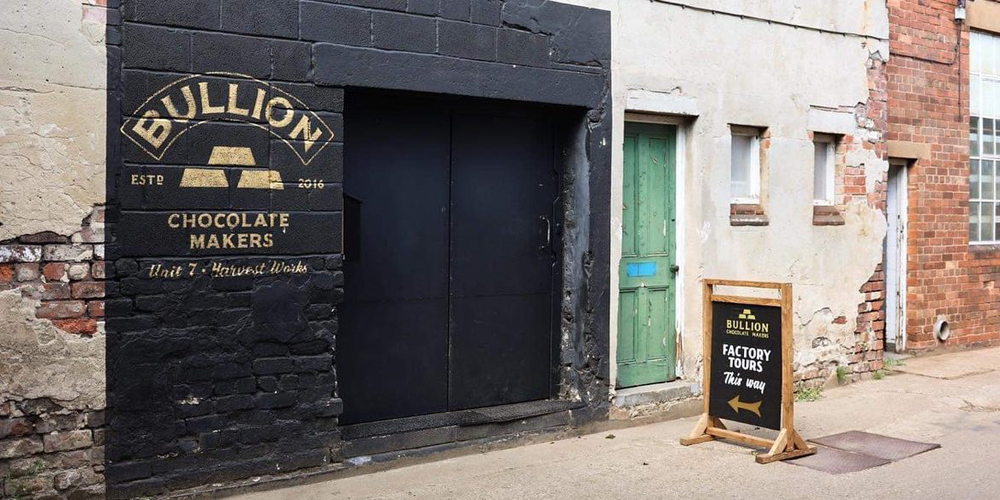