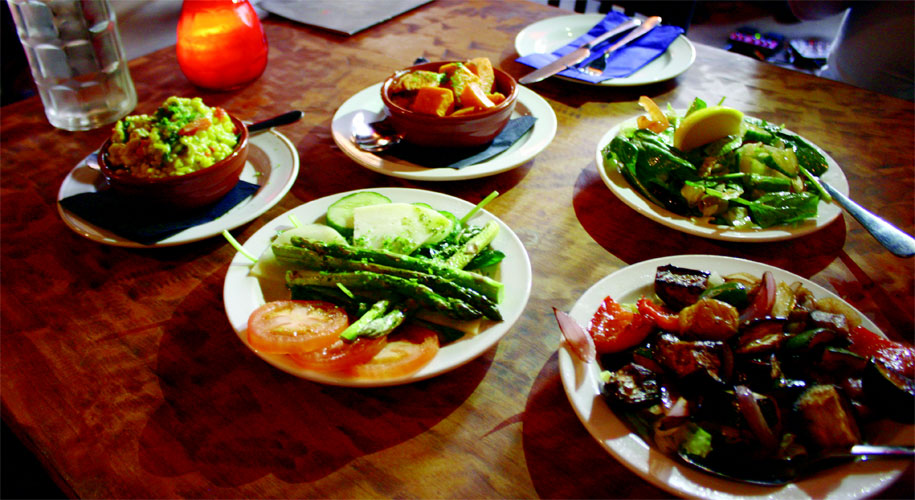 It's a South American party at Cubana

A tin mug adorned with pineapple, a sprig of mint and full of a blend of rums from around the world is presented before me on Cubana’s bar, and for my companion, a pint of Portugese Sagres, served in a frozen glass.

I’m grateful my cocktail choice was made for me, with more than 164 rums in Cubana’s new collection, choosing without the help of John Wickham, rum expert and proud designer of the latest menu, could have taken me all night.

Drinks in hand, we were seated just as the live music started, the classical guitar added to the incredibly authentic Cuban atmosphere in the restaurant.

As this was our first visit to Cubana, we were talked through the extensive range of hot and cold tapas and side dishes, a mouth-watering menu that we proceeded to mull over for a good 20 minutes, unable to choose just a few dishes each because they all sounded so delicious.

We eventually decided on four dishes each, which according to Cubana’s hunger guide is enough if you’re more than reasonably hungry but not quite famished.

Our table came alive with colour and fragrance when our dishes arrived, and once again we were faced with a choice, which dish were we going to tuck into first?

My companion went straight for the gambas pill pill (£5.75), the oven baked tiger prawns were incredible and set the bar high for the rest of the meal, which did not disappoint.

Stand out dishes were the risotto (£4.95) and the champiñones con queso de cabra (£5.85), which both featured goat’s cheese. The risotto was incredibly creamy and the cheese added a real depth of flavour, whilst the champiñones, a dish of mushrooms and spinach in a white wine sauce topped with goat’s cheese, was so delicious my companion considered ordering a second portion.

No dish at Cubana is overlooked when it comes to flavour, even a simple portion of patatas dulces y pimientos (£4.95), or sweet potato for those aren’t fluent in Spanish, was delicate and cooked to perfection.

With my painkiller finished, another beautiful cocktail was brought to the table, this time garnished with pretty little flowers. Once again I put my trust in the expert, requesting something fruity and refreshing, and within minutes an apricot mai tai appeared.

The cocktail was swiftly followed by dessert, a raspberry white chocolate brulee cheesecake and a tarte au citron, both priced at £4.50. In the spirit of tapas (and me being indecisive and wanting a taste of two puddings) we shared the desserts, which were simple but the perfect palate cleanser after such a flavoursome meal.

As we left, the downstairs of Cubana was hosting a swing dance night with couples hitting the dancefloor and enjoying the party atmosphere. There’s live music and dancing almost every night, so if it’s a party you want after your tapas, then Cubana is definitely the place to go.