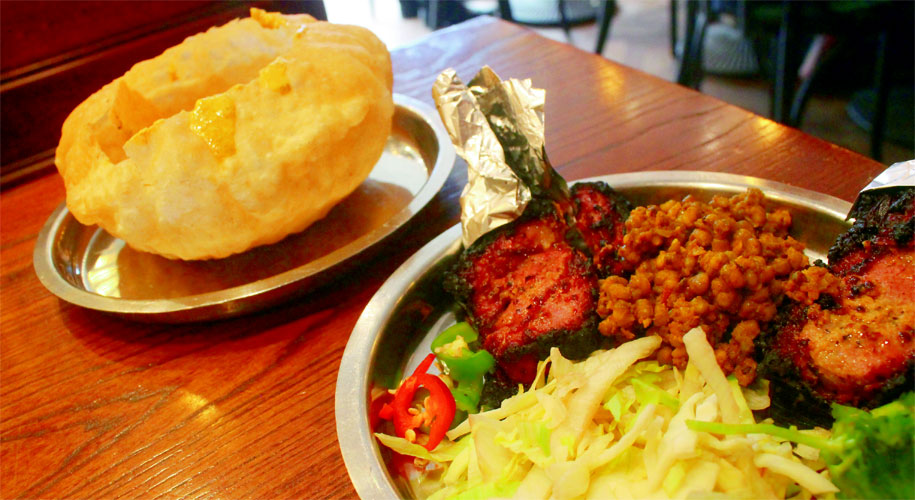 Richard Abbey enjoys 'curreh' with the full flavour of Sheffield

You have to take your hat off to Ecclesall Road’s Ashoka. When it comes to self-promotion, they’re some of the best around. Want a Reyt Good Curreh™? Thanks to their quirky, clever, and often funny, advertising campaigns, it’s the first place that springs to mind.

Having been open for just over 50 years – they’re proudly one of the city’s oldest curry houses – this is a restaurant that moves with the times and has made great strides under the ownership of Rahul Amin. Whether it’s in books, magazines or on social media, Ashoka embraces its Sheffieldness to the full – even trademarking the names of some of its dishes. But, above all, serve up some of the best Indian food in the city. There’s definitely substance behind all that style.

The interior is cosy and contemporary – think Rajasthani railway meets cool café – but doesn’t feel at all cramped. If we were expecting a quiet Monday night, we were quickly proved wrong as the restaurant was packed. It seems, even despite the heatwave, the good folk of Sheffield can’t get enough curreh™.

As we nibbled on some poppadoms, with glasses of Cobra (£6) and Abbeydale Heathen (£4.50) in hand, we took our cues from Rahul who recommended we try some smaller portions of a handful of dishes – who were we to argue? It was a great opportunity to try something different and sample dishes that perhaps we wouldn’t have normally chosen.

Rahul described the Wedding Day Chicken Curry™ (£12.50) as the ‘staff curry’; it’s what they tend to eat at the end of a shift and you can see why. Cooked on the bone, the chicken was deliciously tender, coated in a flavoursome, moreish sauce mopped up with chunks of garlic naan bread (£3). Delicious.

Elsewhere, a lamb Karamelised Kashmiri™ (£12.50) had a jammy fruitiness that contrasted well to the spice kick from a classic chicken Kalcutta Karai™ (£11.50), whilst ginger brinjal (£10) – baby vine aubergines with fresh ginger – had real depth and garlic palak (£4.50) – fresh spinach leaves with chunky garlic – added further texture and flavour. The best thing, for me, was that you could taste the difference between all of them. The subtleness of the use of different spices was superb.

Service throughout the evening was excellent and little things like the expanding hot towels and complimentary Parle-G biscuits all added to the relaxed, enjoyable, and ultimately tasty, experience.