Back To
Cafés and diners 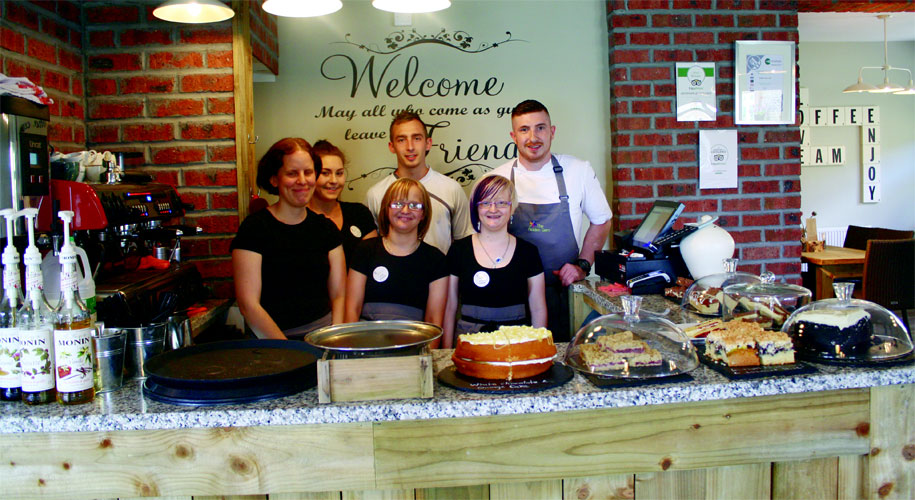 Tucked away in the shadow of Ringinglow Road, The Hidden Gem Café is secret by name and by nature, as except for a discreet sign enshrouded at the side of the main road, there’s no indication of the cafés existence. In fact, if it wasn’t for our sat-nav and collective knowledge of Sheffield’s suburban backstreets we’d have struggled to find it.

Although the name suggests a more exotic location than nestled at the end of a residential cul-de-sac, The Hidden Gem Café offers a welcomed retreat set back from the hustle and bustle of the city. Outside the café comprises a quiet courtyard entrance with views of climbing roses, grass lawns and flowered arches, and inside it is a fine example of a venue that started as a charitable enterprise and is now much more.

It may be hidden but the secret is obvious out. The café was fairly bustling when we arrived, but before ordering our food we spent some time chatting with the volunteer waitresses from Work Ltd - a local charity that provides an encouraging environment for people with learning disabilities to develop life skills - and even managed to sneak

in a five minute catch-up with head chef Scott Philliskirk.

Scott, 24, was formerly the sous chef at the Cross Scythes in Totley, and he told us that  running The Hidden Gem Café was a perfect step up towards his goal of opening his own establishment.

“But don’t worry, I don’t plan on moving on just yet,” he assured us as we studied his new overhauled brunch menu.

The café continued to fill as we took our seats, and ordered a double-shot mocha (£2.50) and pot of pomegranate white tea (£2) while we pondered the food menu.

After much deliberation, I settled on the tomato and egg bake (£5.95) – a delightfully light combination of baked egg, caramelised onion and asparagus, sautéed in garlic and rosemary - and my partner ordered The Hidden Gem Full English (£7.50), which he’d been eyeing up since we walked through the door.

Though I didn’t get to experience much for myself, aside from a succulent slice of black pudding, the speed at which it disappeared left me confident that it was thoroughly relished - or maybe it was the fact that he could not stop raving about it afterwards.

As a community café, you might imagine a venue stuffed with leaflets, bunting and donation boxes, but the most common denominator at The Hidden Gem Café is the hearty food and good old-fashioned charm, that makes volunteers and visitors feel equally at home.

Now in its 21st year and having recently undergone a major refurbishment, which saw the café close its doors for three months, The Hidden Gem is attracting more people than ever before, and is certainly worth setting your sat-nav for.