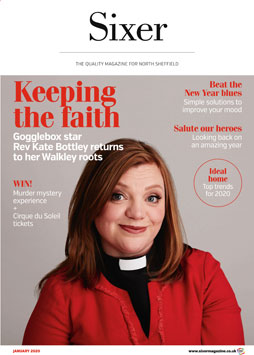 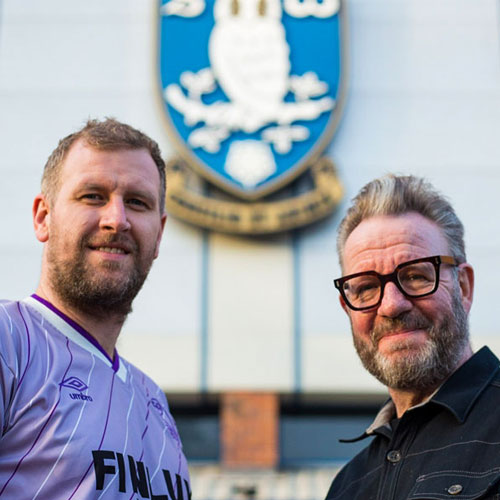 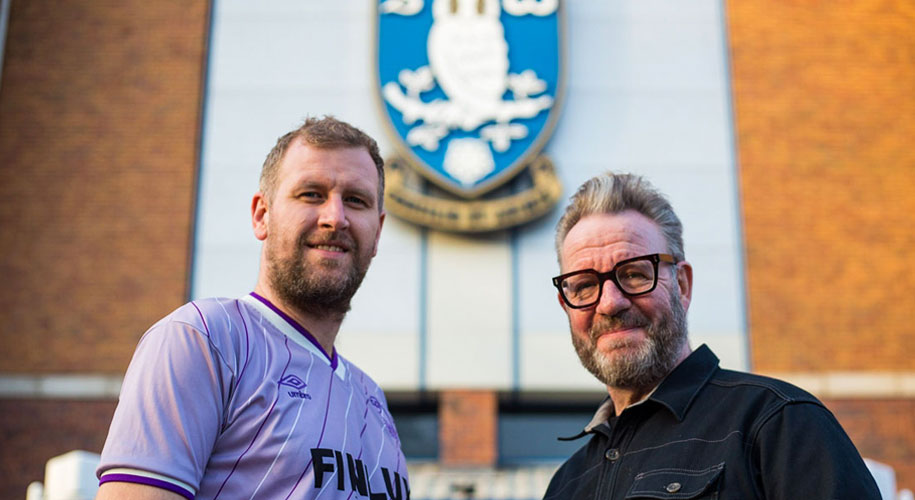 Artist Pete McKee and Arctic Monkeys cover star Chris McClure tell us all about their new podcast, The Owl Sanctuary

Sheffield is famously the ‘City of Sanctuary’, but in the Sheffield S6 postcard of the city it's more of a sanctuary for owls, such is the volume of Sheffield Wednesday fans living in the vicinity of Hillsborough stadium.

And it’s there, on the bridge outside the South Stand, in the shadow of the giant SWFC emblem, where we meet much-loved Sheffield artist and ukulele enthusiast Pete Mckee, and one-time Arctic Monkey cover-star and brother to the Reverend (of Reverend and the Makers) Chris McClure.

We’re meeting the two well-known Sheffield faces, and more importantly MASSIVE Wednesday fans, to discuss the pair’s new podcast The Owl Sanctuary, which we’re told by Pete is a ‘celebration of what it is to be a Wednesdayite.’ 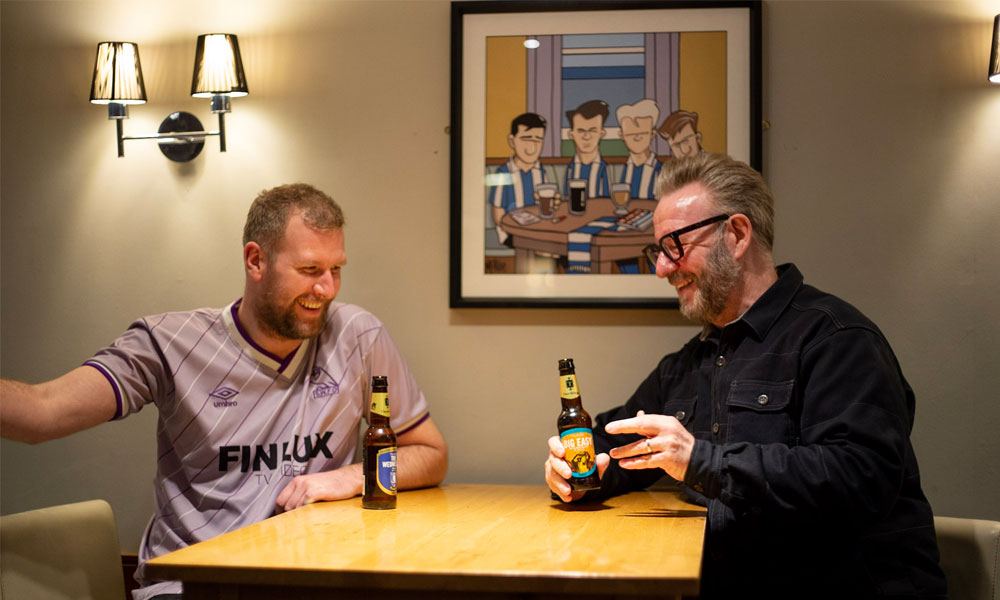 Along with a production team including Pete’s son Charlie McKee, Mark Herbert and Niall from Warp Films, Chris’s brother Jon and Ed Cousens from Reverend and the Makers, and James O’Hara (The Rocking Group), they have so far released five episodes, in which they have managed to speak to some all-time Wednesday legends, who talk candidly about their time at the club.

The podcast launched in December with a Chris Waddle two-parter, followed by two episodes with John Sheridan and most recently, an episode with another former 90s Wednesday player and local lad, Ritchie Humphreys. 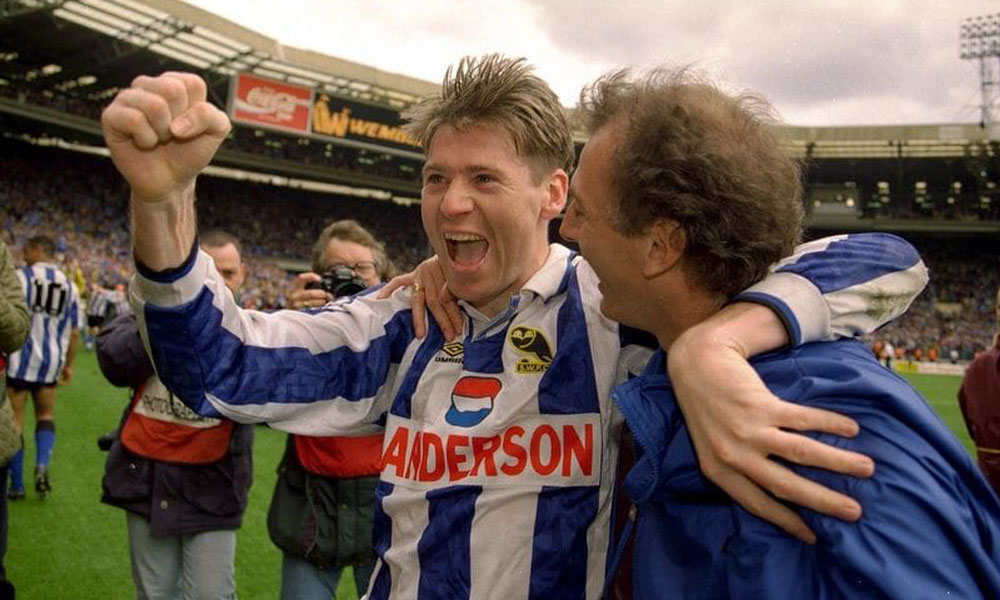 Chris said: “Essentially, it’s a load of guys meeting their heroes. Our John has delivered some good guests and they’re going to continue. In that way, it’s a bit of a selfish thing because we get to sit and have a beer with Chris Waddle and John Sheridan.

“Once Waddle’s done it, then Sheridan trusts you. We’re not out to snake anyone, we’re not trying to get dirt up on anyone, they can talk about whatever they want, we’re not going to screw someone over. It’s not about that. It’s stuff that we’re massively interested in.”

At the time Chris was formulating plans for a podcast, the club was in free-fall. A transfer embargo was hanging over it, Dutch manager Jos Luhukay appeared totally out of his depth and had lost the dressing room, so Chris just wanted to try and redress the balance by putting something positive out there, to get away from all the doom and gloom. 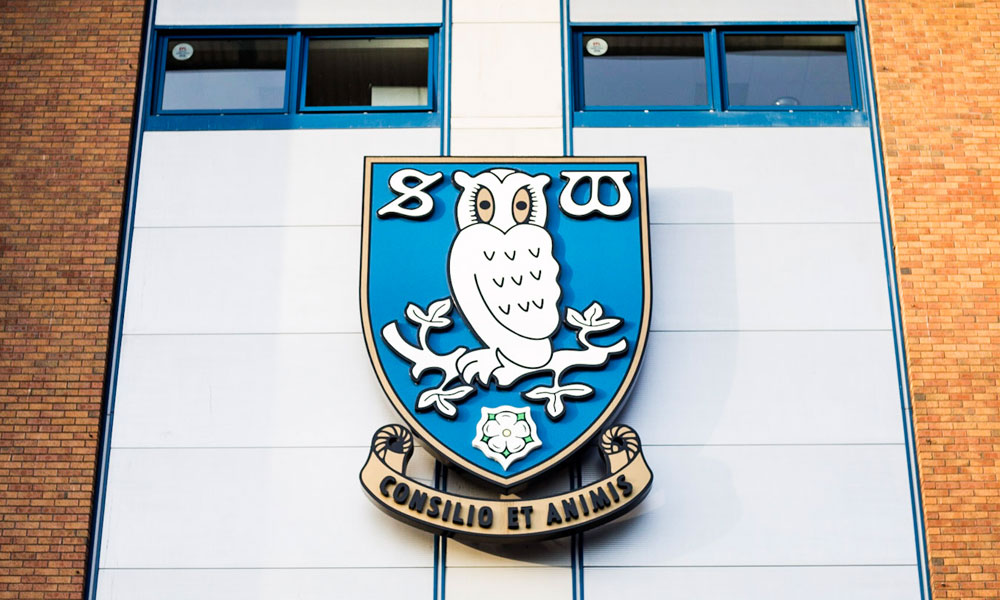 He said: “I’d become a bit disillusioned and it’d been getting a bit frantic at Wednesday. The fan bickering and in house fighting got me thinking about what it’d be like following a football club pre- social media. I was trying to picture what it would be like if you followed a club in 70s and 80s, and 60s maybe, when it was purely about working, celebrating and talking about the match, going to the match on a Saturday and picking up the local rag.

“But now, every aspect of the club and every minute detail is dissected online, which can be quite harrowing really. It’s hard work, I think. So rather than getting into bickering, because I’m not really bothered who does what at a club, I just want them to win and I enjoy going to the pub with my mates and talking about the club and how great it is, my idea was that a podcast would be a good platform for that.”

“It was just about doing something positive really and Pete was big on getting the positive aspect of it, because who are we to be slagging off the inner-mechanism of how a club works?” 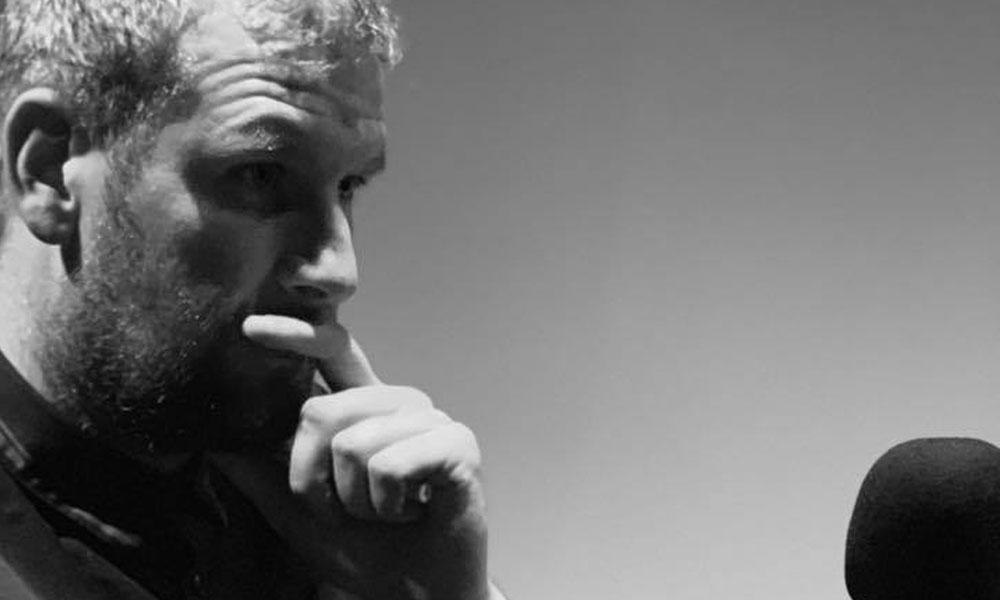 Chris with his edgy podcast face on!

“The idea would be for someone to tune in and just feel good about following Wednesday. Like wearing a shirt on holiday, it gives you a bit of a march on. We’ve created a space where we can get away from the day-to-day and talk about our hobby.”

Chris freely admits that left to his own devices he would ‘make it amateur hour’ so he enlisted the help of his mates and kindred spirits like Pete, who were equally frustrated with the toxic atmosphere around Wednesday’s social media.

Pete said: “Social media just opens it up to keyboard warriors and complaining. What we wanted to do was just put a big slice of positivity on stuff. Rather than having a podcast that basically repeated what people were talking about on social media, we’ll just celebrate what it is to be a Wedneasday-ite. 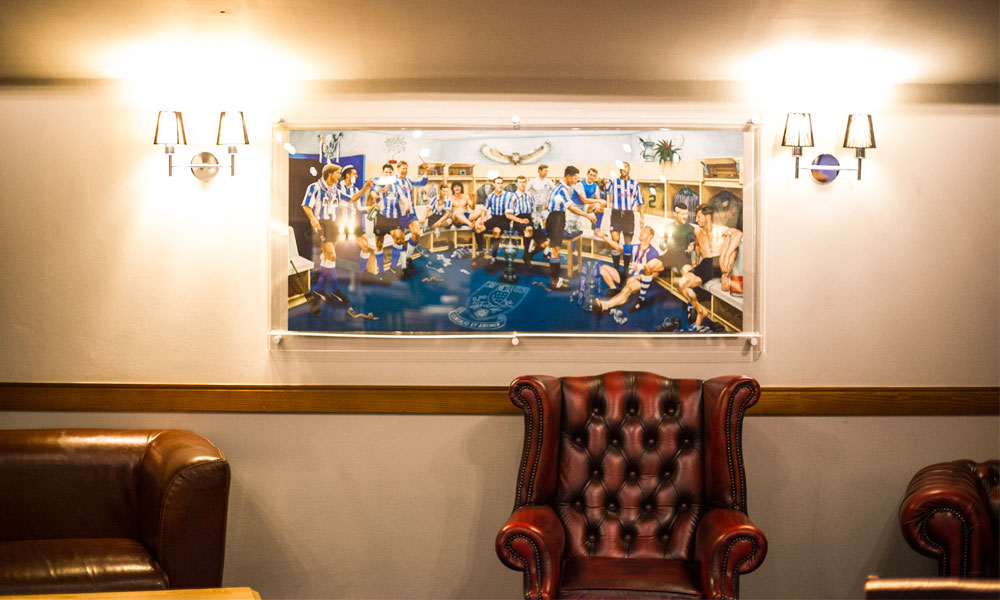 “It’s a bit of antidote, because when we first set it up we were down the pan as a club, and right up until the first episode we released Wednesday were seven points from relegation. Then, funnily enough, as we released the podcast things started changing, didn’t they?

“So maybe we’re responsible. That and where I sit in the ground, that’s part of why we’re doing better, and what breakfast I’ve had, they all play their part! I’m waiting for a letter from Bruce to say, you know, ‘thanks Pete. Thanks for having that breakfast last week when we won.’

Aside from being responsible for Wednesday’s upturn in form under Steve Bruce, the podcast has also received an ‘amazing’ response and following its short run, and their favourite guest so far is still to come. 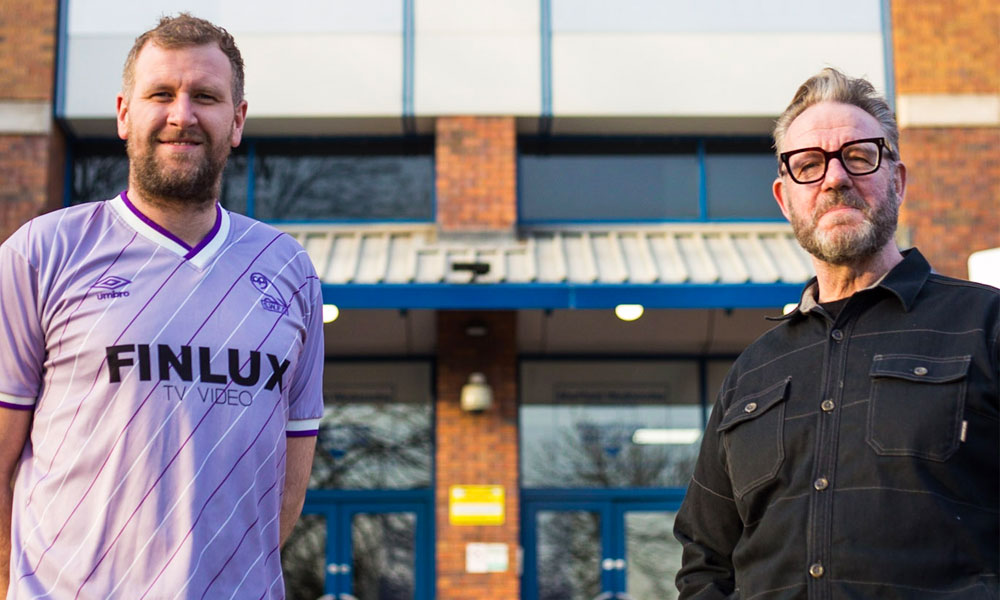 “I don’t know about you Chris, but I think having Carlton Palmer for two hours just unloading on us, was the best so far!” says Pete.

“Palmer is a man who speaks straight from the heart”, says Chris: “so what you you’re getting in the Palmer episode is no holds barred. It’s like you were there with him. Plus, he’s had eight pints of Guinness by then, which always helps!”

Pete of course, as a non-drinker, doesn’t partake in the Guinness, but it sounds like he could do with a bit of Dutch courage before going into the interviews. He said: “For me, I’m star struck with them all. I’m finding it very hard to relax around them and just be my normal self, I’m just in awe of them all.

“It’s because it’s something I can’t relate to, If I see a musician or a fellow artist, I’ve got a relation to them and I can understand their thought process. But I can’t kick a ball to save my life, well I think I can, but I can’t, I’m s**t! So they’re like magicians, and I can’t relate to them on any level.

“I suppose for us, footballers still have that superstar thing about them,” says Chris: “Mark Herbert (Warp) told me a great story. He went to Cannes film festival and he was on this boat, and James Gandolfini were on it from Sopranos. He said he were cool, he had a chat with him, no problem.

So he flew back home, got back to Sheffield and went to Domino’s pizza on Woodseats, and Carlton Palmer was in the queue. Well, Mark’s absolutely lost his s**t, totally went to pieces. His wife nearly had to drag him out!” 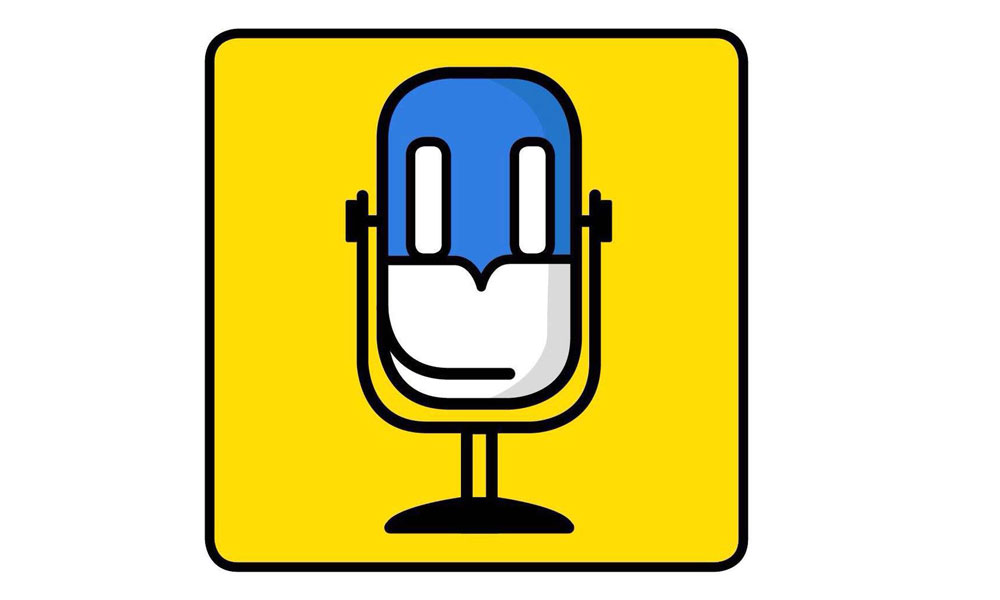 Thankfully, no one has fainted in the presence of a 90s footballer yet, and the five episodes are well worth a listen for any Wednesday-ite, but what do Chris and Pete think it actually is to be a Wednesday-ite?

“For me, I understand if you’re not in to football you’d totally think it’s an idiot’s game.” Says Chris: “and there is a moronic side to it. But it makes me think about growing up and my mum and dad. My nan tells this story about dancing with 1935 FA Cup winners under City Hall, and I still see some people from when I was a kid purely because we follow the same football club.

“So for me, it runs a lot deeper than just shouting profanities on a Saturday afternoon. It’s all that family history, that brings my obsession out.”

Pete continues: “As humans, we’ve got this inert desire to be part of something, so football is one of those things. I’ve got a love for Sheffield, a passion for the city, so I’m really proud to sing Sheffield’s praises when I’m anywhere else. 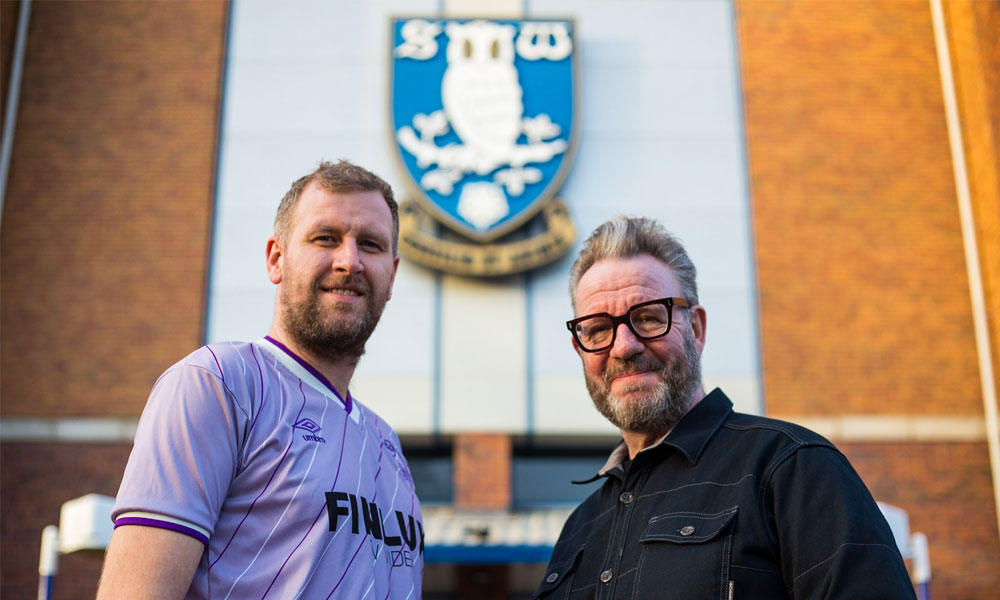 “As Chris says, it’s part of your childhood. You fall in love with the club and you’ll do owt for them. We’re an easy sell aren’t we, they’ve got you from birth.”

“We will eventually” says Pete: “Brucey’ll do it. Stay positive!”