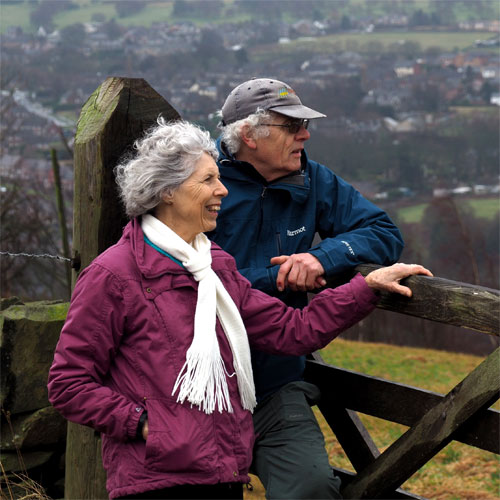 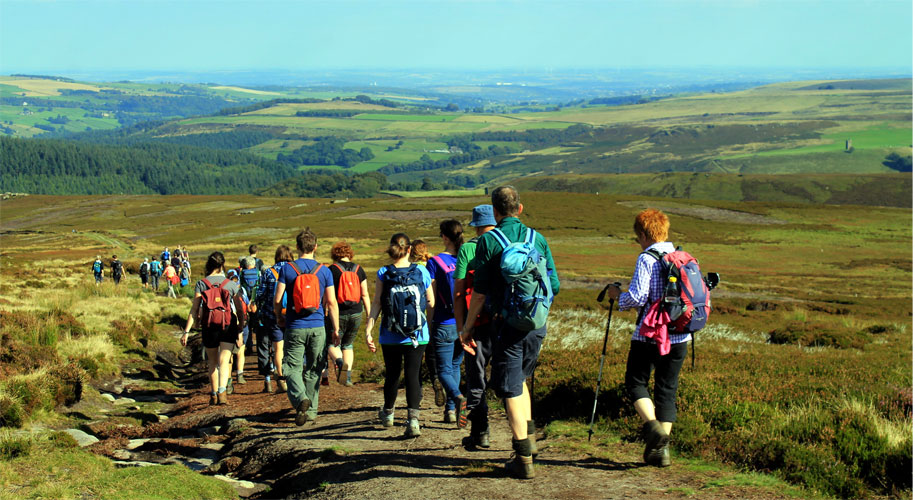 Walkers in the countryside around Stocksbridge. Pictures David Pickersgill

Stocksbridge  is a hotspot for walkers - so say the local ‘Walkers are Welcome’ group. But now Stocksbridge is taking another step towards walking fame as finalist in the national Britain’s Best Walking Neighbourhood Award organised by The Ramblers charity.

“We’re the only place in Yorkshire to make the final shortlist, so we hope the whole of Yorkshire is going to vote for us,” said Chris Prescott from Stocksbridge Walkers are Welcome. Chris, who’s lived in the area for over 40 years, has worked with local walkers to establish Stocksbridge as a shining example of an official ‘Walkers are Welcome’ town, part of a national network ‘to encourage towns and villages to be welcoming to walkers.’

He’s even been invited by the Japanese Footpaths Association on a tour later this year to talk about making walkers just as welcome in the islands of the South Pacific. “We’ve got lovely countryside around Stocksbridge, and very strong industrial heritage all accessible on foot through a great series of footpaths,” said Gill Wolff from Stocksbridge Walkers are Welcome.

“You can access the Transpennine Trail, Langsett, or the Peak District, and there’s plenty of choice to use footpaths just to get around the town.”

The ‘Best Walking Neighbourhood’ initiative is about town walking as much as countryside rambling, and Gill pointed out that a huge network of Stocksbridge paths makes it easy to get around, often quicker than by car - despite the steep hillsides.

Local businesses like Fox Valley are fully behind the Best Walking Neighbourhood initiative, not least because walkers, runners, cyclists (and other outdoor citizens) bring plenty of trade to a town that wants to make the most of the Peak District boundary a few hundred yards away. And new trails are going in too, including the latest stretch of the Little Don Link track to be laid this year between the Fox Valley development and Deepcar. (The cycle track and footpath will eventually stretch from beyond Langsett reservoir all the way to Hillsborough).

“We’re getting more and more walkers coming in, or setting off from here,” said Kirsty Gibson of the Coffee Apple Cafe. “Winning this award will be fabulous for Stocksbridge.”  Chris Prescott admitted Stocksbridge used to be seen as dark and grimy former industrial town, but now new people are moving in and visiting, attracted by the town’s gritty countryside, host to both the Tour de France and Tour of Yorkshire in recent years.

“There are still preconceptions to overcome, but they are changing. We’re very much part of the local Outdoor City initiative,” Chris said. “Stocksbridge used to be seen as a place to avoid, now we’re saying it’s a place people want to come to visit.”

Voting for Stocksbridge is open now until 14th March at:  www.ramblers.org.uk/vote