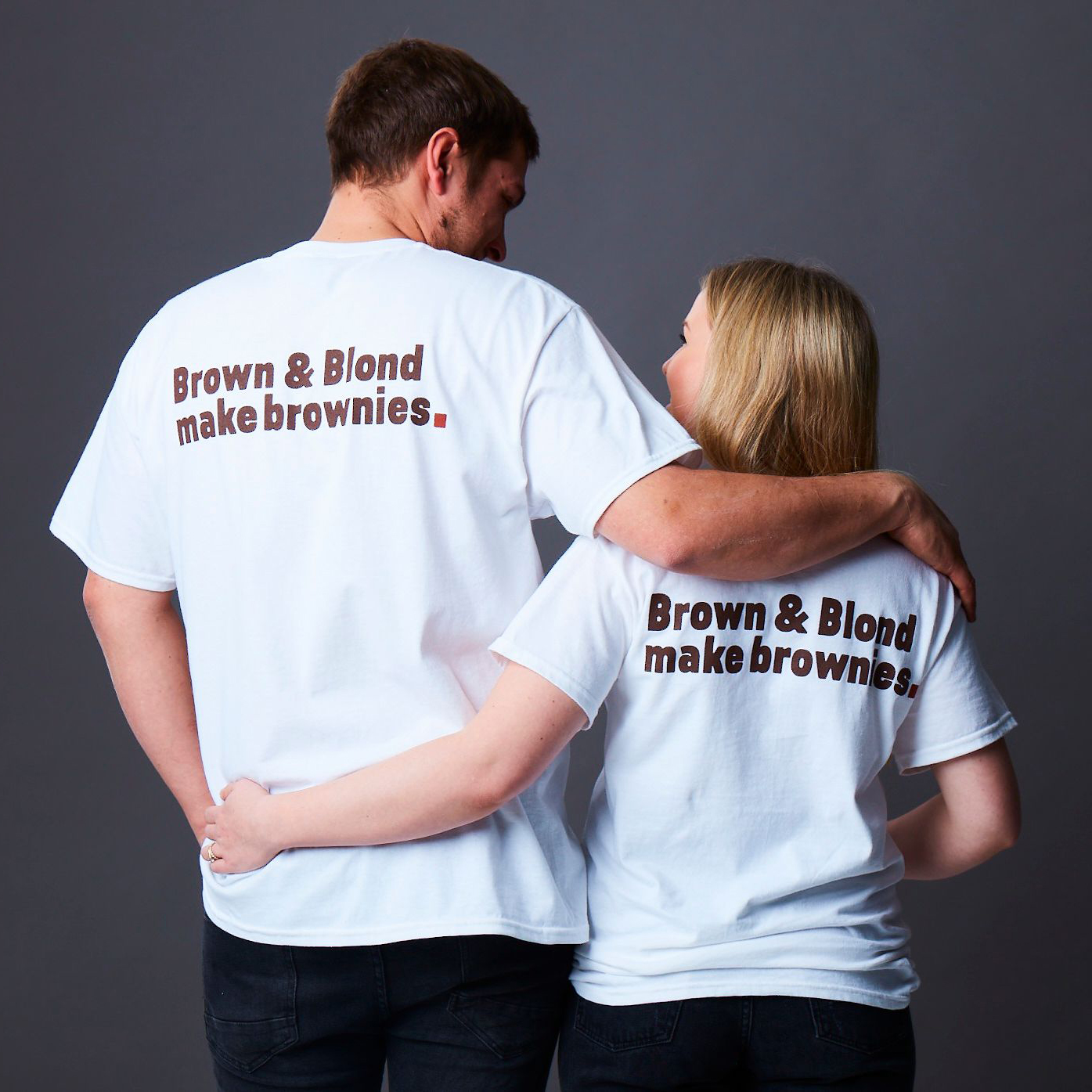 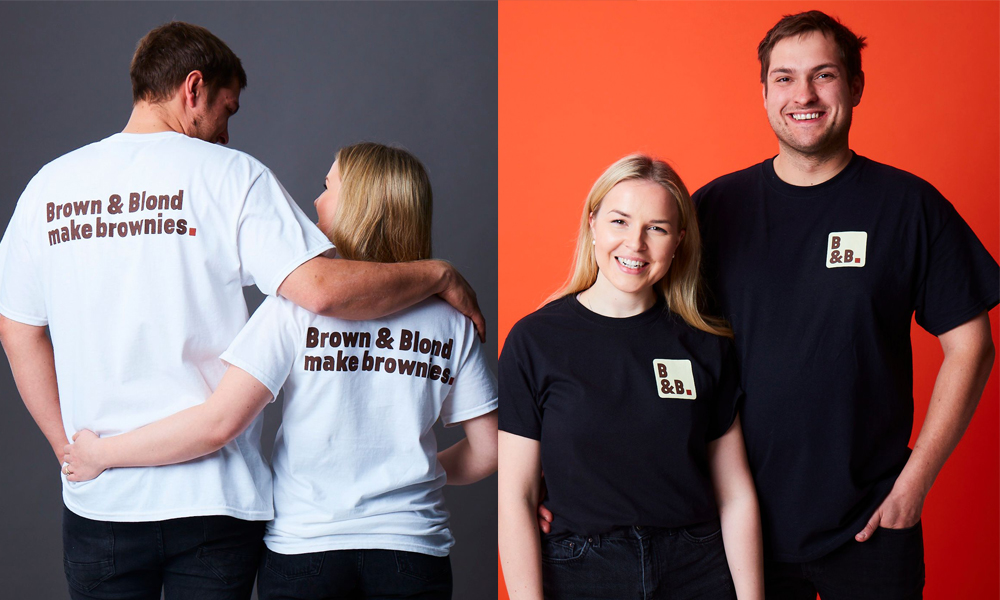 IMAGE: Lucy and George from Brown and Blond

George and Lucy Welton, the team behind Yorkshire’s brownie business Brown & Blond, celebrated eleven years of baking widely-lauded brownies in June, with a philanthropic promise to support Leeds-based community cause Angels of Freedom.

After not being able to celebrate their decade in business during the pandemic, they celebrated their 11th birthday instead. They have marked this milestone through a commitment by donating 15% of all online retail sales through June to Angels of Freedom and they have raised £2308.20 doing so.

Angels of Freedom is a community-based initiative organised by volunteers bringing a caring LGBT+ scene to Leeds. Supported by Leeds City Council, British Transport Police and West Yorkshire Police, Angels of Freedom’s aim is to provide visible LGBT+ support in the Freedom Quarter of Leeds every Friday evening.

"Brown & Blond have shown how to support the LGBT+ community in the right way over Pride Month, using their platform to profile our group and raise awareness of our activities, whilst also raising an incredible amount of money to support us throughout the coming year.

With the amount raised throughout the month we're already planning on delivering an additional Mental Health First Aid course later in the year, so we'll have twice as many LGBT+ community group representatives qualified to provide support to those in mental health crisis compared to our original plan.

We're also relaunching our monthly LGBT+ coffee & cake cafe in September, providing a much needed LGBT+ affirmative accessible family friendly social space away from the bar scene, and this money will cover all our costs for this. Leeds Pride 2021 would usually be held on 1 August, however the main street event has already been cancelled for the year. The LGBT+ bars are already planning a big weekend of activities, so we've taken up the challenge of organising our Leeds Pride village fete again this year in the grounds of Mill Hill Chapel providing a celebratory space for everyone - the money we're receiving from Brown & Blond will really elevate the fun activities we're able to undertake on the day. Details of the village fete can be found on our social media accounts and website.”

George Welton, Brown & Blond co-owner: “We’re so pleased to have raised a grand total of £2,308.20 for the Angels of Freedom. We sold nearly 1000 boxes this month which is amazing’;.

This money is integral in running more courses to get volunteers trained in mental health first aid and suicide prevention within the Leeds community. Rob and the Angels of Freedom team do a phenomenal amount of work within the LGBTQ+ community and we’re so happy to have partnered with them and learnt more about what they do in the process. We can’t wait to continue working with them in the future and help their mission in helping Leeds grow into an even more compassionate and caring city.

We’ve been moved by the support from our customers and the community and the social media drive we have had from the cast of RuPaul’s Drag Race UK, Drag S.O.S., LGBTQ+ advocates, gay rights activists, queer influencers and talent within the LGBTQ+ community has really helped drive this campaign forward and spread the message of mental health awareness within Leeds.” 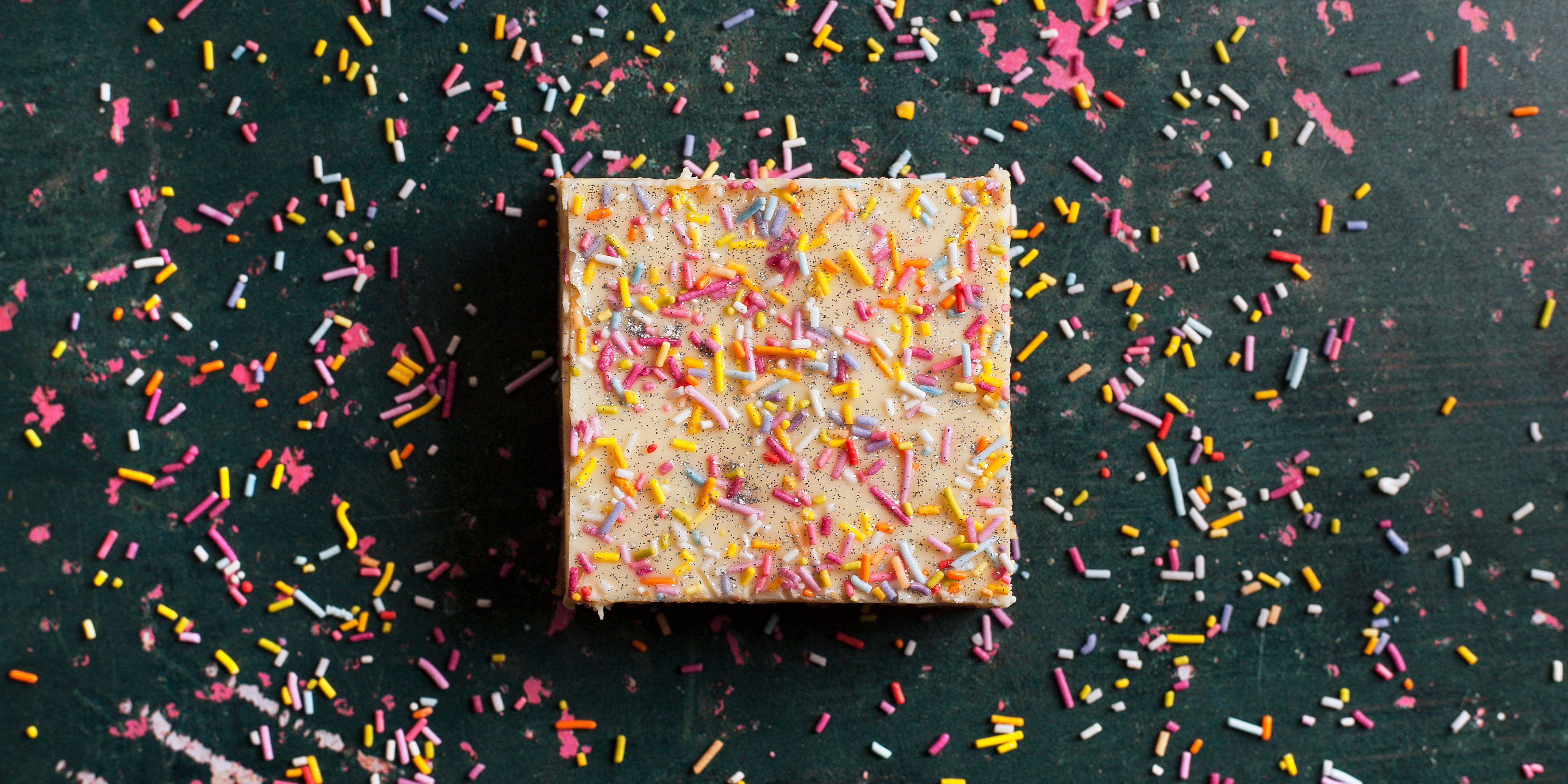 IMAGE: The new Pride special on sale throughout June