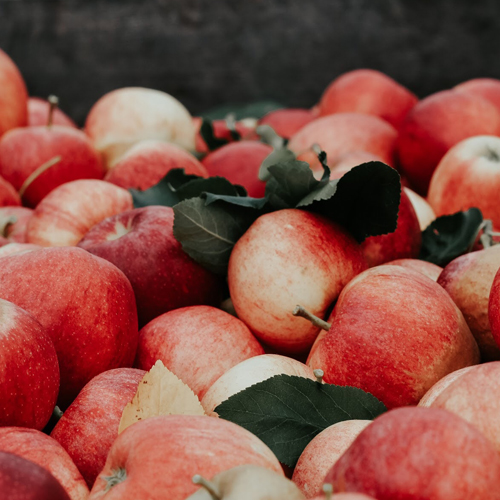 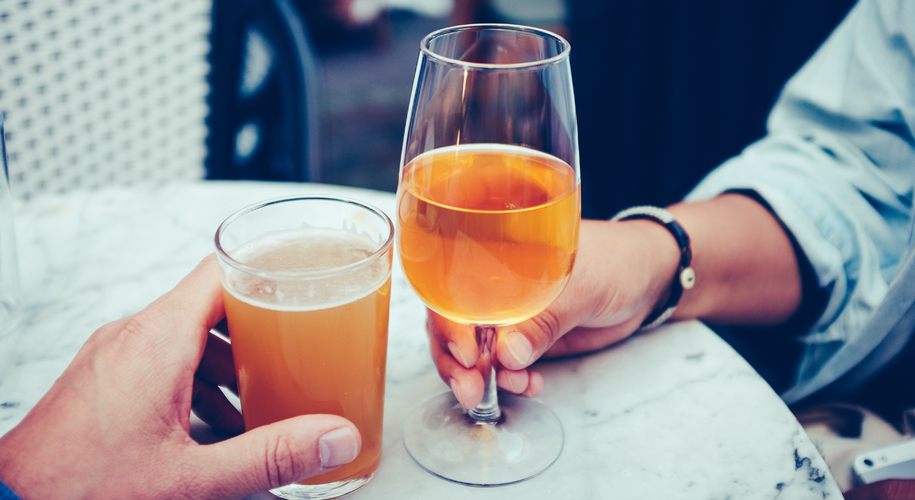 Why cider is the perfect pint

In recent years, there’s been something of a real ale and gin revival, but another classic drink that often gets overlooked is cider.

Perhaps we simply take it for granted that it will be on tap at every bar we stumble into, but with UK supermarkets such as Tesco increasing their selection of ciders by 60 percent since 2001 to keep up with demand, we are certainly a nation with a huge thirst for the stuff.

Nowadays, it’s common to see every fruit flavour of cider under the sun (quite literally) poured over ice to create the perfect summer pint. So let’s raise a glass as we celebrate the past, the present, and the glorious future of this unsung beverage. 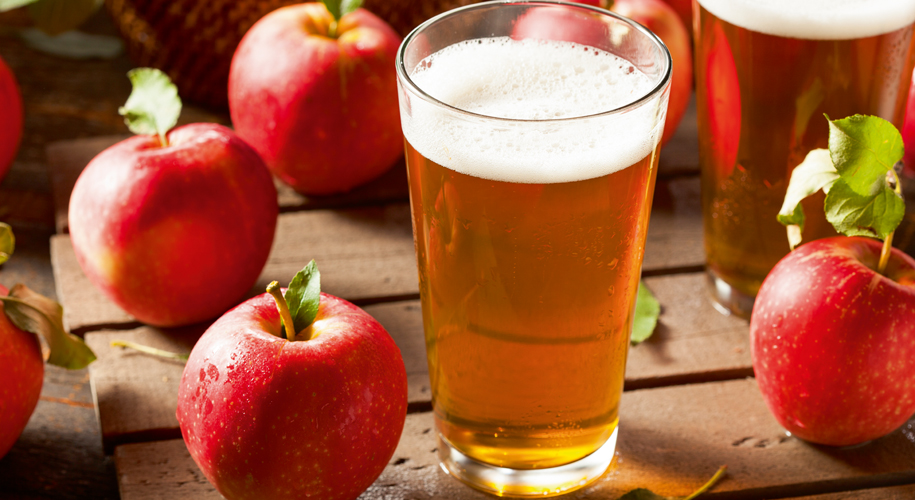 In The Drunken Botanist (Algonquin Books, 2013), which explores the botanical history of some of the world’s greatest spirits, Amy Stewart sites the Greeks and the Romans as the first people to master the art of cider making.

“When Romans invaded England around 55 BC, they found that cider was already being enjoyed by the locals there,” says Amy. “By that time, apple trees had long ago migrated from forests around Kazakhstan and were well established across Europe and Asia.

“It was in southern England, France, and Spain that the technique of fermenting - and later distilling - the fruit was perfected. Evidence of this ancient art can be found in the European countryside today, where large circular apple grinding stones used to crush the fruit are still half buried in the fields.”

She goes on to explain that there was often a “mishmash of novel and never-before-seen apples” in these orchards, which the farmers considered not sweet enough to eat.

Even drinking the juice of apples was thought to be too sour for palates at that time. An archaeological dig in Gloucester in 2002 suggests that crab apples were once commonly pressed into an alcohol sweetened with honey.

With the invasion of 1066, the natural sugar in Norman apples displaced the need for a sweetening agent and so began the love affair between the English and their apples and cider. Increased planting of apple trees began as soon as William of Normandy introduced his feudal system and has continued until now, nearly a thousand years on.

The only way to reproduce a popular variety of apple was to graft it onto the rootstock of another tree, a technique that had been used on and off since 50 BC. Apple farmers started making clones of these varieties, and the popular ones eventually acquired names.

“In the late 1500s, there were at least 65 named apples in Normandy,” confirms Amy. “For centuries, many of the best apples for cider-making have come from this region, all chosen for their productivity as well as their balance of acidity, tannin, aromatics, and sweetness.” 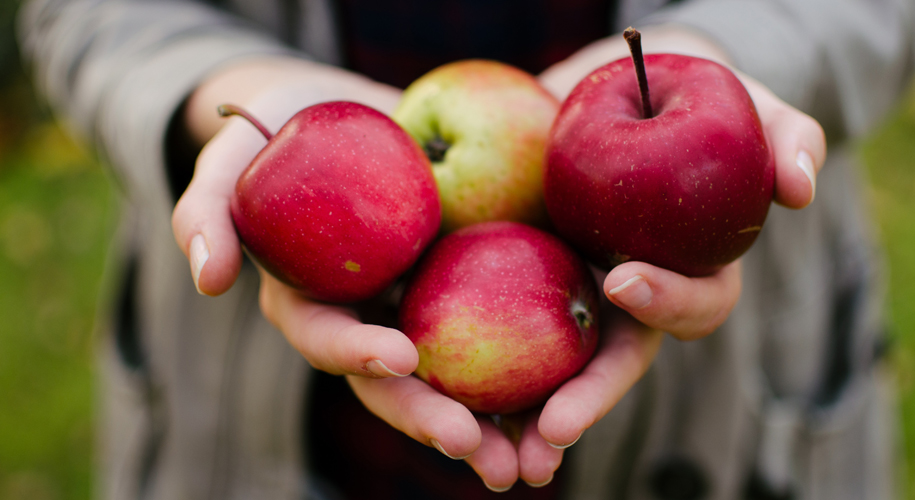 Recent years have seen a significant increase in cider sales in the UK. Today, the UK drinks the most cider in the world and is the major producer of cider in the EU.

The beverage has enjoyed a renaissance in the 21st century with a greater diversity of producers, brands and consumers than ever before.

The National Association of Cider Makers (NACM) estimates a minimum of 480 active cider makers in the UK. As of 2008, UK cider production comprises 61.9 percent of cider produced in the EU.

UK cider is mostly associated with the West Country, the West Midlands, and portions of the Home Counties and East Anglia, more specifically places like Herefordshire, Worcestershire, Kent, Suffolk, Norfolk and more recently Buckinghamshire and Cheshire; outside England it is also produced in Wales and Northern Ireland.

Whereas traditional West Country apple cider is still and darker in colour, some cider makers today bottle their product and add another round of sugar and yeast, allowing the carbon dioxide to build up inside the bottle and create Champagne-like bubbles.

Cider is commonly available in sweet, medium and dry varieties, and range from the cheaper white variety that tend to come in two-litre bottles at your local off-license, to the mixed fruit variety presented in classier tall glass bottles served over ice in bars and pubs all over the country.

From strawberry and lime, to exotic flavours such as kiwi, passionfruit and more, there’s now a flavour, variety and brand sure to suit all kinds of cider drinkers. 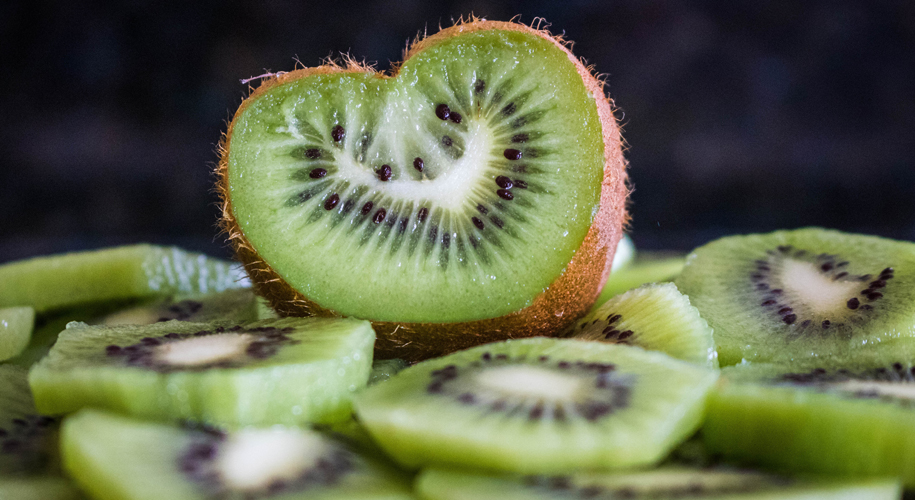 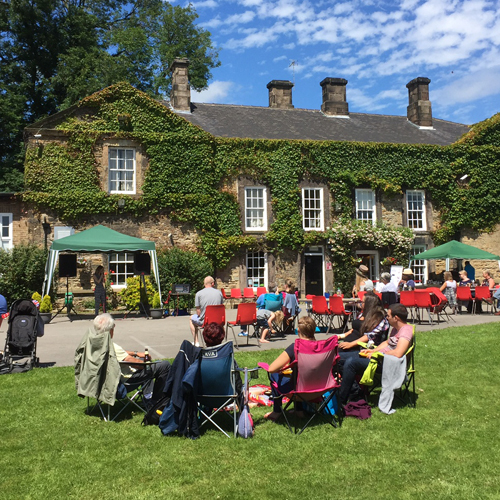 A week in the life of Tim Schafer 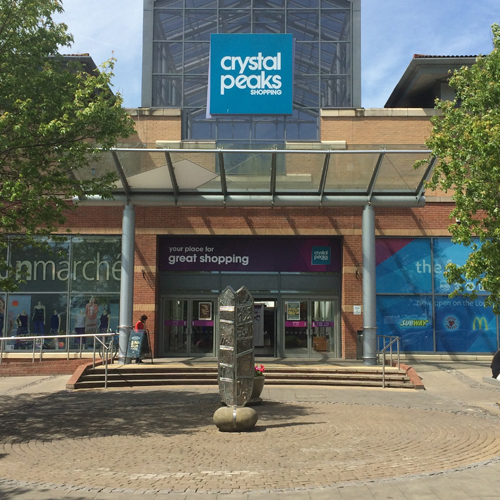 Eddie the Eagle flies back for Crystal Peaks 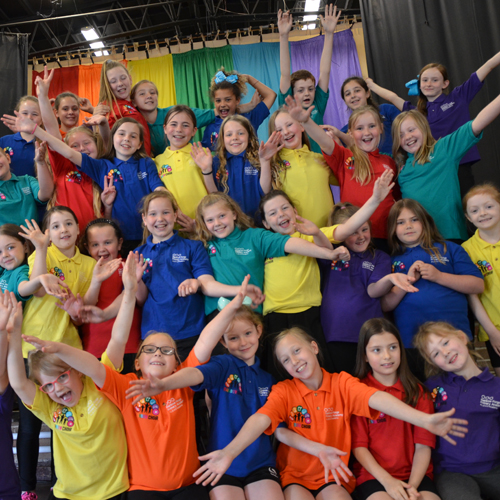