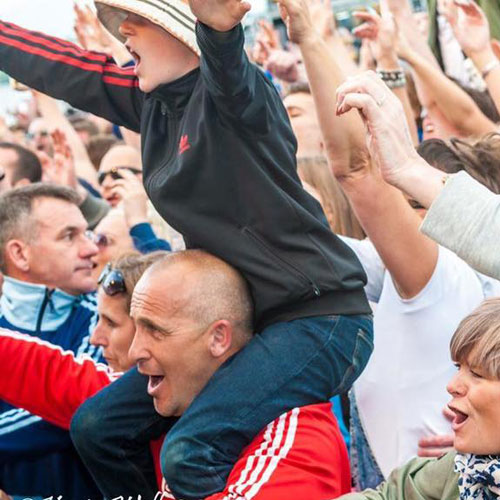 From The Jam has been announced for 2017’s Mosborough Music Festival, which will take place on 2 – 3 June at Don Valley Bowl.

The band, which will bring classic tracks from The Jam, will join Sheffield favourites Milburn and Reverend and the Makers on the bill.

More announcements are due over the next few weeks, we cannot give too much away but there may be some Liverpudlian brit-poppers in the Steel City that first weekend of June.

It is the first year that Mosborough Music Festival has been held at Don Valley Bowl, increasing the capacity of the festival to 5,000 music fans. After a run of sell-out events, and the festival’s former site being developed into housing, festival organisers decided to make the move to Sheffield.

Steve Cowen, festival organiser, said: “We’ve been at the Mosborough site for five years, I’m sad to go because I’m a local lad, but it’s come at the right time, there’s much more scope for growth.”

“It’s the best value for money festival in the land,” said Steve. “We’ve got 24 bands, which works out at about 60p a band.”

Now in its sixth year, Mosborough Music Festival started life as a charity fundraiser at Mosborough Miners’ Club to raise money for the children of Mark ‘Ched’ Thorley, a much-loved player at Mosborough FC and a talented musician who died suddenly in 2010.

The following year more than 1,300 people attended the first official Mosborough Music Festival, which was headlined by The Beautiful South. Since then, the festival has raised thousands of pounds for local charities.

More line-up announcements to come, keep an eye out for updates!