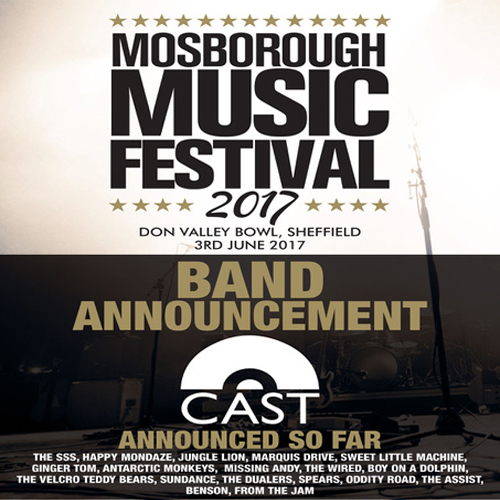 Mosborough Music Fest are celebrating the move to their new venue in style this year, having landed Britpop legends Cast.

Joining The SSS, The Velcro Teddy Bears and Happy Mondaze at Don Valley Bowl on 2 and 3 June, the Liverpudlians, once described by Noel Gallagher as a biblical experience, will be making an appearance as the festival continues to grow in stature.

Speaking of the change in the venue, organiser Steve Cowen said: “We’ve been at the Mosborough site for five years, I’m sad to go because I’m a local lad, but it’s come at the right time, there’s much more scope for growth.”

Head to www.mosboroughmusicfestival.co.uk for ticket details for an unmissable weekend of music.