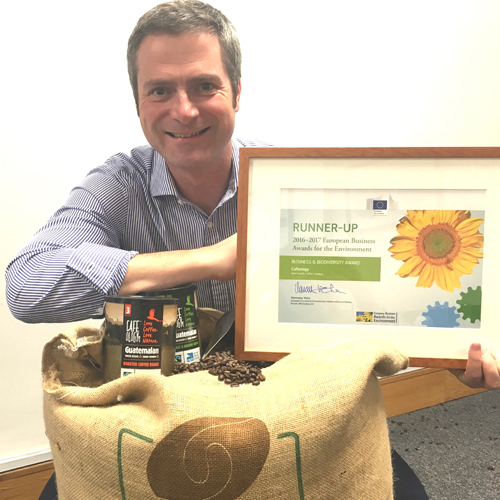 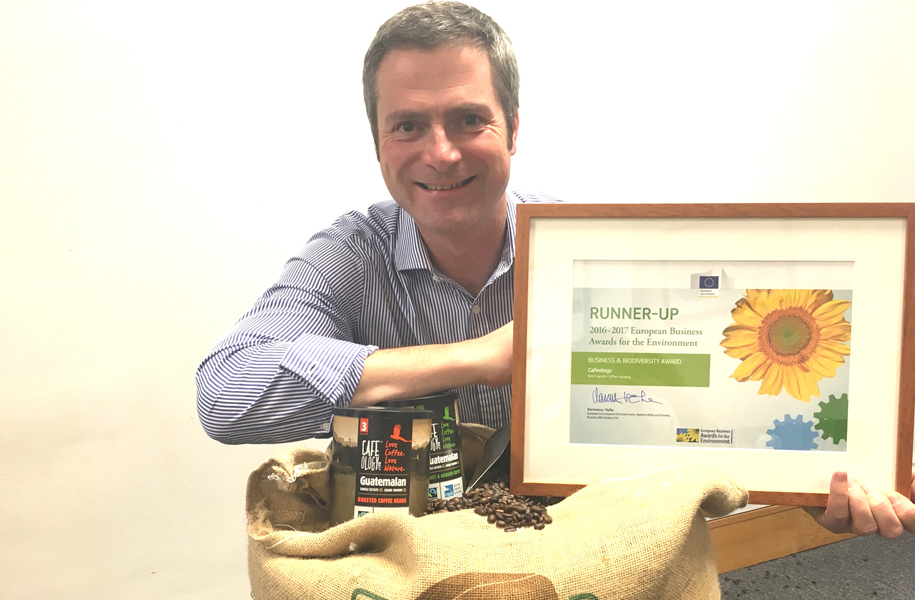 The ethical beverages company was named runner up in the Business & Diversity category at the European Business Awards for the Environment, which is given to a product or service that ‘makes a significant contribution to halting biodiversity loss and supporting natural ecosystems’. Cafeology was the only representative from the UK in this category.

Cafeology is the first UK company to supply a bird friendly coffee endorsed by the RSPB.  The beans are grown by coffee cooperative Asociación Civil Guaya'b, close to Guatemala’s border with Mexico, under a high altitude canopy of diverse trees. This produces a habitat for birds and protection of the rainforest as well as a denser bean with greater quality.

Bryan Unkles, founder of Cafeology, said, “I learned about the destructive effect some coffee farming was having on the natural habitat while visiting our central American growers. With Cafeology’s core principle of ‘great coffee, great cause’ in mind, we looked at ways of addressing this, which resulted in the launch of our bird friendly coffee in 2014”.

“The coffee is certified by the Smithsonian Migratory Bird Centre in Washington DC, which is considered the gold standard for shade-grown coffee.  It is also endorsed by the RSPB, who receive a donation from the sale of every tin”.

Cafeology has previously been presented with a Guardian Sustainable Business Award and was named Outstanding Business of the Year at the RSPCA’s ‘Animal Hero’ Awards.

Unkles added - “As the UK’s demand for coffee continues to grow, we have a duty to think about our consumption and how we can minimise any harmful effects on the tropical rainforest and its biodiversity.”

Following the success of its scheme in Guatemala, Cafeology has extended into Nicaragua,

Cafeology has been based in Sheffield since 2003 supplying coffee, tea and hot chocolate to outlets across the city, including Sheffield and Hallam Universities.