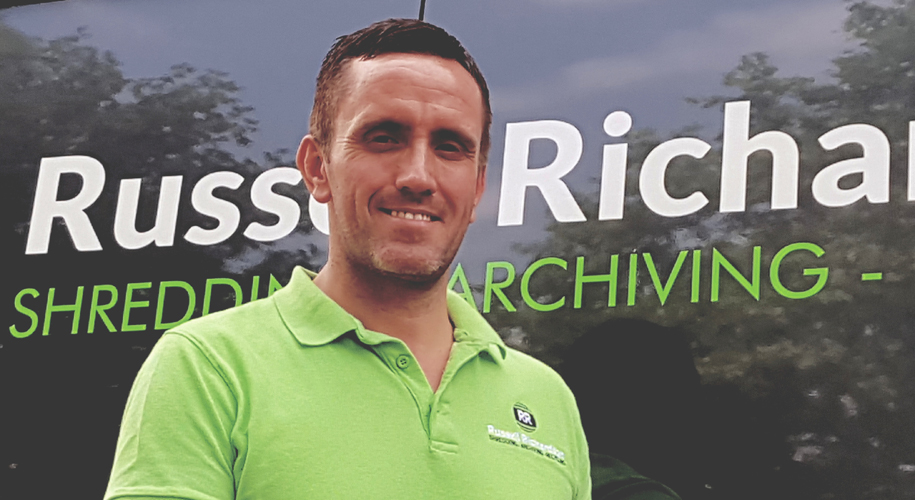 Simon Harrison takes over the smooth running of the Attercliffe company’s nationwide collection fleet and warehouse and its mega shredder, which destroys up to seven tonnes an hour.

The 39-year-old from Huddersfield was previously a deputy manager for global logistics company XPO Logistics. Simon grew his career with XPO, having joined Christian Salveson at the age of 23 after a period in engineering.

He said: “I join Russell Richardson as it goes through a period of unprecedented growth, an exciting time.”

The confidential waste shredding, archiving and recycling company is now seeing over 200 tonnes of paper waste arrive at its Attercliffe headquarters each weekly – more than double that of two years ago.

The new site on Park House Lane triples the company’s base and the move will be phased over four months to avoid down-time.

Russell Richardson’s MD Jonathan Richardson said: “Simon’s skills have been honed with a multi-national company and make him a major asset to the team. He has many years of experience and has managed large teams, and his background in engineering is another major benefit to us.”