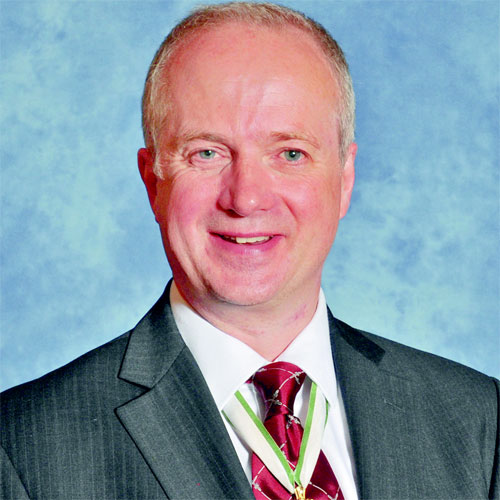 Sheffield has welcomed its latest Master Cutler in a tradition dating back to 1624.

Richard Edwards was installed following a ceremony at the Cutlers’ Hall and Sheffield Cathedral attended by several hundred Freeman and Friends of the Company.

The new Master, who was born and brought up in Sheffield, said he saw the coming year as one with challenges but also opportunities.

“Devolution, for example, could be an opportunity for a dynamic elected mayor to create a positive climate for investors to increase wealth and job creation,” he said.

“In addition, we, as manufacturers, welcome the concept of the Northern Powerhouse. The great cities of Sheffield, Manchester and Leeds need to compete globally while at the same time being seen as both different from and complementary to London. For this to happen, good transport links are vital. The issue of HS2 needs to be firmly resolved but we should not forget that 70 per cent of all goods are transported by road. For the Northern Powerhouse to succeed the road network needs substantial investment from central government.”

The new Master reiterated the request of previous Masters that the government produce a clear, long-term industrial strategy to reduce uncertainty and encourage investment. He said it was of particular urgency given the steel crisis of the past year and exit from Europe.

The Master Cutlers’ Challenge this coming year will be in aid of the Children’s Hospital and Cavendish Cancer Care. It will be led by the new Mistress Cutler, Julie Edwards.

The Cutlers Company was formed in August 1624 to protect the city’s craftsmen and their craft. It now represents the wider manufacturing interests of the region.