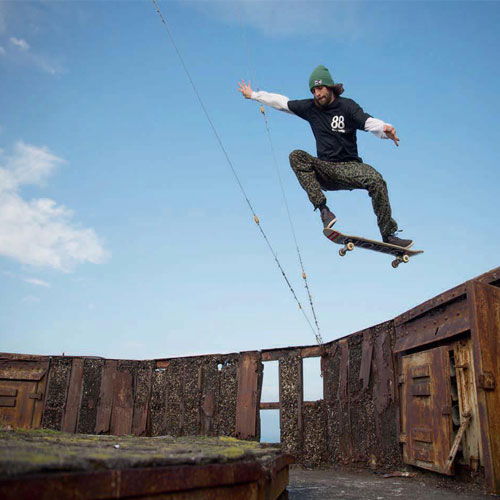 The video is one of many adventure films made by Sheffield’s Salt Street Productions, a small production company set up by Ed Birch two-and-a-half years ago that has gone on to produce some incredible viral videos featuring extreme sports. We caught up with Ed, who now heads up a team of more than ten producers and camera operators, to find out more about Salt Street, Sheffield as the Outdoor City and the secrets behind that ski village video.

Can you explain how Salt Street Productions first started?

I’m originally from Norfolk, I came to Sheffield to study Photography at Hallam then moved into the world of film. I just loved the city, stayed on and set up my own business. It all began when I started entering films into the Sheffield Adventure Film Festival (ShAFF) and they started doing quite well, so I set up my own production company and it’s grown from there and now we’ve built up the team to a reasonable size.

Where do you get your inspiration for your films?

I’ve always been into my sport, and always been interested in the outdoors. Coming to Sheffield and having the Peak District on your doorstep gives you endless inspiration for sporting films, then there’s the urban stuff in Sheffield city centre – from parkour to skiing to skateboarding and BMX, there’s just so much going on.

How long does it take to make one of your videos?

It completely changes, on one of our viral videos it takes months of getting permission to get the film crew onto the location safely and legally, that’s minus weather, the weather might postpone it for another two months. Then there’s one or two actual filming days and then another couple for editing. So once you actually have the filming done, it’s a really quick process.

You’ve filmed all over the world, what have been your highlights?

We’ve been all over the place, from Europe to Africa to South America, really I mostly enjoy shooting in the UK, here in Sheffield is absolutely amazing, there’s so much you can do here. Red Run is our biggest film, it was filmed at the abandoned ski village, it’s used on TV on a regular basis and has more than 10 million views on YouTube. Then we’ve got Low Line, which is wakeboarding underneath Sheffield in the huge underground storm drain known as The Megatron. More recently we released Red Sands, which is professional skater Ben Grove skateboarding in the middle of the ocean on abandoned forts, which is pretty cool. Hopefully our next ones will be just as big.

You film in unusual, often abandoned locations, any funny anecdotes as a result of that?

In the latest film Red Sands, skating in the middle of the sea, we only had about three hours on the fort before the sea dropped to a point where we couldn’t get back onto the boat to get us home.

We hadn’t got all our shots done by the end of the three hours and the fisherman in charge of taking us back were desperate to get us back on the boat. In the end we had to jump from the jetty of this fort on to the boat whilst it’s bouncing up and down about five metres below. We were chucking cameras and drones onto the boat - that was a bit risky. There’s always funny moments when things don’t turn out how you want.

Finally, what’s the key to success when it comes to making a great adventure film?

I try and do everything differently, I don’t copy anyone. I try and film in an original way in original locations and I think that’s the secret – just try to be different. We don’t normally work with big names because people have seen them before, they’re not unexpected, I prefer to use up and coming talent, people who have a bit more drive. They’re not as worried about getting injured and they’re having a good time and getting the best tricks they can – big names might have a competition or be scared of injury, it’s difficult. There is so much talent in Sheffield, our skiers are all from Sheffield, in Low Lines the wakeboarders are all from Sheffield. We’re looking at using some parkour guys in our next lot of films, there’s so much talent here.

To find out more, visit www.salt-street.com 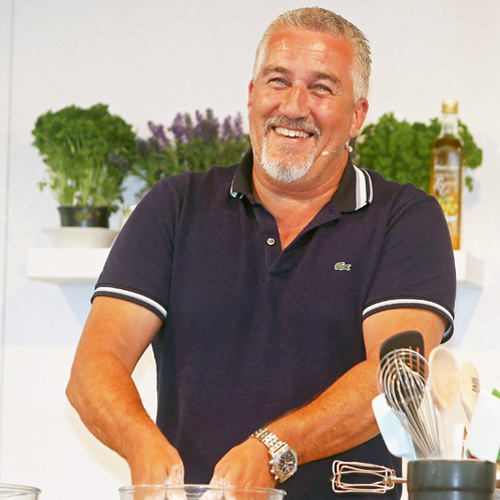 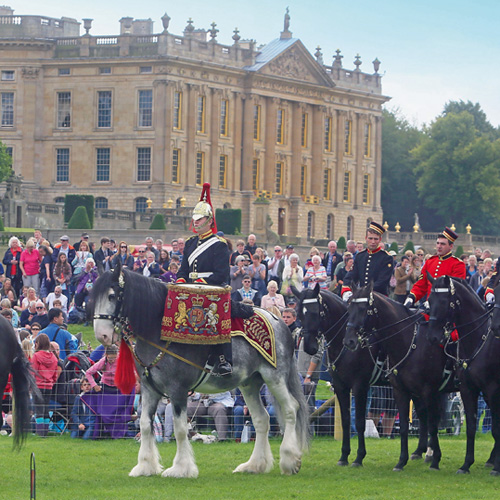 All you need to know about the Chatsworth Country Fair 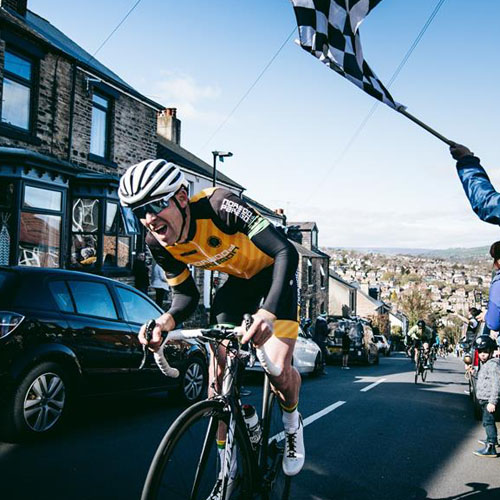 Festival of the Outdoors: Week Two