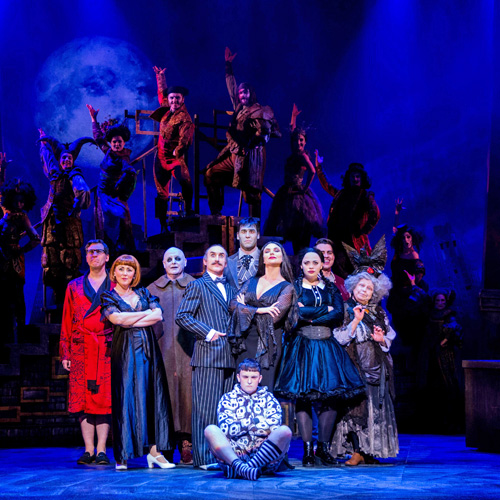 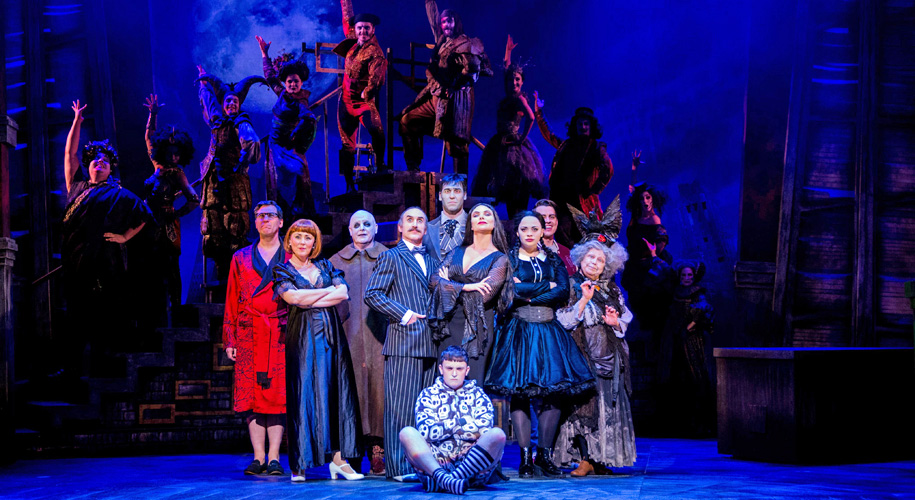 The cast of The Addams Family. Picture by Matt Martin.

With TV credits that include the likes of Eastenders, The Bill, Mount Pleasant and Game On, not to mention a film career (Up and Under anyone?) and a brief flirtation with music (Eurovision 1991), it’s perhaps surprising to hear that Samantha Womack would choose the stage before anything else.

Past appearances in the likes of South Pacific and Guys and Dolls (with Patrick Swayze no less) clearly fuelled a passion for theatre that now sees her playing Morticia Addams in the touring production of The Addams Family: The Musical Comedy.

“I just always wanted to go back to it, it’s always immediate and it totally recharges your batteries,” she explains. “There’s no waiting around, there’s no shooting scenes out of order, you’re very much in control of the performance from beginning to end. There’s just something about a live audience that feels very exciting, certainly with a musical that enhances the whole experience.”

After debuting on Broadway in 2009, this touring version of the show, produced by Aria Entertainment Music & Lyrics Limited, stops off in Sheffield from 12-16 September at The Lyceum. The reaction to the musical so far has been good.

“For a new show it’s pretty amazing,” adds Samantha. “Sometimes with new shows it can take a while to catch on but the word of mouth has been amazing. It’s a real hit.”

Like the TV show of the sixties and the films of the nineties, the stage version of The Addams Family takes a humorous look at a family with a difference. Wednesday Addams (played by Carrie Anne Hope) has grown up and has a shocking secret that only her father, Gomez (Cameron Blakely) knows – she’s fallen in love with a sweet young man from a respectable family. Keeping this a secret from his beloved wife Morticia, Gomez plans a dinner for his daughter’s new boyfriend and his family, which of course will be attended by the whole Addams clan, including Pugsley (Grant McIntyre), Uncle Fester (Les Dennis) and Lurch (Dickon Gough). Suffice to say, everything doesn’t go to plan.

If you’re thinking this is a family show, you’re right, but there’s much more to The Addams Family: The Musical Comedy than you think, which was part of the attraction for Samantha.

“I think it was the script and the music [that attracted me to the role],” explains Samantha. “Obviously I knew The Addams Family and in my head I was thinking ‘this is going to be just another generic family show’. I wasn’t expecting it to be as beautiful as it is, it’s very layered and it’s very eerie but it’s very stylish.

“It’s very operatic at times, a bit like Sweeny Todd mixed with Rocky Horror… it’s a lot more than you expect. Adults are loving it – it’s something for the whole family.

“We’ve got audiences who are killing themselves laughing with it, which is so nice. The design looks beautiful as well, it looks like a Broadway show, very classy.”

The role of Morticia Addams is predictably over the top – she sings, she dances and pretty much makes her presence felt in every scene she appears in. Despite the length of the tour – it started in April and finishes in November – I get the impression that Samantha is having a ball, aided by the closeness of the cast.

“We’re really tight, more than any other show I’ve done,” she beams. “We’re always out in restaurants or bowling, it’s become a real little family, that really helps. If you’re performing with people you really love and you spend a lot of time with them, that’s such a bonus as it’s not always the case.”

When she’s not moving around, two days off each week also helps Samantha to see plenty of her family, particularly her daughter Lily who already has a keen interest in the arts.

“My son’s 16 and my daughter’s 12, but she’s in a school where they really support the arts so she comes when she can, I can’t keep her away, she lives in the theatre, she loves it. The hard thing is just not being at home, not being in your own garden, missing the dogs, things like that.

“With a soap you can go home. The reason I did Eastenders was because I’d just had Lily and I wanted to stay at home. With other acting jobs you can be away for 12 weeks… so in a funny way you’re away longer with filming. Soap is the one that really keeps you in a family kind of environment, which is great, but then you’ve got those gruelling 14-hour days. Each job has its ups and downs.”

Travel could become a further part of Samantha’s future if the producers of this show succeed in taking The Addams Family: The Musical Comedy to Asia in 2018, something the Brighton born actress wouldn’t be averse to. “I’ve always wanted to work in Japan,” she says. “Working away is ok really, as long as I can get the kids with me. I’m a massive believer in experiences being just as important as education. I think kids that travel and get to see other things, if they can, is really great.”

Travel plans aside, could Samantha ever be tempted into taking part in a reality TV show?

“I’d never say never, you’ve got to work at the end of the day, but for now I’ve got my eyes on the acting. Strictly always looks like real fun, I like the idea you’re learning to dance. I’m dancing in this and I’ve really enjoyed it. It’s important to never say never to things as you look like an idiot when you end up doing it.”

You heard it here first, Samantha Womack would like to do Strictly!

While professing her love for the stage, there is one TV role that Samantha that is particularly proud of and something that she is perhaps not as fond of.

“I liked a character called De Pauli, she was in Liverpool 1, a kind of feisty Detective Inspector. I’m a fan of police dramas and she had a lot of edge, she felt quite spunky, and the writing was superb in that.

“There’s loads of things that I didn’t enjoy but I try not to regret anything because it all adds up to being where you are today. Eurovision, when I was a teenager, was insane and not particularly enjoyable.”

One thing is for sure, Samantha is certainly enjoying her role in The Addams Family: The Musical Comedy. Catch it while you can. 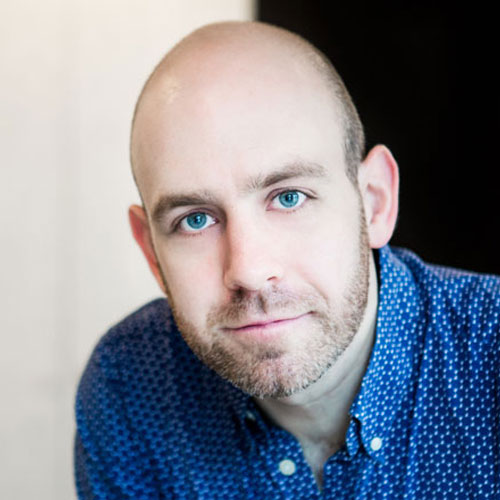 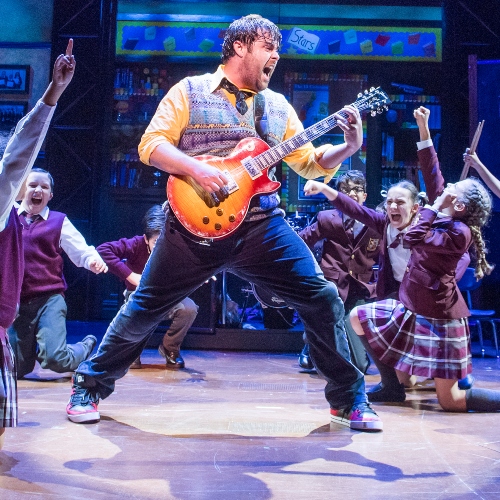