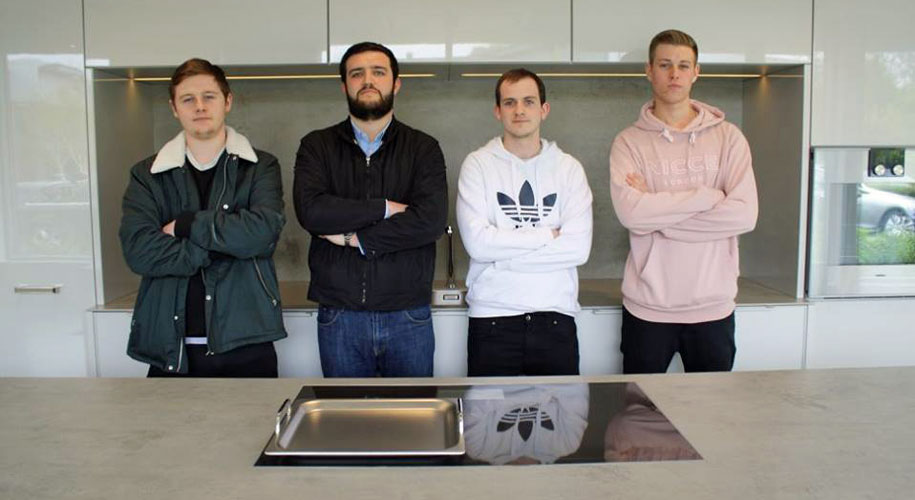 The oven gloves were off on Saturday, when four Sheffield chefs battled it out for the title of Westside’s Young Chef of the Year at the glamorous My Fathers Heart showroom.

Two at a time, chefs used the My Fathers Heart’s high-end cooking stations to create their signature dishes, which were then presented to a panel of judges. The winners were decided on the day but won’t be revealed until the Westside Restaurant Awards ceremony on Monday 5 June.

Elliott O’Neill of Nonnas and Dave Cockerill of The Tickled Trout were the first to put their skills to the test. Elliott presented the judges with pan fried cod loin served with a pea and basil arancini, Parma ham, lemon mayonnaise and pesto. Dave made lemon baked halibut in a gruyere crust with an artichoke purée, Jersey Royal potatoes, samphire, baby leaves, morel mushrooms and seasonal capers with shallot halibut chicken vinegar.

Guests then enjoyed a desserts demo by Stefan Rose, head chef at Craft House and Angelica in Leeds, who made a couple of beautiful desserts using My Fathers Heart’s cooking stations.

In the second round, it was the turn of Stephen Delmar from Brocco on the Park and Patrick White from the Peak Edge Hotel to take to the cooking stations. Stephen prepared the only dessert of the day – poached rhubarb with sorbet, gingerbread mascarpone and rhubarb jelly. Patrick kept things seasonal, serving up lamb with fondant potato and sweet breads. 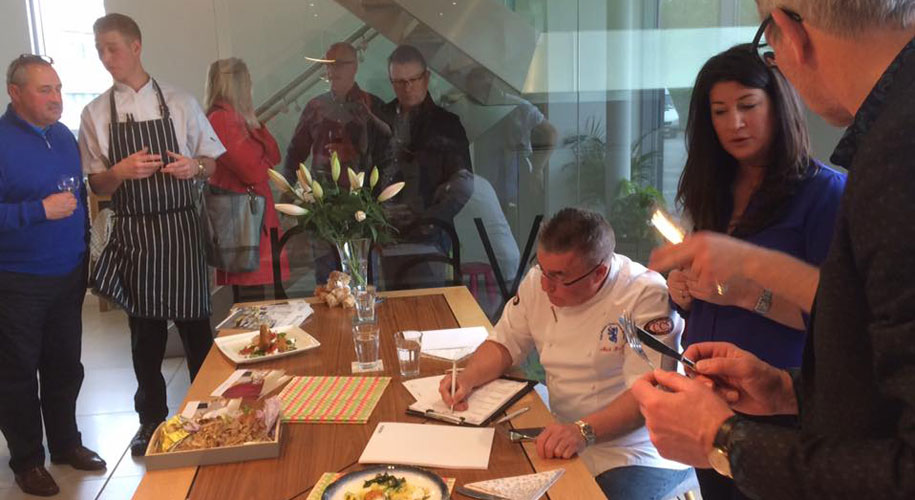 The judges choosing their winner

View all the dishes in our image gallery.

If you would like to attend the 2017 Westside Restaurant Awards Dinner at Baldwins Omega on Monday June 5, tickets cost £49.50 per person. The price includes a five course meal and welcome drinks. Contact Martin Edwards at martin.edwards@rmcmedia.co.uk