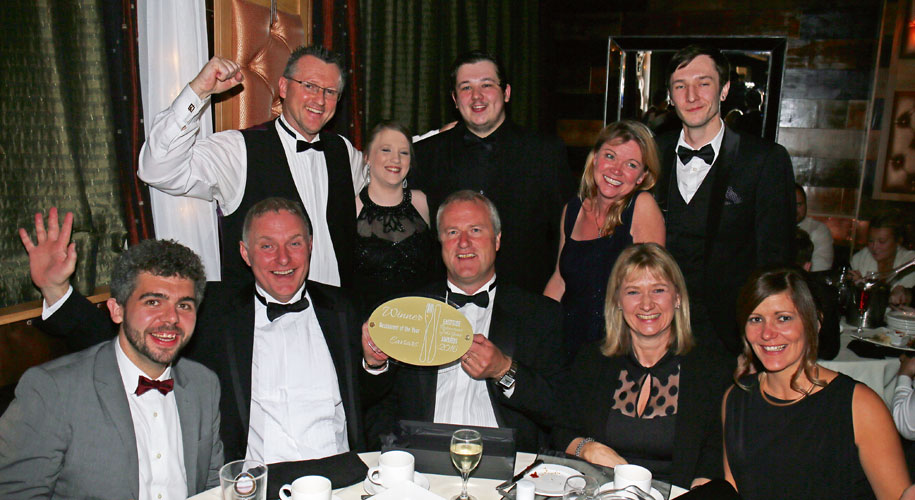 2017 restaurant of the year winners Caviars of Bawtry

This year, the awards are bigger and better than ever

It’s one of the most glamourous events on the social calendar for foodies in Doncaster, Bawtry and surrounding areas, and this year the Eastside Restaurant Awards is set to be the biggest event yet.

On the evening of Monday 9 October, Doncaster Racecourse, home of the St Leger Festival and the venue over the decades for many a classic sporting contest, will host our annual celebration of the region’s culinary superstars.

This glamorous black tie event has quickly become established as one of the big nights of the year in the social calendar; it also offers a huge boost to the local restaurant scene. Winners enjoy their moment of triumph and all the nominated restaurants bask in the glow of positive publicity, as we shine a spotlight on the region’s culinary scene, from ultra-modern contemporary bistros to cosy cafes, and everything in between.

For previous winners, recognition at the Eastside Restaurant Awards has driven customers through their doors, as Eastside’s readers flock to discover what makes our winners so special. In 2016, Coleman’s Pizzeria and Steakhouse of Bawtry took home the Readers’ Choice Award, it was the restaurant’s second Eastside award, having taken home the Best Newcomer prize in 2015.

Collecting the award on behalf of his son and daughter-in-law, John and Sarah Coleman, Kevin Coleman said: ““I think it’s the staff that make them stand out. They work really hard.

“When we heard we’d not got Best Bar and Grill, we were gutted so this was a nice surprise. We are now looking to expand with a new restaurant in Doncaster and a gourmet take-away in Bawtry.”

Having scooped Best Contemporary and Restaurant of the Year awards, it was Caviars of Bawtry’s innovative take on modern British cuisine and an extensive, well curated wine list that really caught the judges’ eye in 2016.

Kevin Firth, owner, said: “It feels absolutely fabulous to win, Caviars have been nominated four years in a row, it’s taken us a long time to win but I think with head chef Billy Frost’s hard work we’ve finally got the big prize. Billy is only 24 but he’s doing some great things in the kitchen.”

This year’s event promises to be the biggest yet and for all restaurant, hotel, café and pub owners who have not yet taken the plunge... there is still time! To make sure your establishment is under consideration for the big prizes in 2017, contact Eastside’s publishing manager Terri Moore by email or by calling 07841 1901212 by 31 August.

To secure your place at the Eastside Restaurant Awards Dinner, book now. A table for ten costs £400, individual places are £50 per head. Contact Eastside publishing manager Terri Moore at terri.moore@rmcmedia.co.uk