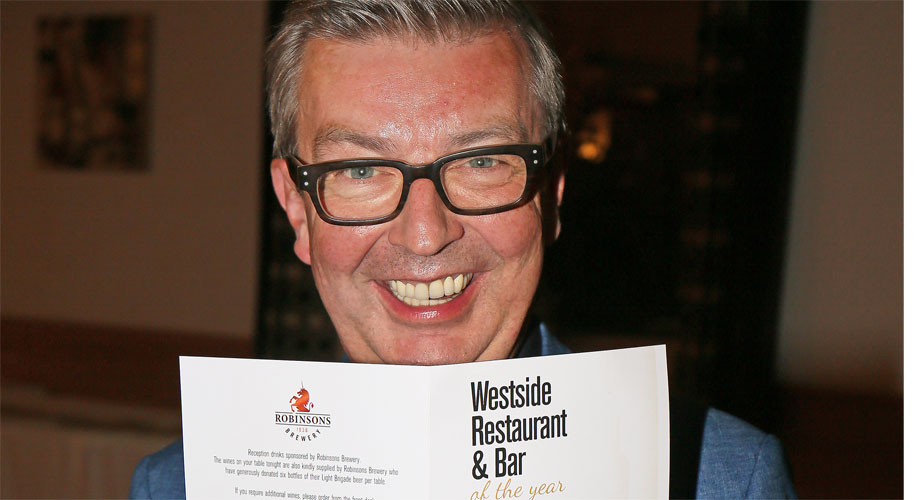 Once again, the very best of Sheffield’s dining scene turned out for one of the most glamorous and prestigious events on the restaurant calendar – the 2018 Westside Restaurant and Bar Awards

While it may have been the end of an era, as representatives from the region's finest eating establishments gathered at Baldwins Omega for the final year, it was clear that the local dining scene continues to go from strength to strength.

In the biggest awards yet, more than 200 restaurant owners, chefs and front of house staff celebrated just what makes eating out at these local eateries a true pleasure, from the quality of the food to the service and ambience.

Greeted on arrival with a chilled glass of fizz - supplied by Robinsons Brewery of Stockport, who also kindly donated a stunning selection of wines and beers for the tables - our guests gathered to toast those establishments that have reached the heights in cooking and serving food for a very demanding public, and to find out who had won the top prizes.

Robinsons were also the driving force behind the evening’s very special charity raffle, with all the money raised going to Help For Heroes, and as always, the food supplied by Baldwins was of the highest quality, with five stunning courses enjoyed by all.

Returning as compere for the third year was Great British Bake Off’s Howard Middleton, who through his magnetic one-liners and presenting made for the perfect master of ceremonies. We also heard from Chris Wilson, managing editor at RMC Media, who thanked My Fathers Heart - sponsors of the Young Chef of the Year award - Robinsons Brewery, Baldwins Omega and all the restaurateurs who made the night so special.

The judges had an enjoyable time assessing this years’ nominees, but as usual, choosing who would be crowned Westside’s Restaurant of the Year was no mean feat. Luckily, we had Howard on hand, alongside guest judge John Price - a tireless fundraiser for Weston Park whose knowledge and enthusiasm for the Sheffield restaurant scene proved invaluable.

As guests enjoyed the fabulous food and drinks, 14 winners were announced, and each received a bottle of Montelvino prosecco, kindly donated by Robinsons Brewery.

Once the awards had been dished out and the plates had been cleared, it was time to hit the dancefloor until the early hours.

Click here for the full list of winners at the Westside Restaurant and Bar of the Year Awards 2018.

Lewis is Westside's Young Chef of the Year.