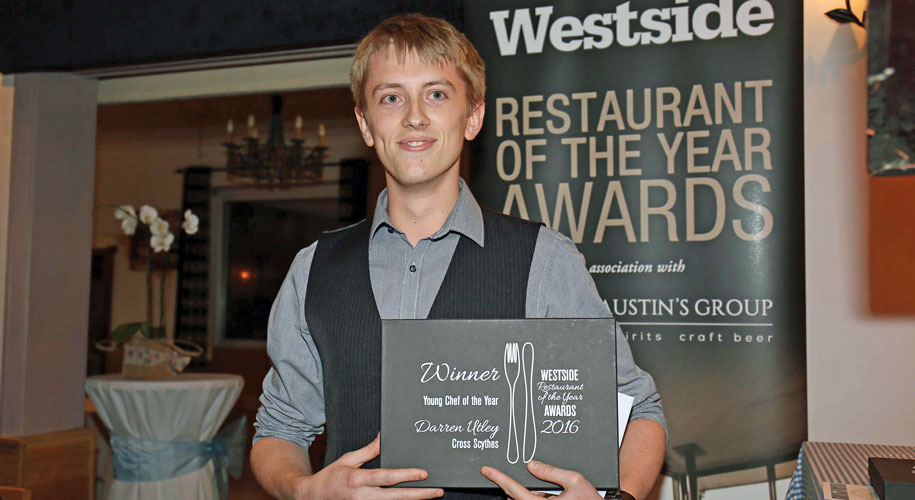 Last year's Young Chef of the Year, Darren Utley of the Cross Scythes

For the 2017 Westside Restaurant Awards sponsored by My Fathers Heart, we have introduced a new Masterchef-style competition for our Young Chef of the Year award.

We have asked the region’s restauranteurs to nominate the young culinary stars who they believe have a bright future in the kitchen. After a huge number of nominations, we can now announce our four finalists.

Taking part in the final will be Elliott O’Neill from Nonnas, Dave Cockerill from the Tickled Trout, Stephen Delmar from Brocco on the Park and Patrick White from the Peak Edge Hotel.

In the battle for the top spot, finalists will take part in a cook-off at My Fathers Heart on Broadfield Business Park, in May. They will be given an hour to prepare their signature main course using My Fathers Heart’s top-of-the-range cooking stations, before presenting their dish for judging. 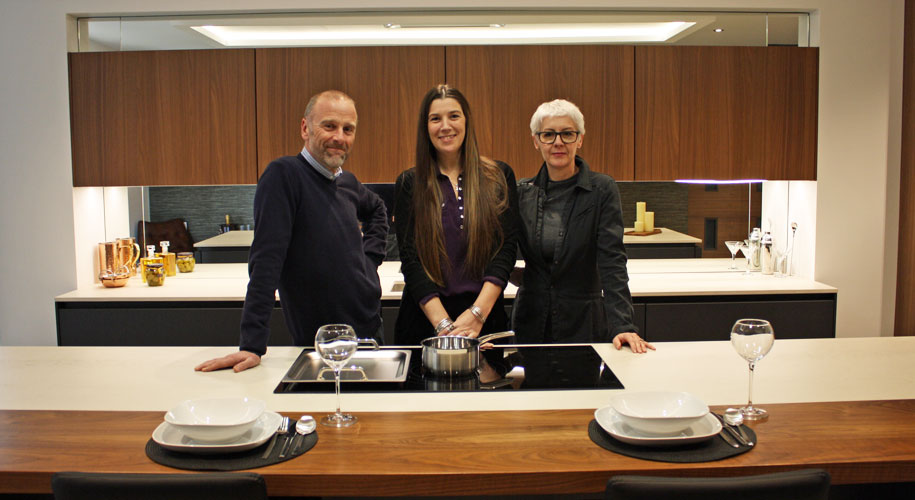 Jonathan Coulthard, Harriet Coulthard and Su Sutton of My Fathers Heart, at one of the top-end cooking stations which will be used in the final.

The judging panel will be headed by Mick Burke, who set 1,400 students on the path to become professional chefs during his 37 year tenure at The Sheffield College. Mick is a Fellow of the Master Chefs of Great Britain, one of only two Fellows in education in the UK. He was also a driving force in the design and development of The Sheffield College’s £1.2million state-of-art catering wing.

Stefan will also be demonstrating how he creates impeccable Yorkshire desserts and confectionary during the day of the final.

The winner will be decided on the day, but will be kept a closely guarded secret until the Westside Restaurant Awards ceremony on Monday 5 June – check out the full shortlist for the awards.

If you would like to attend the 2017 Westside Restaurant Awards Dinner at Baldwins Omega on Monday June 5, tickets cost £49.50 per person. The price includes a five course meal and welcome drinks. Contact Martin Edwards at martin.edwards@rmcmedia.co.uk