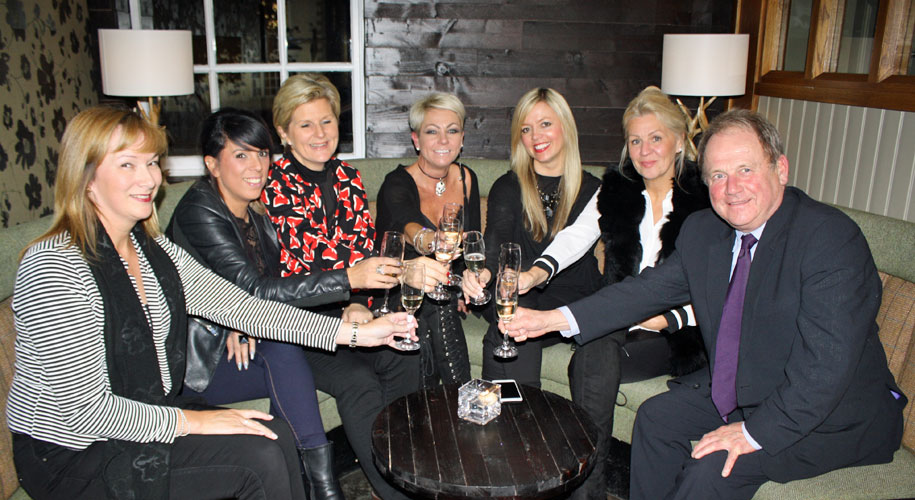 Eastside kicks off Christmas in style

It’s become an annual tradition that kicks off the festive season at Eastside, the gathering of the great and the good of Bawtry’s business people to try a selection of fizz, all to help Eastside readers decide which bottles to pop on Christmas morning.

This year, our tasters were asked not only to score their fizz out of ten but also to identify what they were drinking, as they were served a selection of champagne, cava, prosecco and English sparkling wine.

The Crown Hotel, Bawtry, provided suitably luxurious surroundings for our tasters, and served stunning platters of food to keep stomachs lined during the tasting.

Ten bottles of fizz were tasted, ranging between £4.49 and £27.99 in price, from a range of specialist suppliers and supermarkets. The panel, made up of representatives from Eastside, The Crown, Chique, Rotherham Hospice and Emma Gosling PR were both critical and complimentary during the tasting, with some samples being accused of being ‘off’ and others receiving full marks.

To find out the winner of the 2016 Eastside fizz tasting look out for Eastside December.