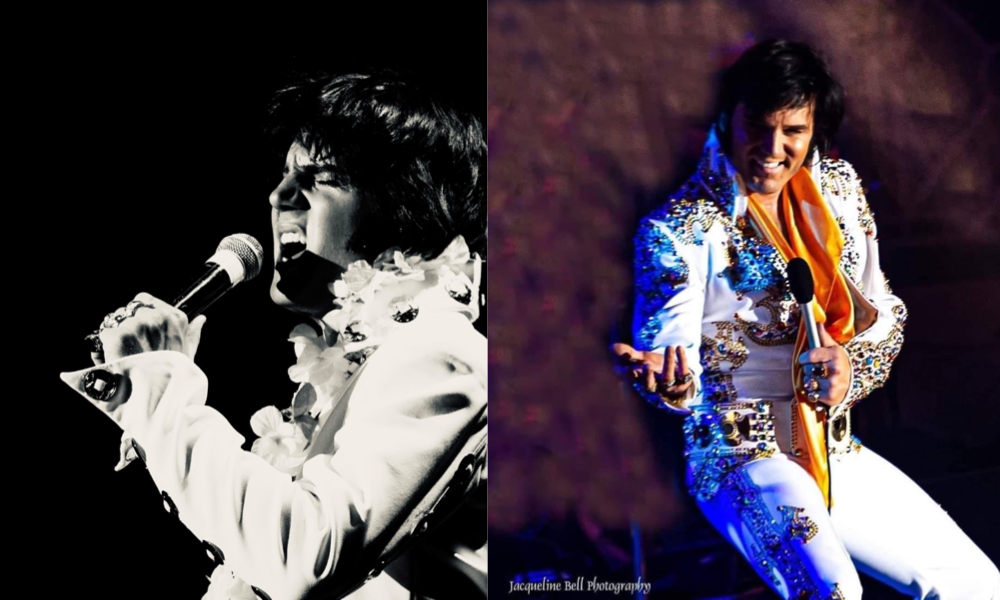 Endorsed by The Telegraph -  'The best Elvis tribute show in the World'.

Voted by the first ever worldwide Elvis Presley fan poll as - The greatest Elvis Tribute in the World !  - awarded in Memphis.

Martin Fontaine – (actor in the Elvis story) quotes publicly: “Chris Connor is to me the closest thing to the King I’ve ever heard and ever seen in my life. I’m in shock, it’s simply amazing….”.

Jerry Shchilling (member of The Memphis Mafia and close friend) quotes on live Australian TV: " I have been following Chris Connor’s career - he is simply the best out there".

Starring and produced by world renowned Elvis performer CHRIS CONNOR. With his 12 piece live band 'THE STEELS', & backing vocals by ' The Sweet Harmonies' .

This show respectively and authentically recreates ELVIS at his very best recreating 2 concerts - selling out in all theatres!

You will simply feel that you have been transported back in to time.

If you were not lucky enough to see Elvis live, you will walk away from this concert feeling that you have! many Elvis  fans are left emotionally moved when they leave the show.

There is only ONE Elvis Presley, however fans all around the world are talking about CHRIS CONNOR who is remarkably so very close to Elvis in both looks and voice and mannerisms.

Chris Connor’s manager, Lisa Matthews says  “Chris has built a huge following all around the world.  He is shy and very humble off stage, however on stage he transforms into Elvis, it can be at times very spooky. Chris makes sure that his tribute is respectful at all times, and as authentic as possible.  Audience members are left in tears and in shock during and after the shows, with the very  close likeness in looks, voice, mannerisms and moves. Chris has worked very hard to become the world leading Elvis Performer, and he is very  grateful for the continued support he receives from all fans across the globe.

This show is made by Elvis fans for Elvis fans. You seriously do not want to miss this electric show!”.

Enter to win a pair of tickets:

Enter now for your chance to win