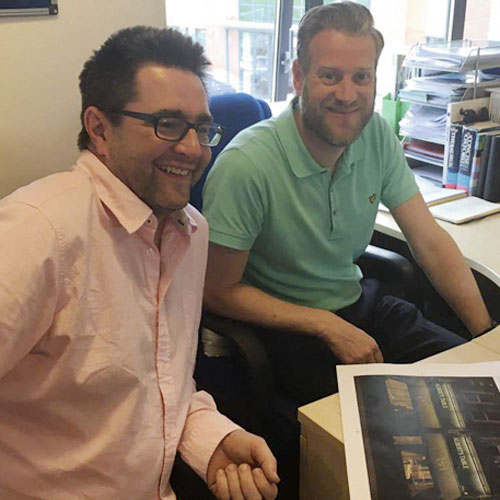 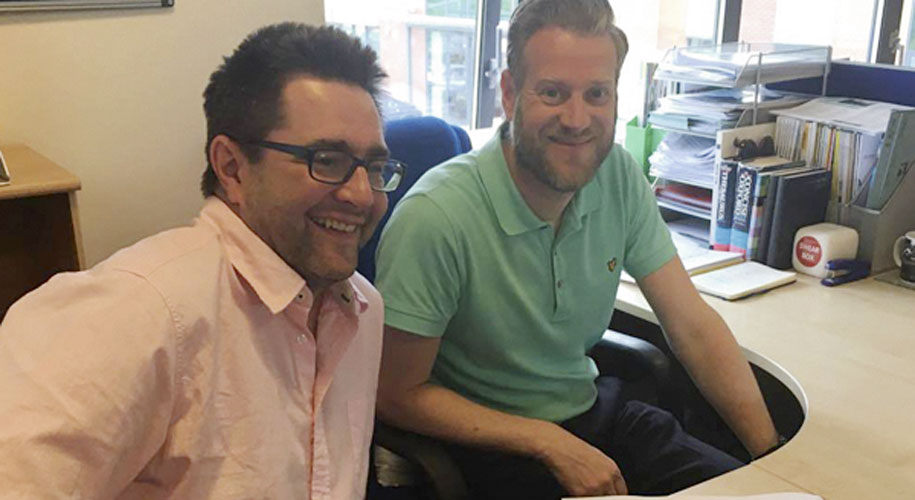 Chef Joby Wells took a well-earned break from the kitchen to get a taste of his new book.

Chef Joby Wells took a well-earned break from the kitchen to get a taste of his new book.

Joby, of Albert’s Table restaurant, was welcomed to RMC Media’s HQ in Sheffield, where design supremo Richard Abbey was waiting to unveil the final version of his forthcoming book, A Year at the Table.

For the Croydon-based restaurateur, the moment was the fulfilment of a long-held ambition to have his own cookbook. And his verdict? “Stunning!”.

The recipe for a successful book project has produced spectacular successes for chefs and restaurants across the country. RMC Media are specialists in cookbooks, and pride themselves on an a la carte service.

Designer Richard said “It’s always a special moment when the client sees his or her book complete and on screen for the first time. It’s at that point they get really excited because it’s almost as though they suddenly realise the book is going to become a reality. We invite them to come to our office and give their book a last check over before it goes to press.

“Then there’s the countdown to delivery day a couple of weeks afterwards, the point when the finished books arrive and the Champagne comes out to celebrate the launch. Most clients like to savour that day privately with friends, family and staff, before the book officially goes on sale to restaurant customers and other fans of good cooking”.

Final approval day is the pinnacle of a bespoke plan which covers every aspect of production, photography on location, and the services of an editor/writer as well as taking care of the business end of the project. RMC Media works alongside each client to ensure sales and profits are maximised.

To find out how RMC Media can help you realise your dream of having your own cookbook, email martin.edwards@rmcmedia.co.uk or call 0114 250 6300.