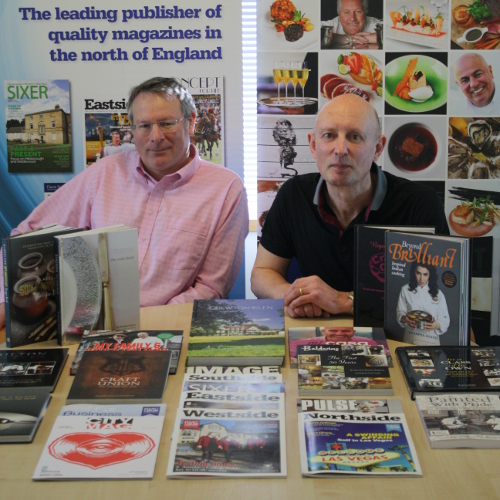 It was a turbulent year for the world at large – but at RMC Media, we kept our heads down and carried on doing the thing we do best.

And in 2016, we did that thing – publishing books of the very highest quality – better than we ever have before.

It was a record 12 months for our small but passionate team, with more books produced than in any previous year – and 2017 is set to be just as exciting.

Looking back at some of our highlights from 2016, the thing that stands out is the diverse range of people we’ve worked with.

Anneeka Ludhra is no professional chef, but her dream was to create a cookbook – and in the process celebrate the wisdom of Indian grandmothers. The result, ‘Dadima’s’, is a unique project which was a smash hit on Amazon – and made Anni hot property in the process.

Amongst others, we also published books for a beloved local brewery, as well as a corporate chef cooking up a storm in the city of London. From big to small, we did it all in 2016.

It wasn’t just cookbooks though – this was also a busy year for our thriving private commissions business. In March we published ‘Painted With Pride’, Malcolm Leary’s story of the incredible Sheffield woman who set up a charity to rehabilitate injured WWI soldiers. Malcolm is donating proceeds from the sale of the book to Help For Heroes, which looks after today’s wounded servicemen.

In August we worked with a true Sheffield legend: John Burkhill, better known as the city’s wig-wearing fundraiser ‘the Mad Man with the Pram’. All proceeds from the sale of John’s autobiography, ‘Distance No Object’, are being donated to Macmillan Cancer Support.

It’ll be tough to top those 12 months, but 2017 is already shaping up to be just as good. This year, we’ll publish a cookbook for a Michelin restaurant in London; a wartime memoir for two charismatic sisters; and an incredible third book for the nation’s favourite fish and chip restaurant, the Magpie Café, whose two previous titles were both sell-out successes.

With much more to be announced very soon, the future’s looking rosy for RMC Media.